Mama June‘s looking for new ways to make that paper during the nation’s unemployment surge, and like several celebs before her … she’s turned to Cameo.

The perennially-troubled reality star popped up on the personalized video shoutout site, and based on her one review on so far … she’s doing awesome. 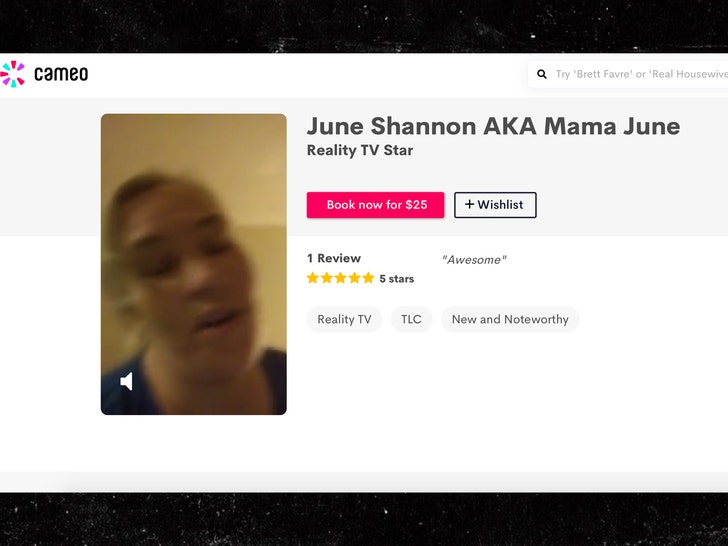 June’s asking price for a personalized vid is $25 — quite a bit less than other big names who partake in Cameo — but the cash can add up quickly if she gets lots of requests.

But check this out … her daughter Honey Boo Boo has been racking up the Cameo cash after joining the site just days ago … so there’s hope for Mama, too. 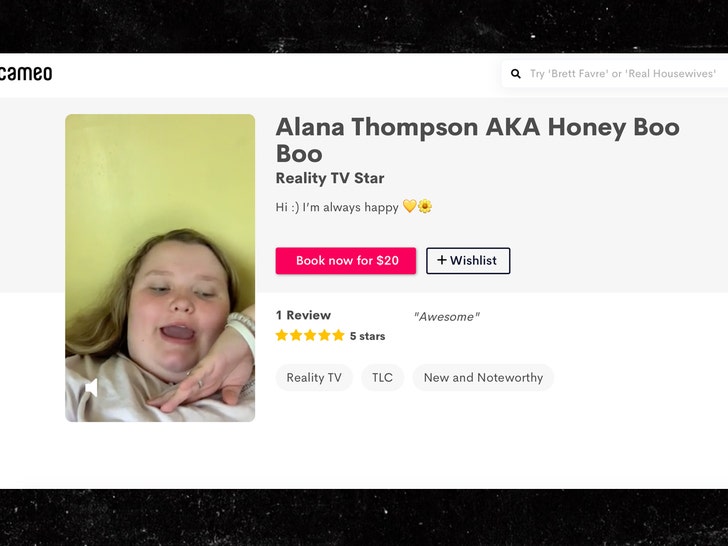 This isn’t the first new business venture for Mama June during the coronavirus crisis either. As we first reported … she also emerged on social media a couple weeks back to push a weight-loss product.

As far as we know, she’s still living at a casino with her boyfriend Geno, and even if the gambling’s shut down for now … it seems like June’s trying to build up her bankroll.