One strong woman. Though Mandy Moore quietly struggled with alleged psychological abuse from ex-husband Ryan Adams during their relationship, the This Is Us star didn’t let that put a damper on finding love again after they split.

“I was very hungry. I was not apprehensive at all. I knew that past situations didn’t define me and didn’t even define what love or marriage or relationships or any of that had to be,” the A Walk to Remember actress, 35, said in an interview for Michigan Avenue Magazine Opens a New Window. ’s May cover story about opening her heart again. “My experiences in the past were singular to that.”

Moore, who split from the music producer, 44, in 2016, has since moved on with singer Taylor Goldsmith, whom she wed in November 2018.

“I knew, even before I met Taylor, I would love again, and I would get married again, and I would have a family. And all the things I always hoped for and wanted, I still believed were out there and possible,” the “Candy” songstress explained to the publication. “Not to say that I didn’t have my own grief and pain and trauma to tend to, deal with, overcome and heal from, but it never affected how I feel about love.”

As for Moore and the 33-year-old Dawes frontman’s nuptials that took place at her home in Los Angeles, the New Hampshire native said their union “was inevitable” and “it was always what was going to happen.”

Moore added: “I was like, ‘Oh, this is what it’s supposed to be like. This is how life is supposed to unfold.’” 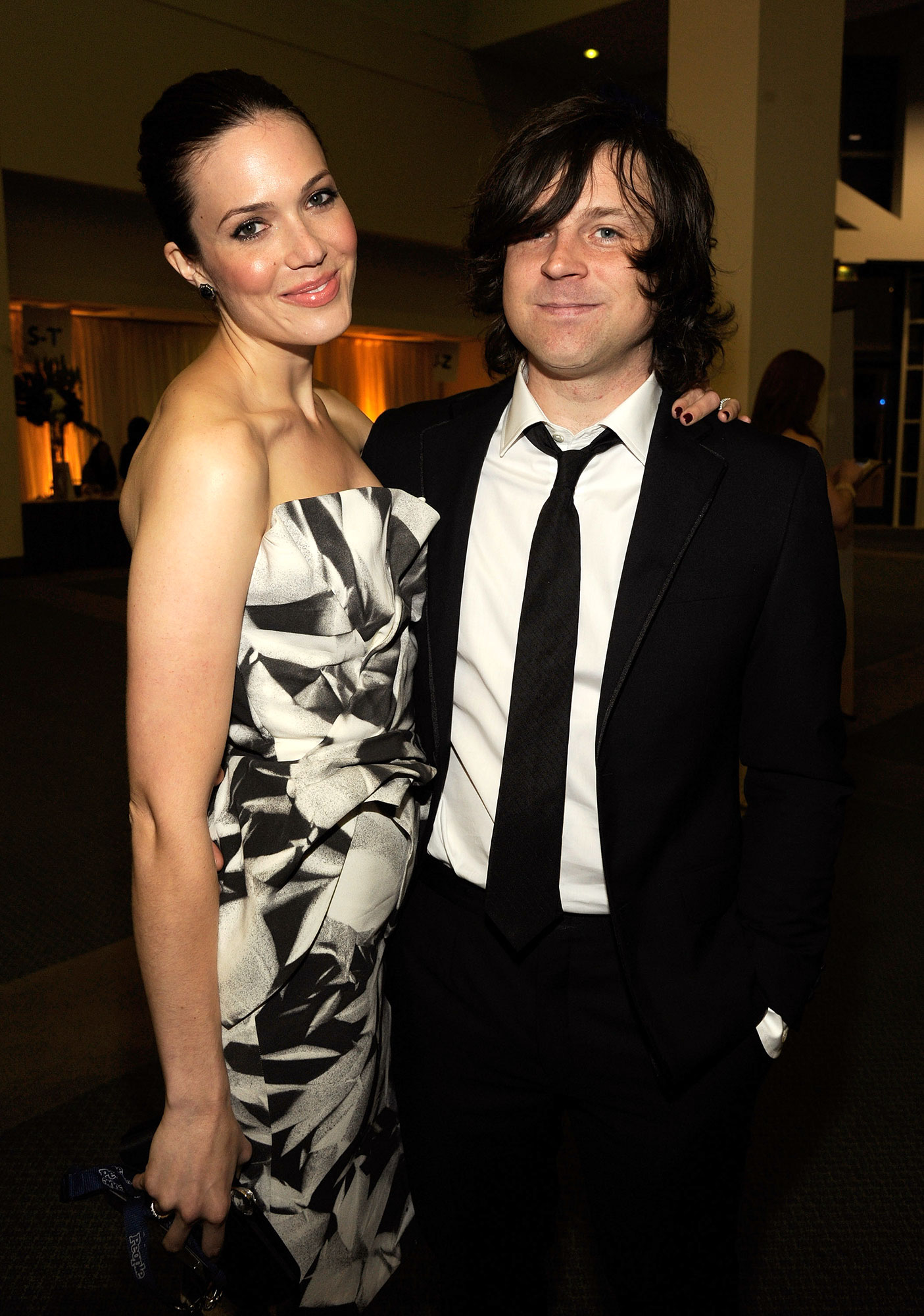 The Princess Diaries actress came forward with claims of abuse against Adams in an exposé published in The New York Times in February, in which six other women spoke out with similar allegations.

Adams released a statement to Us Weekly shortly after the story made headlines. “I am not a perfect man and I have made many mistakes. To anyone I have ever hurt, however unintentionally, I apologize deeply and unreservedly,” he said. “But the picture that this article paints is upsettingly inaccurate. Some of its details are misrepresented; some are exaggerated; some are outright false. I would never have inappropriate interactions with someone I thought was underage. Period. As someone who has always tried to spread joy through my music and my life, hearing that some people believe I caused them pain saddens me greatly. I am resolved to work to be the best man I can be. And I wish everyone compassion, understanding and healing.”

The following month, Moore opened up to Us about what sharing her story has meant to her and other women who are silently suffering.

“I’ve just been really emboldened by the support that, I think, myself and the other women that have spoken out in this particular situation have received,” she said. “It’s really heartening. And heartening to know that other women can look to it as an example as well. Like, ‘You’re not alone. You’re seen. You’re heard. You’re acknowledged. It’s real. And I’m so sorry.’”