Matthew McConaughey is famous for being a talented actor. But fans are just as enamored by his real personality, which includes a laid-back attitude and the tendency to play naked bongos sometimes. The 51-year-old Hollywood A-lister seems like someone who could be your best friend.

But McConaughey also knows when to step up when the situation demands. For example, fans can’t forget the time he threw a baby to protect the child from a wild animal. And this wasn’t part of an action movie — it was real life.

Matthew McConaughey took charge of his own destiny 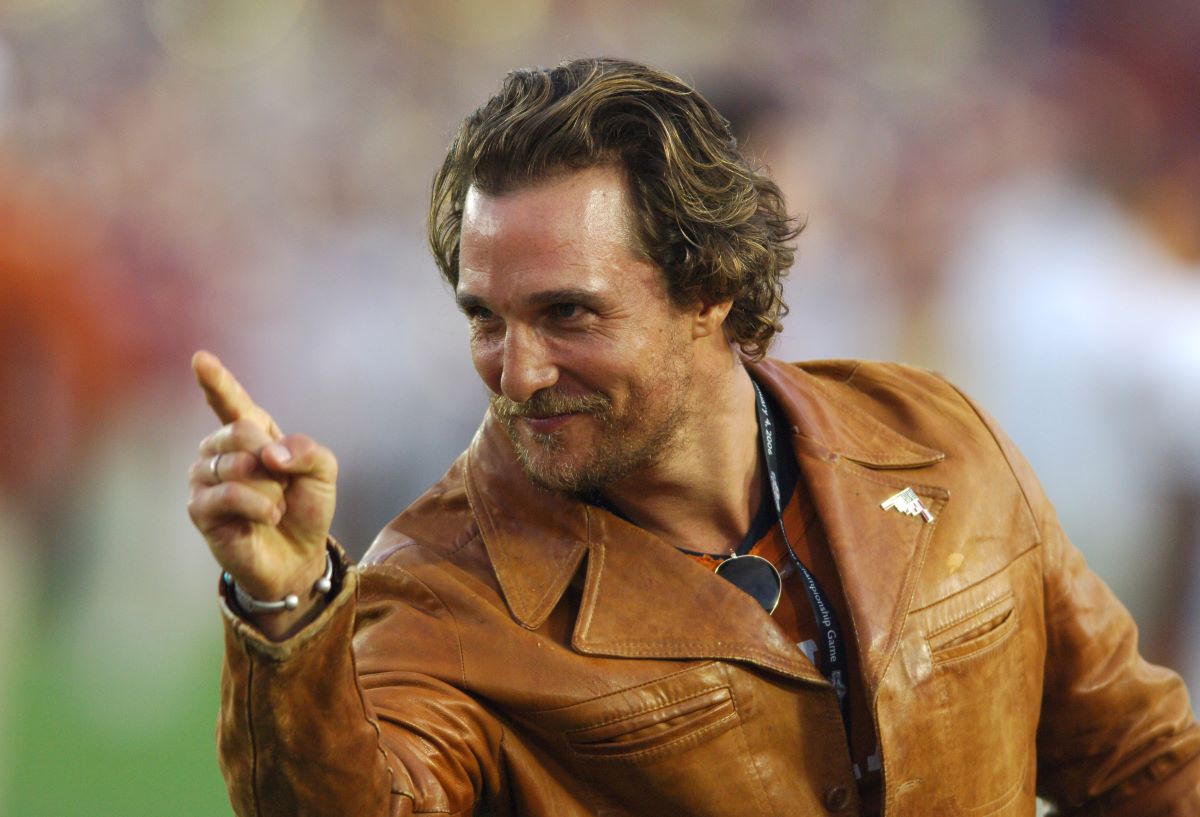 He may have a chill personality. But close friends of McConaughey insist he has an underlying ambition that helped him become a successful Hollywood actor. The story goes that McConaughey approached the Fast Times at Ridgemont High casting director at a bar and insisted he was right for the part. That tenacity paid off as the film became his breakout role.

Following the success of Fast Times, McConaughey went on to star in other popular movies including Angels in the Outfield (1994) and A Time to Kill (1996).

He settled down and started a family

After living for years as one of Hollywood’s most eligible bachelors, the True Detective star decided to settle down and start a family with Camila Alves, who he married in 2011. Their first son was born in 2008, followed by two more children in 2010 and 2012.

And one story about his real-life family is wilder than any movie script McConaughey signed on for. The actor recalled a time he had to save his son’s life in a dramatic way and insists the wild story is 100% true.

McConaughey threw his infant son to save his life

The tale comes courtesy of a 2018 interview McConaughey did with talk show host Jimmy Fallon as part of his “True Confessions” segment. The actor was there with rapper Black Thought and engaged in telling stories to root out the factual one.

“I got charged by a mountain ram at the edge of the Grand Canyon and had to throw my six-month-old child 15 feet in the air to save him,” McConaughey recalled. “After I had already got rid of the dog, I had to launch (my son) Levi through the air for my wife to catch so we didn’t get rammed off the edge. I squared off and tried to go as Yoda as I could with this ram and just say, ‘Not me.’”

While Fallon and Black Thought were skeptical, the Dallas Buyers Club star promises he really did face off with an angry ram while picnicking in the woods. At least everyone was safe in the end.