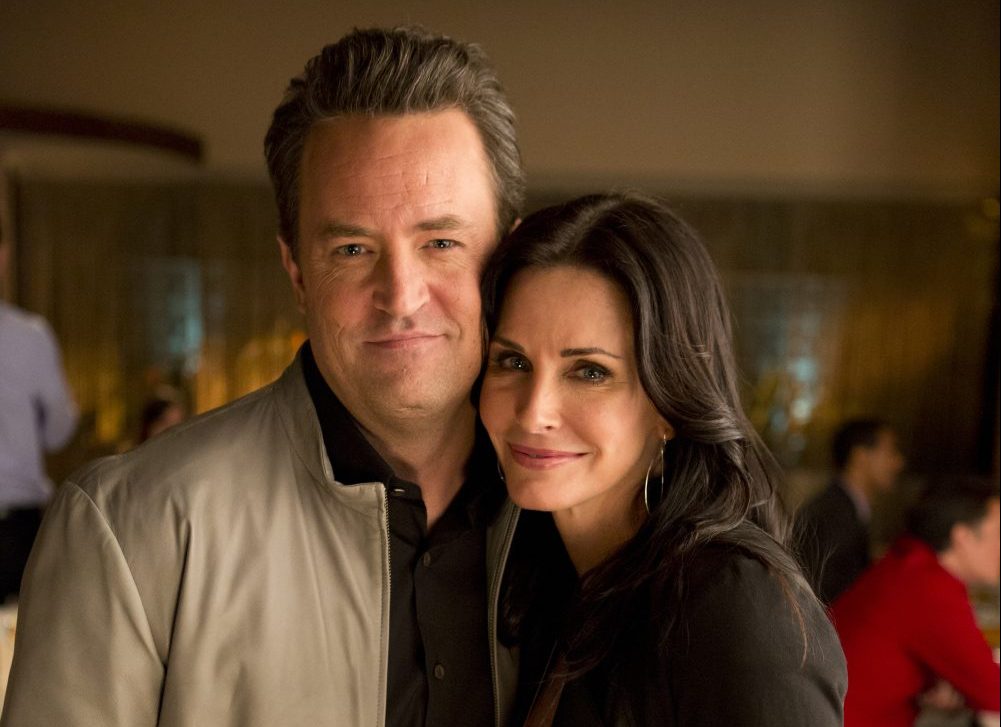 Courteney Cox has reflected on the tougher times her Friends co-star Matthew Perry has gone through, amid news he’s penning his autobiography.

The Friends cast were thrust back into the limelight big time last year when they gathered together for the show’s reunion, which saw Courteney, Matthew, and co-stars Jennifer Aniston, Lisa Kudrow, Matt LeBlanc and David Schwimmer act out iconic scenes and reminisce about their time on the sitcom.

For Matthew, 52, who has also battled addiction in the past, he admitted he was ‘freaking out’ during his time on the show, and that he ‘felt like he was going to die if they didn’t laugh’.

Speaking about her pal and co-star in The Sunday Times, Courteney, 57, said: ‘He’s just struggled for a while. I think he’s doing great now.’

Noting of his anxiety about delivering the laughs, the actress – who played Monica Geller, the wife of Matthew’s Chandler Bing – went on: ‘That was a lot of pressure he put on himself. That’s a lot to think how much he relied on that for his own self-worth.’

The cast has remained close since the decade they spent on screens – with Friends ending in 2004 – and on the close relationship she shares with Jennifer and Lisa Courteney added: ‘We’re just really comfortable. We’ve shared so much history together and we laugh. Lisa’s laugh alone is the most infectious laugh I’ve ever heard. It’s adorable. We have deep conversations, we also have silly times.’

It comes amid Matthew’s plans to pen his autobiography, which he announced last October, and what is set to give readers an ‘unflinchingly honest’ look at his life – including his 10-year stint on Friends, as well as his addiction struggles.

The 17 Again star completed two stints in rehab, and battled addictions to Vicodin and alcohol over the years.

The beloved Chandler Bing actor confirmed the news to People Magazine, and unveiled the title of his new book as Friends, Lovers and the Big Terrible Thing.

According to the publication, it will be released by Flatiron Books in November and we couldn’t be more excited to read it.

‘So much has been written about me in the past. I thought it was time people heard from me,’ he said of the release.

‘The highs were high, the lows were low. But I have lived to tell the tale, even though at times it looked like I wouldn’t. And it’s all in here.’

In true comic style, he added: ‘I apologise that it’s not a pop-up book.’