The ‘Savage’ hitmaker flaunts her natural face without makeup in a new social media post as she promises that she will not wear makeup until her Coachella performance.

Fans were quick to flood the comment section of Megan’s post with admiration for her natural and glowing skin, but they were not the only ones who were captivated by her beauty. A number of the rapper’s celebrity friends were also left in awe.

R&B singer, SZA, also gushed about Megan’s skin in the comment. “Ur skin !! Please tell us how we save ourselves,” she wrote. On top of that, former Disney Channel star Bella Thorne left a short yet lovely note that simply read, “beautiful.” Lastly, Megan’s judge partner in HBO Max’s “Legendary“, Dashaun Wesley, gave two fire emojis.

Earlier after uploading her bare face photos, the 27-year-old vowed in the caption that she was “really gonna try not to wear makeup until Coachella.” The music festival will kick off on April 15. The past few weeks, she had been getting her face snatched to perform at the 94th Oscars, and to attend and present at the Grammy Awards 2022. That said, the “Big Ole Freak” hitmaker might be giving her skin a break from putting on cosmetics.

Following up the post, Megan uploaded another barefaced selfie on her Instagram Story. She took the selfie in her car and used a filter that gave her a devil-like horn. 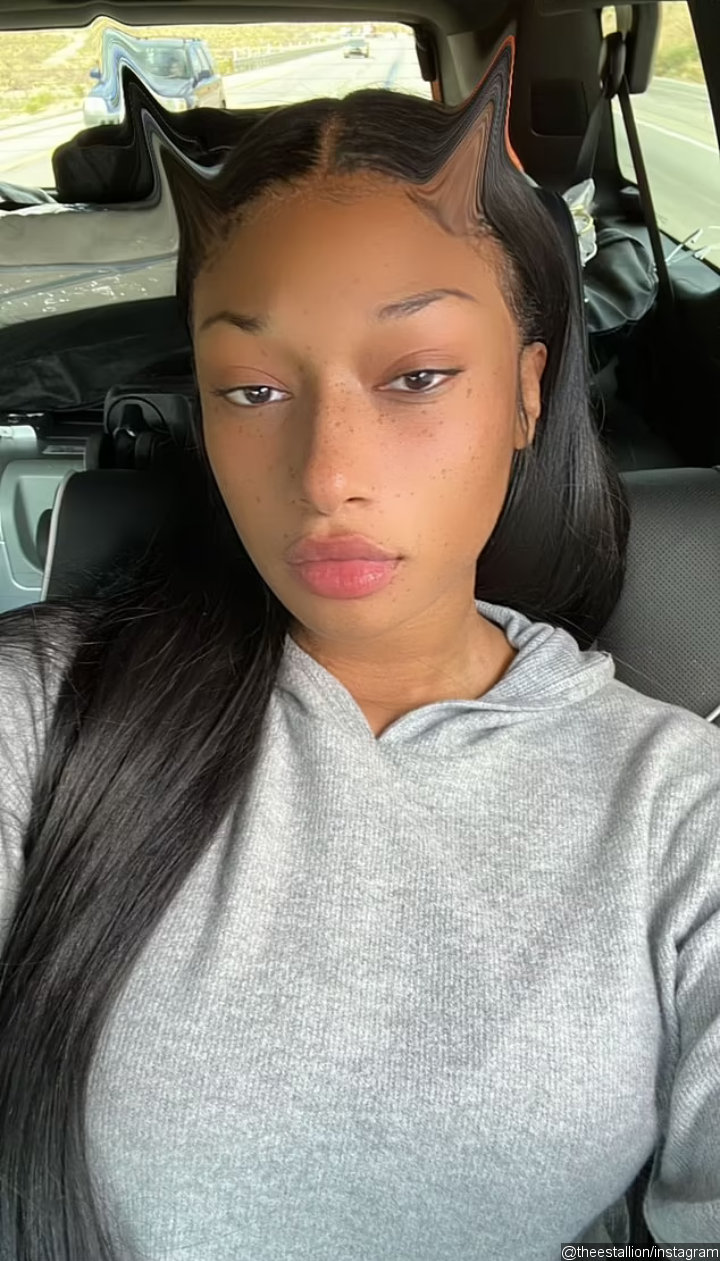 Megan Thee Stallion took a selfie of her bare face.

This was Megan’s second time showing her no makeup face on Instagram. In March 2022, the Grammy winner uploaded a mirror selfie of her natural face for some “me time” in between her hectic schedules of performing. She had also given tips on how she took care of her skin.