Meghan Markle shocked viewers on Sunday night during her 90-minute interview with Oprah Winfrey, Oprah With Meghan and Harry: A CBS Primetime Special, when she shared that she suffered from suicidal thoughts and went to senior members of the Palace asking for mental healthcare.

“I just didn’t want to be alive anymore. And that was a very clear and real and frightening constant thought,” Meghan shares of a time when she was pregnant with son Archie. “And I remember how [Prince Harry] just cradled me.”

Meghan says she went to the Palace asking for help, and was denied the ability.

Meghan did not share the name of the person who she spoke with at the time, but did say, “It’s a person. It’s several people. But I went to one of the most senior people just to — to get help. And that– you know, I– I share this, because there’s so many people who are afraid to voice that they need help. And I know, personally, how hard it is to not just voice it, but when you voice it, to be told no.”

She also shared that she was “really ashamed” to tell her husband, Prince Harry, about her feelings at the time

“Especially, because I know how much loss he’s suffered,” she says, later adding, “I don’t want to put more on my husband’s shoulders. He’s carrying the weight of the world. I don’t want to bring that to him. I bring solutions. To admit that you need help, to admit how dark of a place you’re in.” 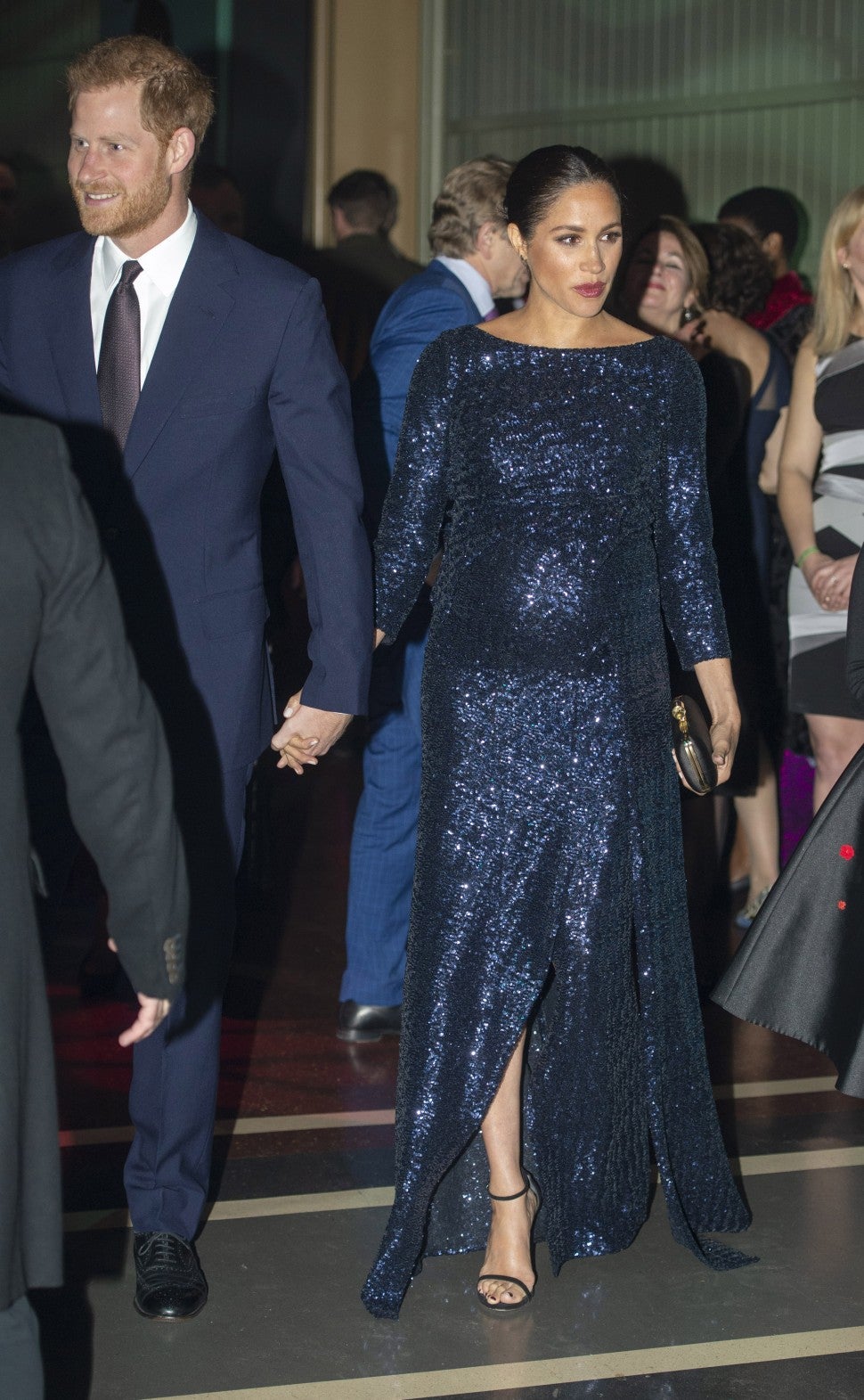 Meghan describes an official event she attended with Harry at the Royal Albert Hall in January 2019 the same say she told Harry about her suicidal thoughts.

“I remember him saying, ‘I don’t think you can go.’ And I said, ‘I can’t be left alone,'” she says. “That picture, if you zoom in, what I see is how tightly his knuckles are gripped around mine. You can see the whites of our knuckles, because we are smiling and doing our job, but we’re both just trying to hold on.”

Meghan noted that she wants to share her story so others understand more of what’s going on behind the scenes.

“That’s, I think, so important for people to remember is you have no idea what’s going on for someone behind closed doors. You have no idea,” she says. “Even the people that smile the biggest smiles and shine the brightest lights, it seems, to have compassion for what’s actually potentially going on.”