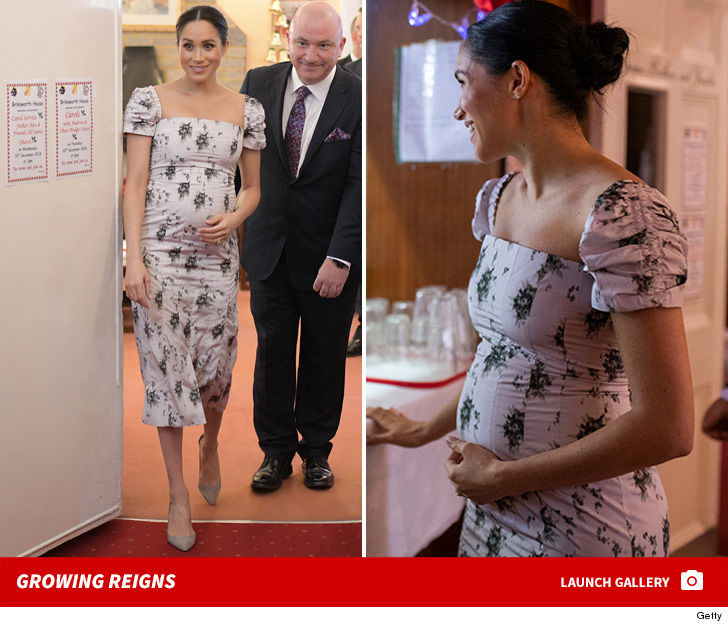 Meghan Markle says she’s doing well, but also notes that she’s “very pregnant” — and she couldn’t be more on the nose … as her baby bump grows larger by the day.

The Duchess of Sussex was visiting the Brinsworth House Tuesday in London — a nursing home that houses British entertainers — and she was speaking with former theatre actress Josephine Gordon who asked Meg how she was holding up heading into her 3rd trimester.

Meghan replies honestly … telling Ms. Gordon she’s feeling very much like a mom-to-be who’s about to pop. Meg asks Josephine if she had any children of her own, and you gotta see their exchange here … it’s pretty priceless.

Speaking of due dates, Kensington Palace announced Meghan’s as spring 2019 … but didn’t get more specific. Based on how big she looks here … a lot of folks are speculating she’s way further along. Meanwhile, others suggest she might be carrying twins.

Spring starts on March 20 … so time will tell.