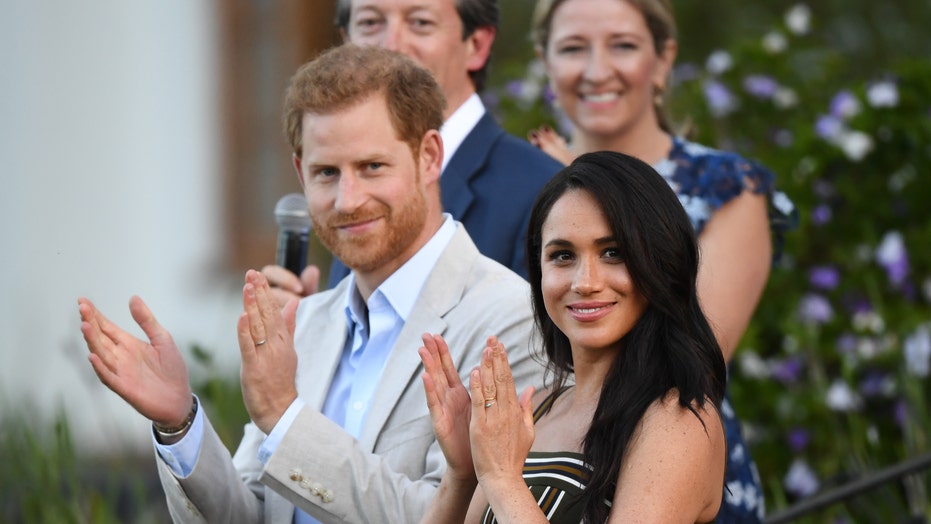 Prince Harry is speaking out against the treatment of his wife, Meghan Markle, in the "British tabloid media."

On Tuesday, the Duke of Sussex released a statement condemning the "British tabloid press" for waging a "ruthless campaign" against Markle "that has escalated over the past year" throughout the course of her pregnancy and while raising the couple's 4-month-old son Archie. Harry also revealed the pair would be taking legal action.

According to a legal spokesperson representing Markle, the Duchess of Sussex filed a claim on Sunday against the Mail — and its parent company Associated Newspapers — alleging "the intrusive and unlawful publication of a private letter written by" Markle. Although the suit does not name the specific letter, The Guardian reports that the Mail published a letter penned by Markle to her estranged father.

"There is a human cost to this relentless propaganda, specifically when it is knowingly false and malicious, and though we have continued to put on a brave face – as so many of you can relate to – I cannot begin to describe how painful it has been," Harry wrote. "Because in today’s digital age, press fabrications are repurposed as truth across the globe. One day’s coverage is no longer tomorrow’s chip-paper.

"Up to now, we have been unable to correct the continual misrepresentations — something that these select media outlets have been aware of and have therefore exploited on a daily and sometimes hourly basis," he continued, noting that this is why the Sussexes have decided to take legal action — "a process," according to Harry, "that has been many months in the making."

The 35-year-old royal's statement comes as the family's official 10-day tour of Africa draws to a close.

"The positive coverage of the past week from these same publications exposes the double standards of this specific press pack that has vilified her almost daily for the past nine months; they have been able to create lie after lie at her expense simply because she has not been visible while on maternity leave," Harry stated. "She is the same woman she was a year ago on our wedding day, just as she is the same woman you’ve seen on this Africa tour."

Harry went on to explain that for the "select media" he is referencing, "this is a game" — and it's one that the Sussexes "have been unwilling to play from the start."

"I have been a silent witness to her private suffering for too long," Harry said of Markle, 38. "To stand back and do nothing would be contrary to everything we believe in."

Harry added that "though this action may not be the safe one, it is the right one."

"Because my deepest fear is history repeating itself," he continued. "I’ve seen what happens when someone I love is commoditized to the point that they are no longer treated or seen as a real person. I lost my mother and now I watch my wife falling victim to the same powerful forces."

In a 2017 documentary, Harry slammed the paparazzi for causing his mother Princess Diana's deadly crash in Paris 22 years ago.

"We thank you, the public, for your continued support," Harry concluded. "It is hugely appreciated. Although it may not seem like it, we really need it."

According to the Sussexes' official website, Markle's claims include the misuse of private information, infringement of copyright and breach of the Data Protection Act 2018.

The case is being privately funded by the royal couple and pending a court ruling, proceeds from any damages will go to an anti-bullying charity.

A rep for Kensington Palace and Buckingham Palace did not immediately respond to Fox News' request for comment.