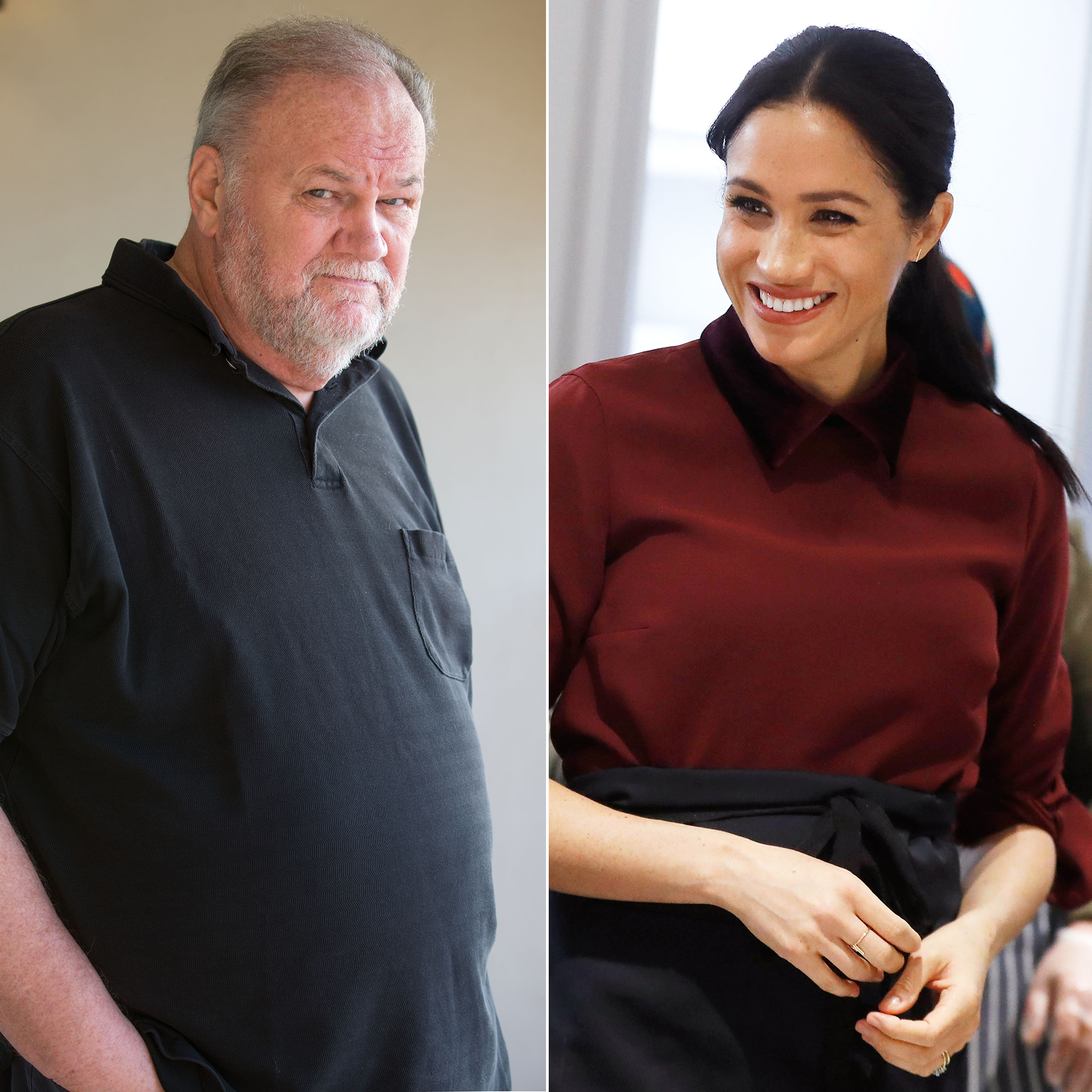 A simpler time. Duchess Meghan gushed over her father, Thomas Markle, on Instagram, years before the father-daughter duo had a falling out.

While the 37-year-old, who married Prince Harry in May, deactivated her account in April 2017, her page briefly resurfaced on Tuesday, December 18. In one of her old posts from June 2016, Meghan shared a sweet message for Thomas, 74, on Father’s Day.

“Happy Father’s Day, daddy,” she captioned a photo of herself as baby sleeping on her father’s chest. “I’m still your buckaroo, and to this day your hugs are still the very best in the whole wide world. Thanks for my work ethic, my love of Busby Berkeley films & club sandwiches, for teaching me the importance of handwritten thank you notes, and for giving me that signature Markle nose. I love you xo — Bean.”

In September 2013, Meghan thanked her father for being the “biggest cheerleader of all time.” She also shared a sweet email the former lighting director sent her about an episode of Suits.

“hey!! loved the show!! you had soon much emotion!!! love, anger, parents, anger, makeup!!! Stanford!! WOW! really good show!! I like the lighting,” Thomas, who won a Daytime Emmy Award for his work on General Hospital, wrote to his daughter at the time.

Meghan wrote, “No filter. Just love my dad,” in the caption along with the hashtags “#daddy #suits #grateful #rachelzane.”

A week before Meghan married Harry in May, Thomas was caught staging photos with the paparazzi. Following the scandal, Thomas opted not to attend his daughter’s wedding or walk her down the aisle after claiming that he suffered a heart attack. In the following months, he continued to cause a stir by trashing the British royal family to the press. Most recently, Thomas claimed during a December 17 interview with Good Morning Britain that Meghan has “ghosted” him.

A source told Us earlier this month that Meghan has no plans to ever speak to her dad again.

“The best thing he could have done since the day it fell apart would be to go away, and stay silent and he’s done everything but,” an insider told Us. “There is no relationship change. Any other interviews are just an eye roll.”