Melania Trump condemned the violence inflicted by her husband’s supporters at Capitol Hill in her first statement since the siege — but not before lashing out her critics for ‘gossip.’

First Lady Melania Trump has issued her first statement regarding the vicious attack on Capitol Hill launched by her husband, President Donald Trump‘s supporters on January 6. Trump, 50, posted a lengthy letter to the White House site on January 11, in which she lashes out at critics for “salacious gossip,” then condemns the violence. “I am disappointed and disheartened with what happened last week,” the first lady wrote in her meandering statement.

“I find it shameful that surrounding these tragic events there has been salacious gossip, unwarranted personal attacks, and false misleading accusations on me –- from people who are looking to be relevant and have an agenda,” Trump wrote. “This time is solely about healing our country and its citizens. It should not be used for personal gain.” 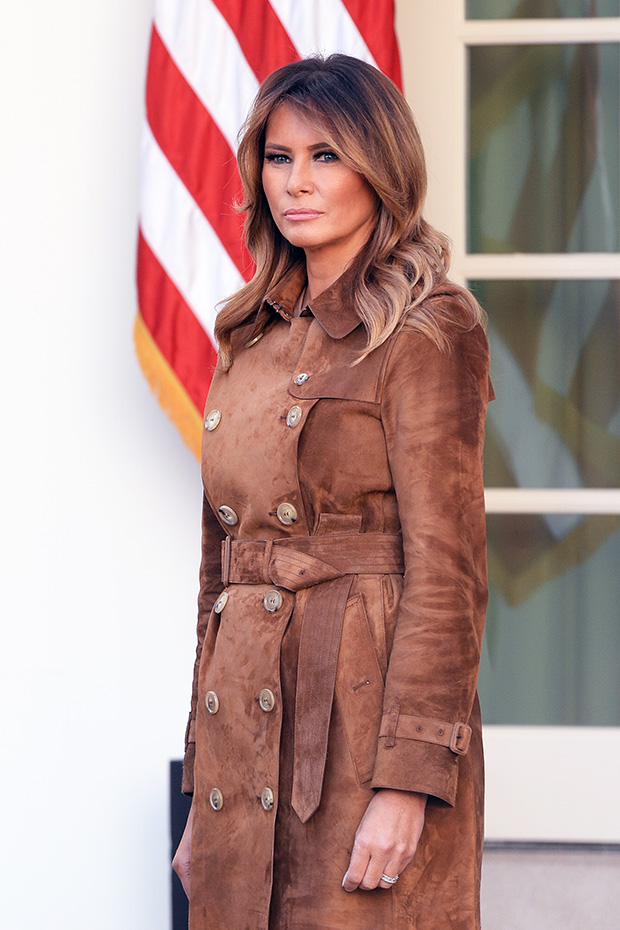 Before addressing the January 6 riot, in which a mob of domestic terrorists marched from a MAGA rally to the Capitol at the president’s command, Trump lamented the death of four rioters, including Ashli Babbit, the Air Force veteran leading the insurrection who was shot by Capitol Police. Trump also said that her “heart goes out to” the two Capitol Police officers who died. “I pray for their families comfort and strength during this difficult time,” she wrote of all parties.

“Our Nation must heal in a civil manner. Make no mistake about it, I absolutely condemn the violence that has occurred on our Nation’s Capitol. Violence is never acceptable,” Trump stated. During the insurrection, Trump was allegedly busy with a photoshoot at the White House, according to CNN. “Photos were being taken of rugs and other items in the Executive Residence and the East Wing,” for her proposed coffee table book, a source told the outlet. 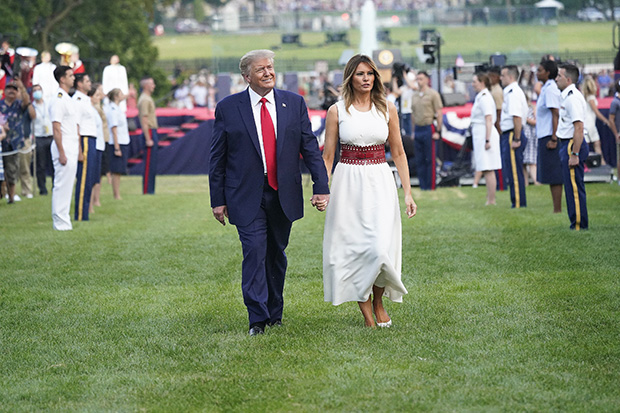 Meanwhile, her husband’s supporters breached barriers at the Capitol while a joint session of Congress, as well as Vice President Mike Pence, were inside counting electoral votes to certify Joe Biden as president-elect. Waving Confederate flags and wearing red MAGA caps, they smashed windows, ransacked the offices of congressional members, and pushed their way into the Senate and House chambers during the siege. Over 120 individuals have been arrested in connection to, or identified as taking part in the insurrection.

After the riots, which President Trump refused to condemn — even egging on the domestic terrorists by telling them they were “very special” and that he “loved” them in a video address — a number of administration officials resigned in disgust. That list includes two of the first lady’s top aides, Chief of Staff Stephanie Grisham and Anna Cristina “Rickie” Niceta, White House social secretary.

In the five days between the siege and the first lady’s statement, President Trump was permanently banned from Twitter and other social media platforms for inciting violence online. The House of Representatives is now calling for Pence to remove Trump from office by invoking the 25th Amendment. Should he not, Speaker Nancy Pelosi vowed to move forward with a second impeachment. There are just nine days left before Biden’s inauguration.