Gavin and Stacey star Melanie Walters, 57, who is best known for making omelettes in Barry Island as Gwen West, has opened up about her acting career so far and revealed she wouldn’t rule out returning to Coronation Street. The sitcom actress starred in the soap in 1991 as Valerie Jennings.

I don’t know why people think I make omelettes!

While reflecting on her career on television, Melanie said her experience in the “tough business” has been remarkable and revealed she wouldn’t say “let’s never do that” about a soap return.

“I would never say, ‘Let’s never do that’. So, yeah, now as a jobbing actor, bring all the jobs on and we’ll see what happens!”

The Welsh actress added: “The fact that I have been in work and I’ve been a jobbing actress all this time, it’s quite remarkable. 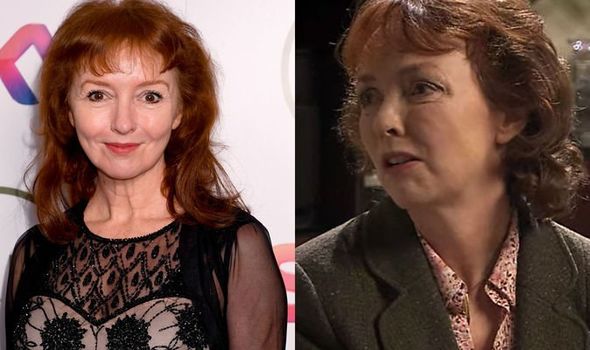 “I’m absolutely still in the business, which a lot of people fall by the wayside because it is tough. It’s a tough business,” the Gavin and Stacey star continued.

While Melanie went into detail about what it was like to be with the Gavin and Stacey cast again after their 10-year break, the actress revealed how she originally felt when James Corden wanted to do a Christmas special.

The star said: “I don’t think any of us were expecting it.

“It was fantastic because nobody was expecting it. I think it was April so he said we’ll have to keep it under our hats.” 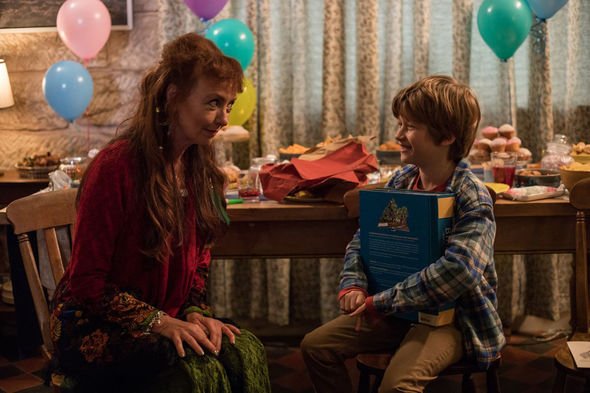 The former soap star then went on to reveal: “With lots of things, you just think, obviously, there was something there but you’re never quite sure whether these things like that actually take off again.”

Melanie, who also runs her own Pilates business in Swansea, confessed that she is “a terrible cook” despite her on-screen love for making omelettes.

She added: “I don’t know why people think I make omelettes!

“I’m a terrible cook! But if I were to make an omelette, I would put, because it is my favourite, feta cheese and rocket. It’s really tasty.”

After the pilates instructor was asked what she thought happened on Uncle Bryn West (played by Rob Brydon) and Jason West’s (Robert Wilfort) mysterious fishing trip, the actress revealed that coming up with an answer for that “isn’t very good for your health”, despite it being the burning question on everyone’s lips.

She responded: “Nobody knows! I don’t think I spent much time thinking about it really.

“I don’t think it’s very good for your health! No, I think it’s best not to know really.”

The mother-of-one added: “And nobody does in any case, so I like that nobody knows. I do think it’s quite nice that people think ‘I wonder what’.”

We see Melanie play the role is Nain, the eccentric grandmother, in the new magical adventure series, The Snow Spider.

The actress revealed her excitement about her latest stint, as she explained that it is the one role she has always wanted to do.

The Snow Spider star went on to tell her viewers: “It’s a perfect blend of like a modern family story, mythology and magic.”

The Snow Spider will air on CBBC and BBC Wales at 6:05pm on Sunday 29th March.