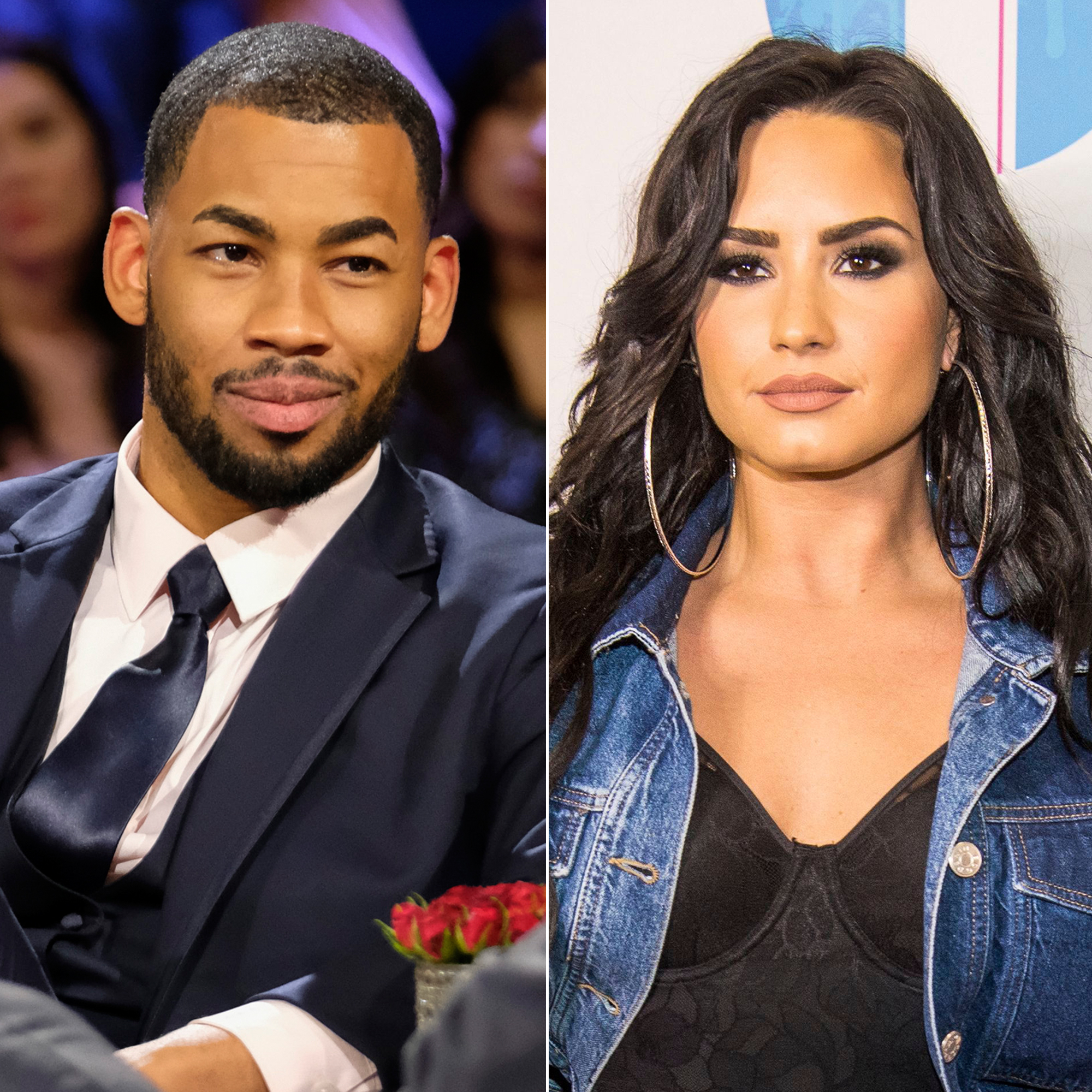 Sparks are flying! Mike Johnson finally confirmed the rumors that he and Demi Lovato have been on a date.

The Bachelorette alum, 31, told Entertainment Tonight on Wednesday, September 18, that he and the “Sorry Not Sorry” singer, 27, have been talking to each other.

“Demi Lovato and I went on a date,” Johnson confirmed. “The woman is quite astounding and amazing. And that’s all I’ll say on that.”

The Bachelor in Paradise alum praised Lovato and said they have a genuine connection.

“I think she’s amazing. She’s incredibly humble,” he added. “When Demi and I are together, it’s laughter and we talk about real s—t. Like, she’s a down-to-earth woman and I respect it so much. And she’s just a really humble, really cool, really fun, down-to-earth person.”

However, the Air Force vet isn’t ready to put a label on their romance yet.

“My status of the relationship with Demi and I are that we are two people exploring each other,” he said.

The pair were reportedly seen on a date at restaurant LaScala in Beverly Hills on Friday, September 13.

Johnson and Lovato’s flirtmance began after the “Confident” singer expressed her interest while watching him compete for Hannah Brown‘s heart on season 15 of The Bachelorette.

“He always picks her [Brown] up and swings her when he hugs her,” Lovato wrote in another post. “Swing me.”

Brown ultimately chose not to give a rose to Johnson, who later took to Twitter to find his match.

“Girl you ready for smiles, adventure, comfort, growth, honesty, laughter, me falling using my inhaler and kissing your stretch marks and imperfections. Where U hiding?” he tweeted in July.

The former Bachelorette contestant told Us Weekly exclusively at the Men Tell All taping in July that he was interested in pursuing the pop star.

Johnson started flirting with the former Disney Channel star on social media when he commented on an unedited bikini pic that she posted on September 5.

“Look at me like that again, love yaself,” he wrote.