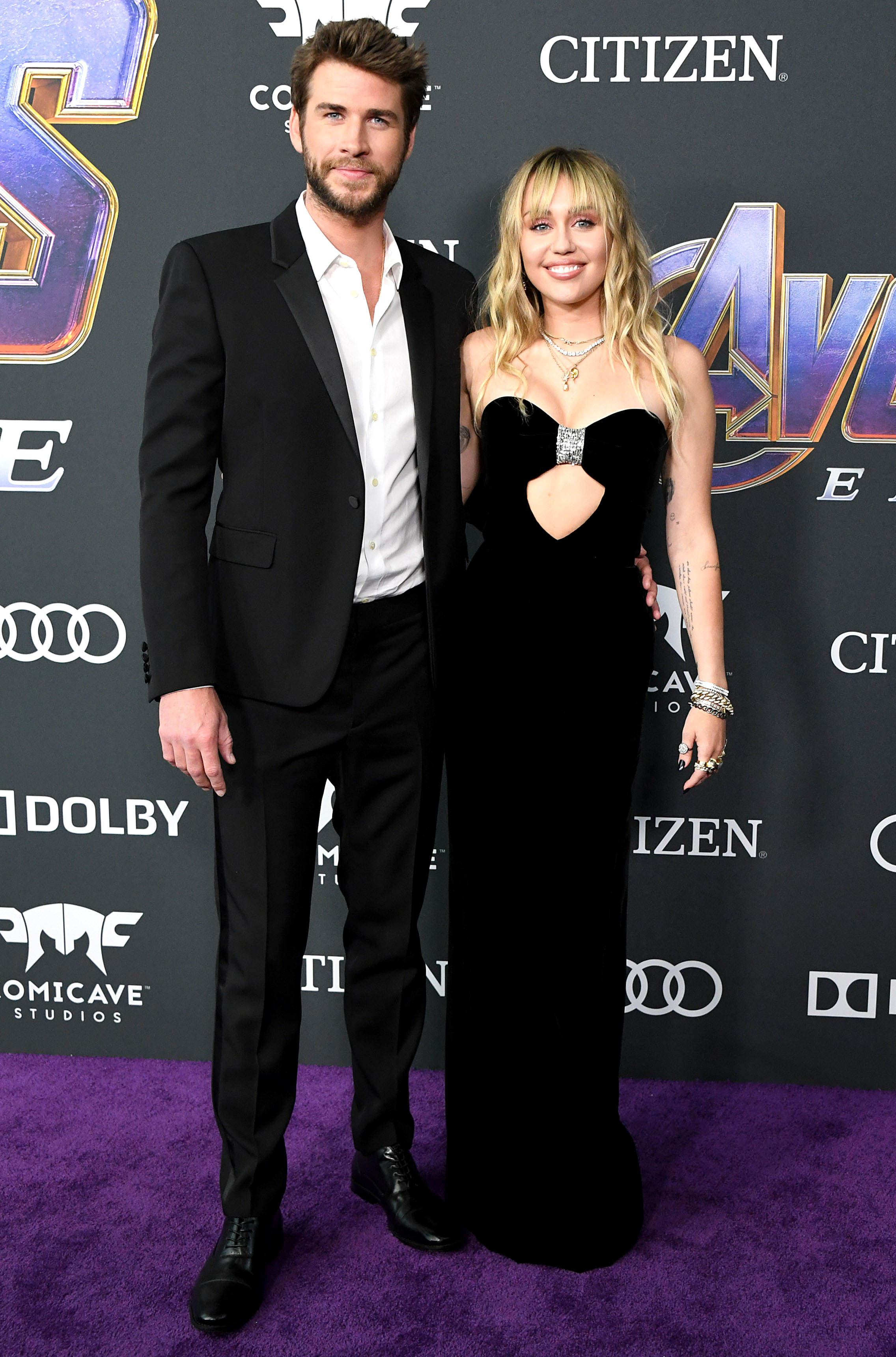 Miley Cyrus isn’t afraid to get risqué with her man! The “Nothing Breaks Like a Heart” songstress shared a nearly NSFW Twitter post about her husband, Liam Hemsworth, on Wednesday, April 24 — and fans were all about it.

“When he looks good enough to eat ! #Snack #SugarDaddy @liamhemsworth @Avengers,” the Hannah Montana alum, 26, wrote alongside a video that showed her jokingly licking the Australian actor, 29, as they posed for pictures at the Avengers: Endgame premiere days prior.

“Wife of the year,” one commenter wrote. Another added: “I love that he’s so used to it he’s unphased [sic].”

Cyrus also couldn’t get enough of her beau at the afterparty for the superhero flick in Los Angeles on Monday, April 23, with an onlooker telling Us the two “had drinks in hand and never left each other’s side.”

The insider added: “Miley had a big smile on her face and kept bouncing to the music, including a remix of ‘Despacito.’”

The “Party in the U.S.A.” singer stunned in a custom sleeveless black-velvet Yves Saint Laurent gown with a midriff cut-out that showed off her toned midsection. The Isn’t It Romantic star, for his part, wore a sleek black suit with velvet lapels. Hemsworth opted for no tie, and went for a flirty look with the top two buttons of his shirt undone.

Cyrus and Hemsworth — who met in 2009 on the set of the romantic drama The Last Song in which they starred together — wed in December 2018. Speculation that the two had tied the knot began to swirl when their pal Conrad Carr posted a series of Instagram Stories that appeared to show off an intimate wedding celebration at the couple’s Nashville home.

Days later, the former Disney Channel star confirmed their happy news on Instagram, sharing a handful of pictures from their private celebration. Hemsworth, for his part, gushed over their nuptials in an interview in February.

“We’ve been through so much together over the last 10 years, so [I] felt like it was time,” he told Sunday TODAY at the time. “I feel really happy and really fortunate to be with such a great person.”