A fan pointed out on Instagram on Monday, October 14, that Cyrus, 26, used the “same filter” in photos that she has shared with Hemsworth, 29, Carter, 31, and Simpson, 22, on her account in recent months. In the comments section, the “Slide Away” singer wrote, “Classic.”

Cyrus started dating her The Last Song costar Hemsworth in 2009. They got engaged in 2012, split in 2013 and rekindled their relationship in 2016. The on-off couple tied the knot in December 2018 at their Nashville-area home, but she announced their separation less than eight months later. The Hunger Games star subsequently filed for divorce.

The Hannah Montana alum then started dating Carter, who had recently separated from Brody Jenner after five years together. Cyrus and the lifestyle blogger did not shy away from showing PDA during their time as a couple, but they called it quits in late September.

Soon after, the Grammy nominee began seeing Simpson, with whom she had been friends for years. She confirmed their relationship on Instagram on October 3 and later tweeted, “Get used to me dating – this is where I am at ! #HotGirlFall.” 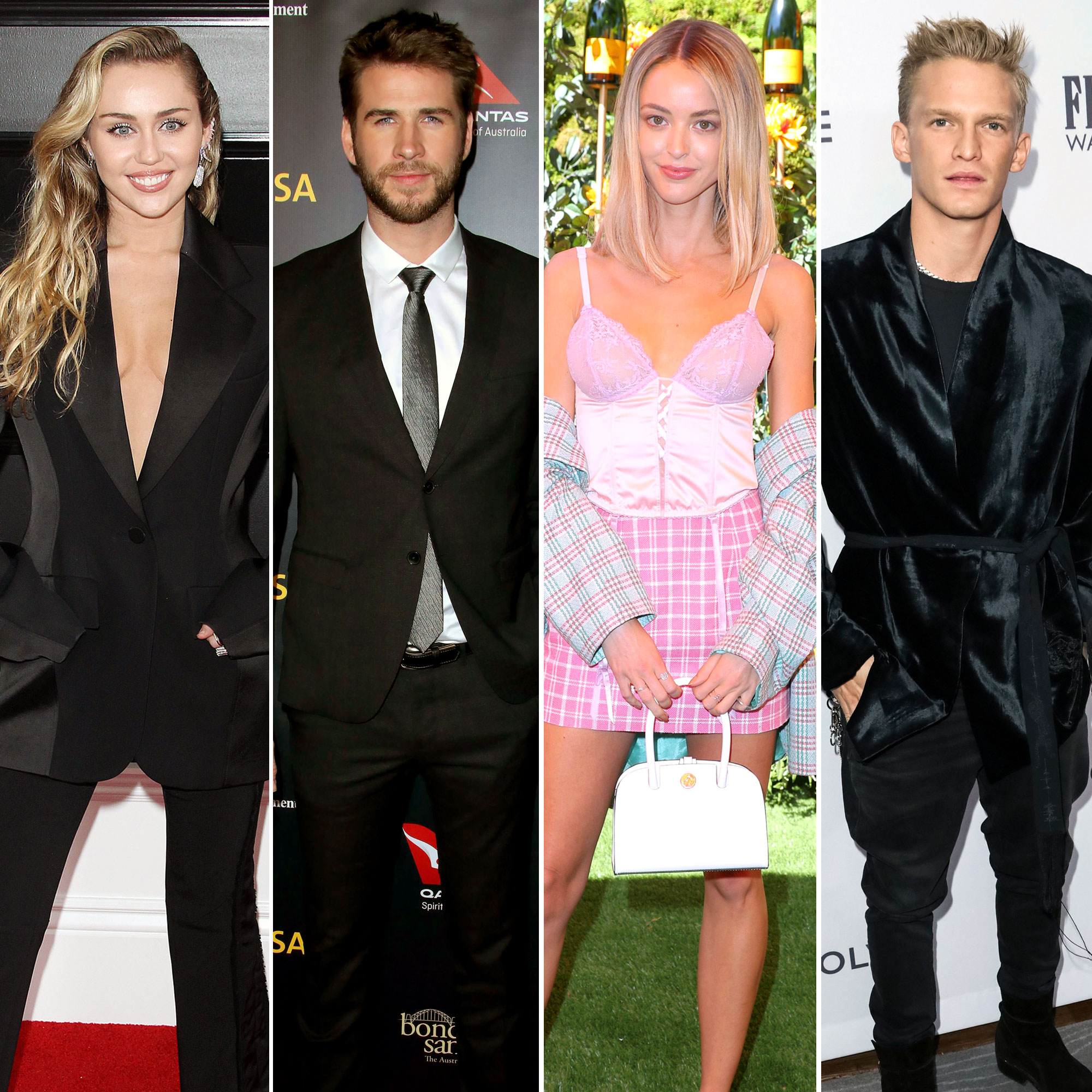 Cyrus and the “Flower” crooner have been nearly inseparable since. He remained by her side when she was hospitalized for tonsillitis, and they more recently made headlines for touching tongues in a PDA-filled Instagram Story video.

“We both met back in the day when we were partying a lot,” Simpson told Us Weekly and other reporters on Friday, October 11. “We had a lot of fun then … but now we’ve found each other in a space where we’re not partying, working real hard and just like [to] keep things healthy.”

Hemsworth, for his part, recently moved on with actress Maddison Brown.