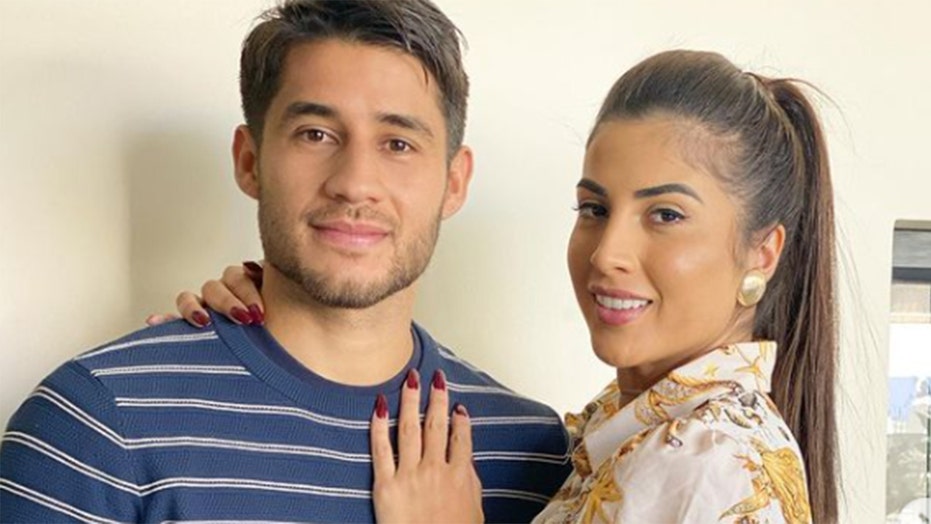 Model Cristina “Vita” Aranda has died after reportedly being shot during a music festival over the weekend.

Aranda, a fitness trainer and social media influencer, was married to Paraguayan soccer player Ivan Torres, who mourned her passing on his Instagram account on Monday.

“Dear followers, we appreciate the accompaniment and love that we receive in this delicate and difficult moment that we are experiencing,” one of the statements shared to the Club Olimpia player’s account reads.

A statement shared to Aranda’s Instagram Story reads: “One of Cristina’s priorities was to be close to her followers. Those who want to say their last goodbye can go to Parque Serenidad on Avda. Mariscal Lopez from 4:00 p.m.”

Reports say Aranda, 29, was shot at the Ja’umina Fest concert that took place in Paraguay on Sunday, January 30. She later died of her injuries.

According to the BBC and ABC TV, Aranda was one of two people killed as a result of the shooting. Police identified the second victim as a male identified as Marcos Ignacio Rojas Mora. The concert reportedly took place at the José Asunción Flores amphitheater. Four others were injured.

Commissioner General Benicio Ramírez, police director of the department of Cordillera, said it is presumed that Aranda was not the target.

“It is presumed that there may be a target that is the male person. The lady was by her side waiting for her husband,” Ramírez told reporters, per the BBC.

Prosecutor Alicia Sapriza said the attackers were looking for alleged drug trafficker José Luis Bogado Quevedo, whose alias is “Kuré”, the outlet further reports. Quevedo is reportedly in serious condition at a hospital.

“The following hours are going to be essential to determine the motive for the act and also the authors,” said the Minister of the Interior, Arnaldo Guizzio.

Authorities informed the press that only private security guards were working the event and the incident will be investigated internally.

Aranda and Torres reportedly have three children together.