Montae Nicholson‘s violent street fight got so out of hand that several people called 911 and frantically described a “huge fight” scene … according to audio obtained by TMZ Sports.

The Washington Redskins defensive back pummeled a man in the middle of a Virginia street around 2 AM … and the video we obtained shows the brutal knockout punch.

Seems the brawl went on for some time and created quite the scene … ’cause several witnesses frantically called 911 for help, describing a wild fight.

“I don’t want to interfere in the interaction whatsoever, all I’m saying is I’m in the car and there’s a male unconscious on the ground,” one witness says.

Another adds, “I need you to come immediately … we need an ambulance and a fire rescue here immediately!”

Another witness tells dispatch, “There’s a fight going on out here … there’s a fistfight that’s been going on now!”

The Redskins announced just days later they placed Montae on the Reserve/NFI list.

Nicholson played in 14 games for the ‘Skins this year, starting 7 of them. 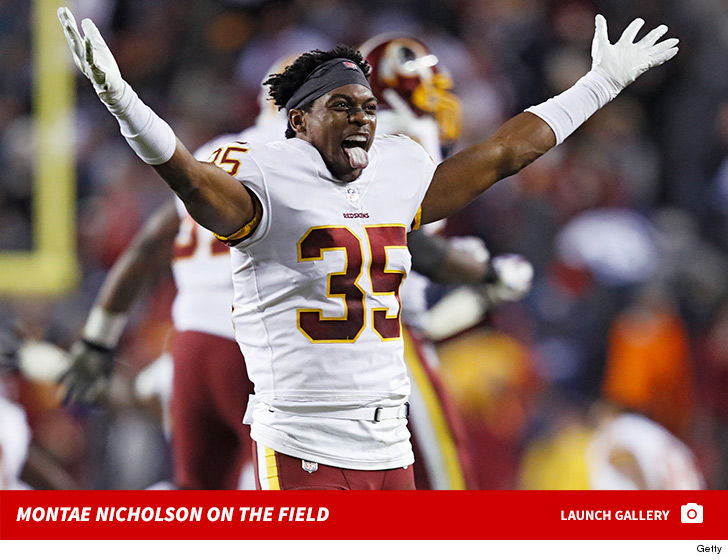