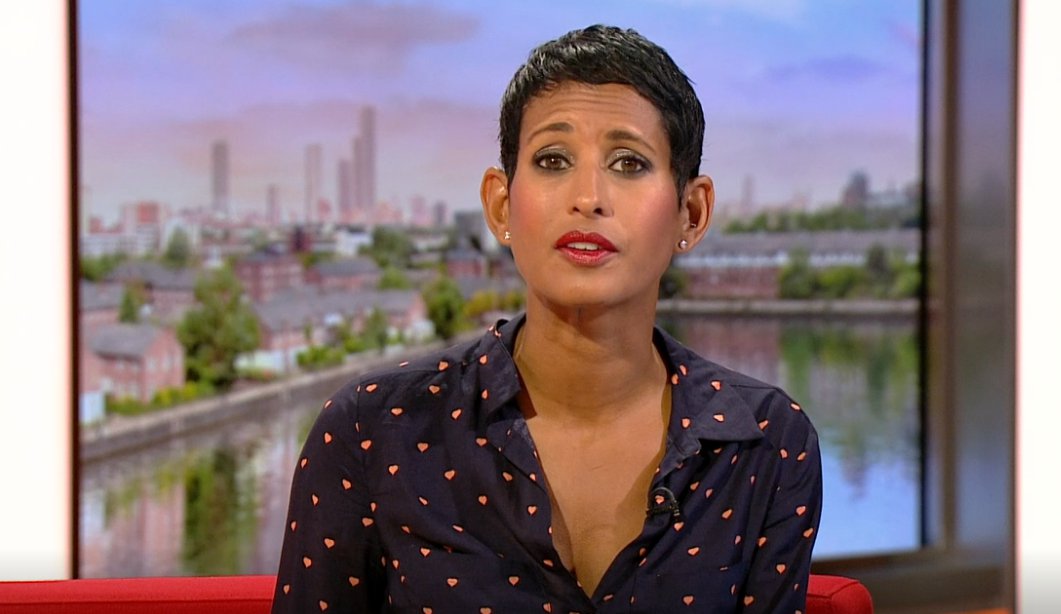 BBC Breakfast presenter Naga Munchetty has said while her ‘grating’ voice – according to critics – is coming in very handy with her new Radio Five Live gig, the misogyny levelled at women in the public eye is still an issue.

While the star has been wholeheartedly praised for taking many an MP to task amid the coronavirus pandemic, she’s also often the subject of online trolling, with comments personally attacking her interview style.

Or her voice, which, if you’ll look at social media, and backed up by Naga herself in a recent interview, some have described as ‘grating’ and ‘like a foghorn’.

Speaking about how her tone has served her pretty dawn well in her new gig on BBC Radio Five, though, Naga told The Sunday Times: ‘I’ve always been quite critical of my voice and I’ve been told it’s like a foghorn, and grating, but it seems to be working on radio, which I’m really delighted with.’

And while the journalist may reference the (somewhat unnecessary) feedback on her voice, she also insists misogyny towards women in the public eye is still rife while speaking about the criticism she encounters.

She said: ‘The levels of misogyny levelled at women in the public eye are disgusting.

Still, Naga has never been one to back down from a troll, as she addressed various critics who deemed it their right to pass often-nasty judgement on the host’s interviewing and presenting – from TV to her coveted radio gig.

While she was previously praised for ‘taking apart’ Health Secretary Matt Hancock during a tough interview on pay freezes, in the next slide one troll confused grilling politicians on the most pressing matters at hand with being ‘biased’.

The furious viewer wrote on social media: ‘Nagger (sic.) shut up and let people answer you are an expert on nothing except on being an overpaid biased witch!’

Instead of rising to the audience member’s venom, Naga simply replied: ‘Sending Big Love to you Rosie X.’

She has spoken about dealing with trolls in the past, which sadly has become part of the territory for presenters of BBC Breakfast.

Appearing on Five Live, Naga spoke to Emma Barnett and author Matt Haig about how her mental health is affected by online abuse.

‘I have rather, shall we say, an assertive way, of dealing with people who abuse me on Twitter,’ she said. ‘I don’t like it, I won’t put up with it.’