Naga Munchetty, 47, was accused of “shouting over” 47-year-old Labour Party deputy Angela Rayner and refusing to allow her to answer questions. The BBC Breakfast interview, which culminated in angry viewers taking to Twitter to complain, was followed by an Instagram post from Naga in which she confessed that she’d needed to “let off steam”.

Needed to let off some steam!

“Good start to the day. Needed to let off some steam with a run. That’s done. Feel good,” she exclaimed to almost 55,000 Instagram fans.

Uploading a photo of her smiling face as sweat glistened on it, she added: “I’ll be in your ear 11am-1pm.”

Fans had yesterday taken to Twitter to air grievances that she and her co-host Charlie Stayt had “talked over” Angela and had been in “interrupt mode” throughout the interview, leaving some unsure of what she’d actually said.

They pleaded for her to be “stopped” from interviewing guests, and even Tory supporters argued that they hadn’t been able to hear the “opposition”. 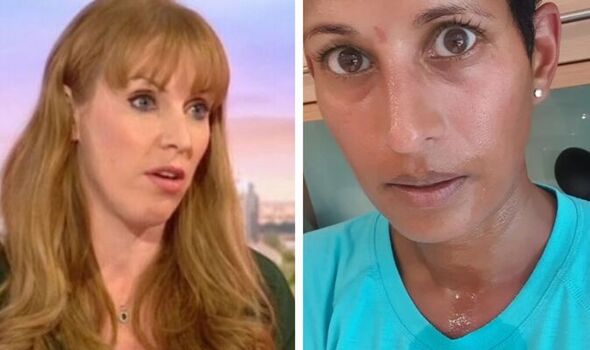 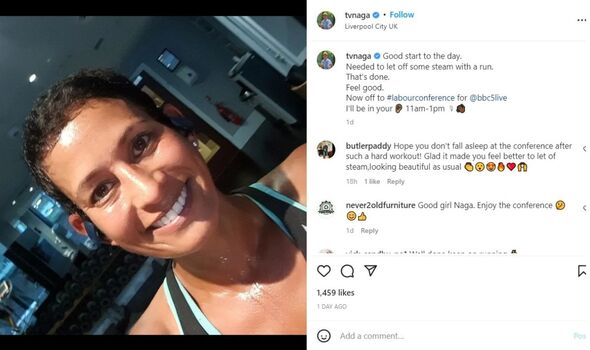 One frustrated viewer, @RichardScribbl1, wrote: “A concerted, orchestrated, overly aggressive attack on Angela Rayner by the #bbcnews’s Charlie Stayt and Naga Munchetty, not listening to answers, constantly interrupting, shouting down.”

Another exclaimed: “An interview is a structured conversation where one participant asks questions & the other provides answers.

“Can someone explain this concept to Naga. She never allows anyone to answer & the quality of the answers is the most important aspect of the interview.” 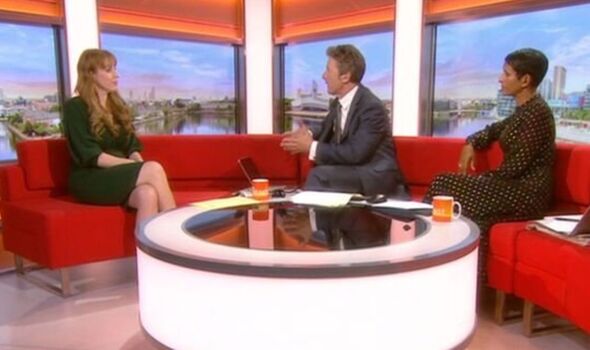 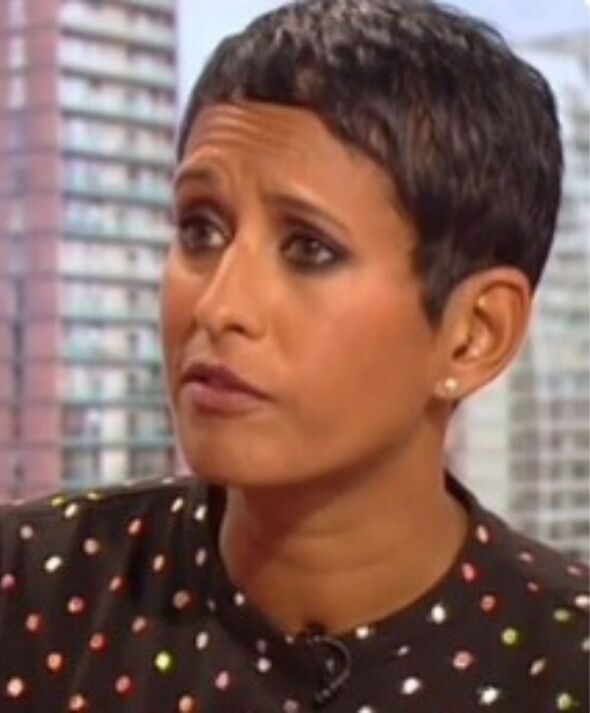 Jim479172 agreed: “Naga on full interrupting mode. I’m all for hard questioning but not even giving the guest a chance to answer the question is so unprofessional.”

The pair had been discussing the mini-budget unveiled by government officials this week, which Angela confessed she was unhappy about, adding that Labour was “itching to get into power” to spark new changes.

Naga became irate over criticism of Chancellor of the Exchequer Kwasi Kwarteng’s policy ideas, which had seen him accused of “gambling”.

As Angela started to discuss her belief that the budget was “risky” in its current format, she angrily interrupted her.

The idea with long term investment would be that if rates are cut and everyone is better, everyone who pays tax will be better off proportionally,” she argued.

In response, Angela insisted: “But those with the broadest shoulders are going to be even more better off and those at the bottom of the food chain who are really struggling at the moment actually are not going to be… because of the cost of living.”

Naga reacted defiantly to the Labour representative’s concerns that the budget could be “grossly unfair” to those on a more modest wage, saying they would receive a “raft” of assistance.

Angela tried to return to the conversation, adding: “And offsetting that in public debt whereas we’ve said…”

However, Naga cut her off mid-sentence, demanding to know: “Where would the money come from?”

The interruptions continued, leading even some Conservative supporters to praise Angela for “not losing her rag”, but Naga still received a warm welcome from her supportive Instagram fans today when she confessed to needing to let off steam on her morning run.