Kardashian, 39, posted pics via Instagram of herself decked out in a chic pink ensemble that resembled Witherspoon’s look from Elle’s Harvard Law admissions video essay. She also shared snaps of herself wearing a sparkling green bikini, similar to the one the 43-year-old Big Little Lies star wore in the 2001 movie.

This was followed by a video post where she replicated the noteworthy video montage of Elle explaining to the prestigious university why she is “going to be an amazing lawyer.” The Keeping Up With the Kardashians star even recruited an adorable pooch that looked just like Elle’s chihuahua Bruiser Woods for the cute clip. 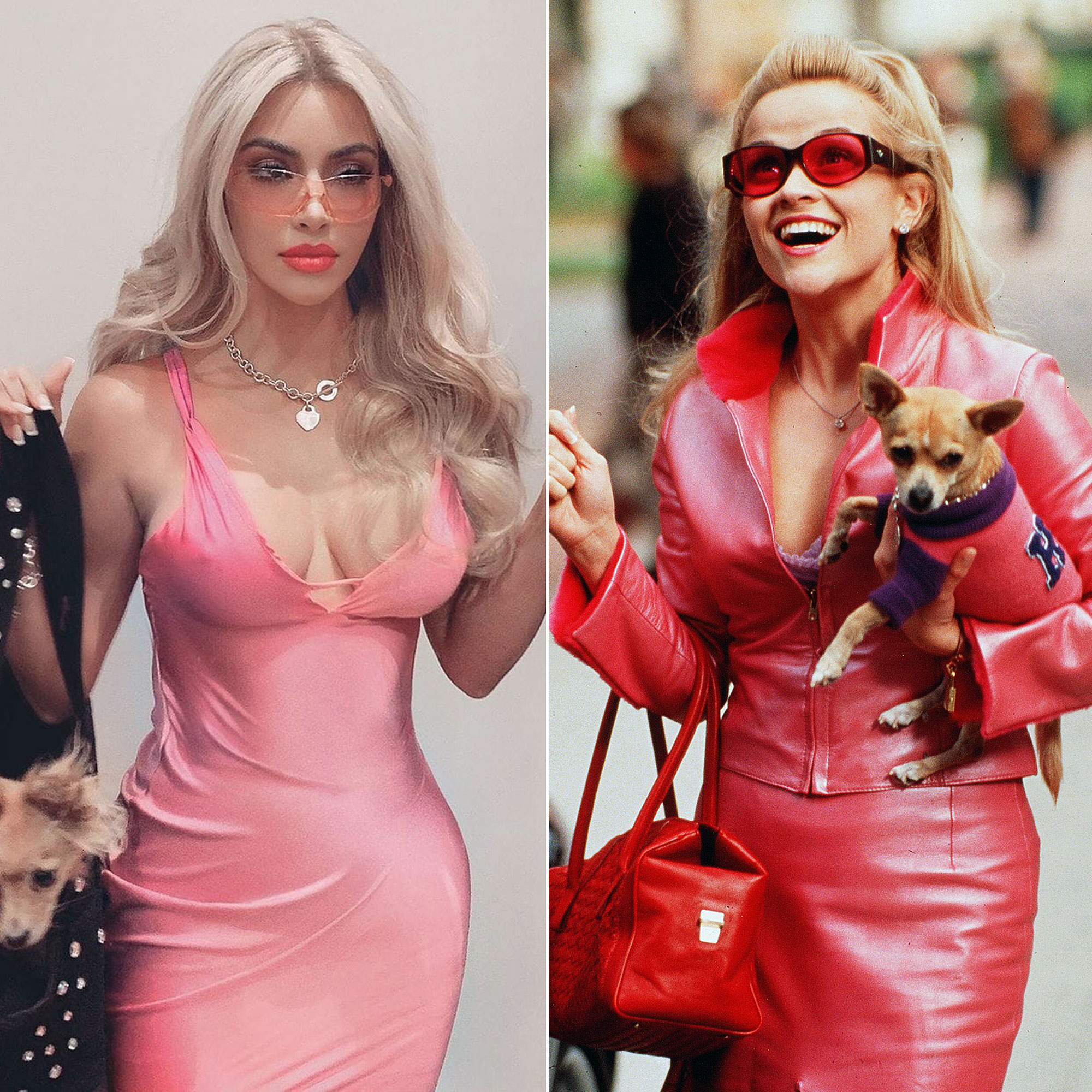 The Elle Woods costume is fitting for Kardashian because like the beloved film character, the KKW Beauty mogul is working toward becoming a lawyer. Earlier this year, she revealed to Vogue that she planned to become an attorney — like her late father, Robert Kardashian, Sr. — without going to law school. She explained that it was something she “had to think long and hard” about, but she is currently completing a four-year law apprenticeship that is slated to conclude by 2020.

“The White House called me to advise to help change the system of clemency and I’m sitting in the Roosevelt Room with, like, a judge who had sentenced criminals and a lot of really powerful people,” she said in the magazine’s May 2019 cover issue. “I just sat there, like, ‘Oh, s–t. I need to know more.’”

Kardashian added, “I just felt like the system could be so different, and I wanted to fight to fix it, and if I knew more, I could do more.”

In an Instagram post from April, Kardashian revealed how challenging it’s been to balance her studies along with her career and being a mother.

“For anyone assuming this is the easy way out, it’s not,” she wrote, captioning a pic of herself studying. “My weekends are spent away from my kids while I read and study. I work all day, put my kids to bed and spend my nights studying. There are times I feel overwhelmed and when I feel like I can’t do it but I get the pep talks I need from the people around me supporting me. I changed my number last year and disconnected from everyone because I have made this strict commitment to follow a dream of mine — It’s never too late to follow your dreams.”