Still on good terms. Miley Cyrus got accolades for her recent performances alongside Shawn Mendes and Dolly Parton at the 2019 Grammy Awards, but her ex-boyfriend Nick Jonas is not surprised that people are suddenly taking notice of her talent.

“She’s a real singer,” Jonas, 26, gushed during an interview with brothers Joe Jonas and Kevin Jonas on Apple Music’s Beats 1 Chart radio show on Monday, March 4. “But we knew that ‘cause we grew up with her.”

The Jumanji: Welcome to the Jungle actor continued: “We had a song with her back in the day called ‘Before the Storm,’ which is my favorite catalogue song of the Jonas Brothers. And at that point she was 16 and she was singing her ass off. So, it’s no surprise now that people are coming around to [her talent]. But “’m sitting around going, ‘Told you so.’” 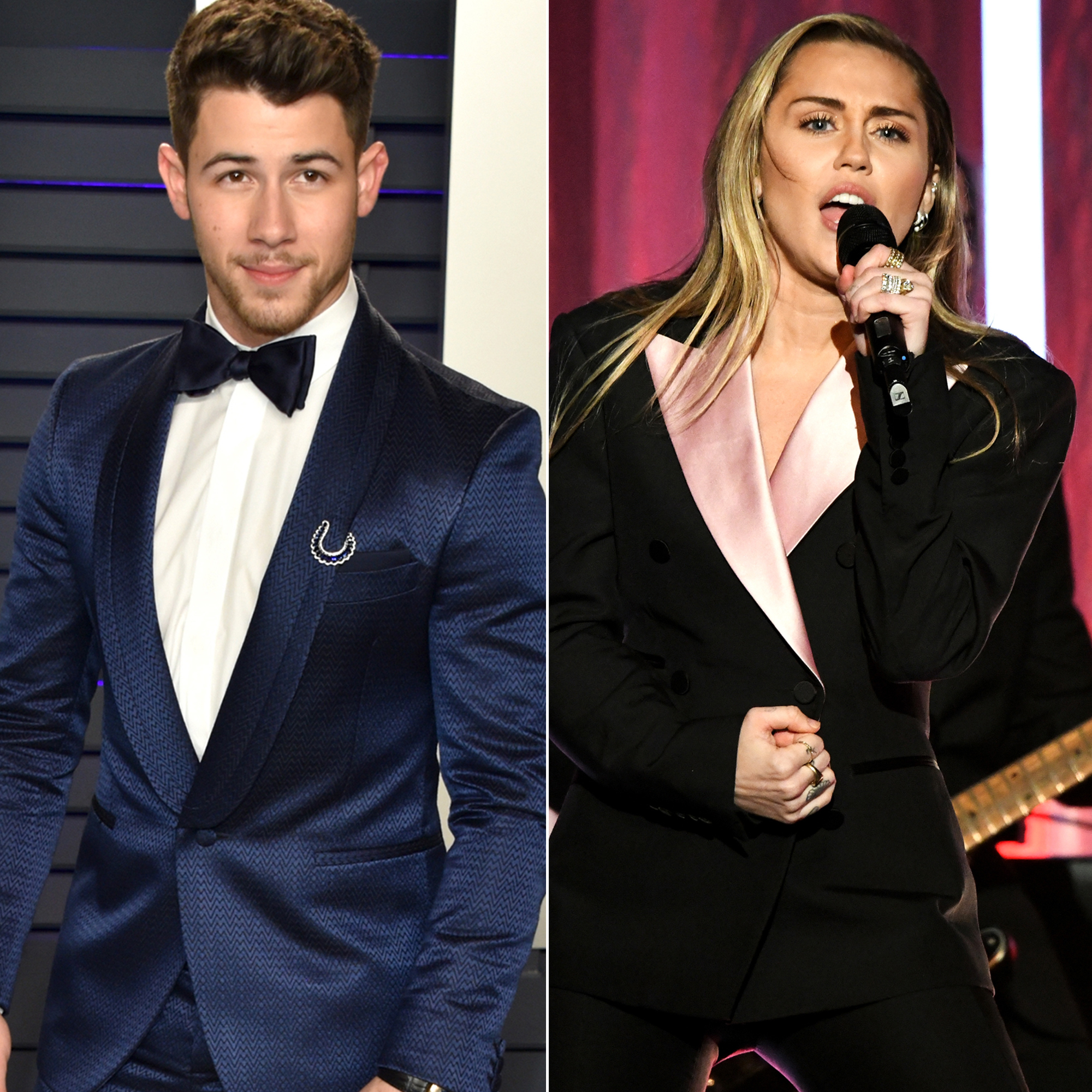 Kevin, 31, noted that Cyrus, 26, “sings her face off” in the Jonas Brothers duet, which was released on the trio’s 2009 album, Lines, Vines and Trying Times. Joe, 29, added that he loves “the stuff that she has come out with” recently.

The “Nothing Breaks Like a Heart” songstress started dating the “Jealous” crooner in June 2006 after they met at a charity event. Cyrus called Nick her “first love” and admitted in her book, Miles to Go, that their December 2007 breakup was “the hardest day ever.”

The pair briefly reconnected in 2009, but Cyrus met her now-husband, Liam Hemsworth, on set of The Last Song, shortly after, and she and Nick went their separate ways for good. While their relationship was over, the former Scream Queens actor was upset to hear that Cyrus and the Hunger Games alum, 29, got engaged in June 2012 and wrote the JoBros’ song “Wedding Bells” about his emotions.

Cyrus and Hemsworth called off their engagement nearly a year after the trio performed “Wedding Bells” for the first time, but eventually reconciled and tied the knot in December 2018. Nick, for his part, married Priyanka Chopra Jonas that same month.

The Jonas Brothers opened for the “Malibu” singer on her Best of Both Worlds tour, which began in October 2007, two months after they appeared on an episode of her Disney Channel show, Hannah Montana. The famous siblings, who recently reunited nearly six years after they split due to a “deep rift within the band,” were launched into international superstardom thanks to the exposure they received being associated with Cyrus.