Products featured are independently selected by our editorial team and we may earn a commission from purchases made from our links; the retailer may also receive certain auditable data for accounting purposes.

When you’ve got all of the tour merch and collected every item of random memorabilia, the next best thing to owning a piece of your favorite artists is smelling like them via a bottle of their signature scent (and we mean that in the most non-Perfume way). But not all celebrity-branded fragrances smell like a cheap promotional perfume to sell in between album cycles. As former New York Times fragrance critic Chandler Burr once wrote in his glowing review of Britney Spears’ Midnight Fantasy, star-powered scents can be just as good as designer elixirs, thanks to the olfactory artists entrusted to interpret their namesakes’ aromatic aesthetic.

Some of the best celebrity perfumes and colognes also happen to make great gifts for fans as they’re patiently awaiting their idols’ next hit. Here, we’ve rounded up the best musician-approved fragrances for channeling the likes of Jennifer Lopez, Lenny Kravitz, Travis Scott, and other chart-topping pop stars and rappers — read on below.

Yves Saint Laurent has added another Kravitz family member to its lineup. Lenny Kravitz was named as the face of the luxury French house’s Y cologne, a citrus-infused woody scent with notes of bergamot, sage, and cedarwood. (Daughter Zoë Kravitz is already a global ambassador of the high-end label’s cosmetics and fragrance lines).

The eau de toilette is inspired by YSL’s iconic white tee and black jacket and the creative spirit — things that papa Kravitz clearly wears well (in addition to legendary blanket-like scarves). In a statement, the guitarist and producer noted that he’s “always been a fan of Yves Saint Laurent. Of his work, his aesthetic, his lifestyle, his boldness. He was super eclectic and drew from so many places. I also happened to already wear a lot of Saint Laurent. Always have… It’s been part of my lifestyle for so many years.” 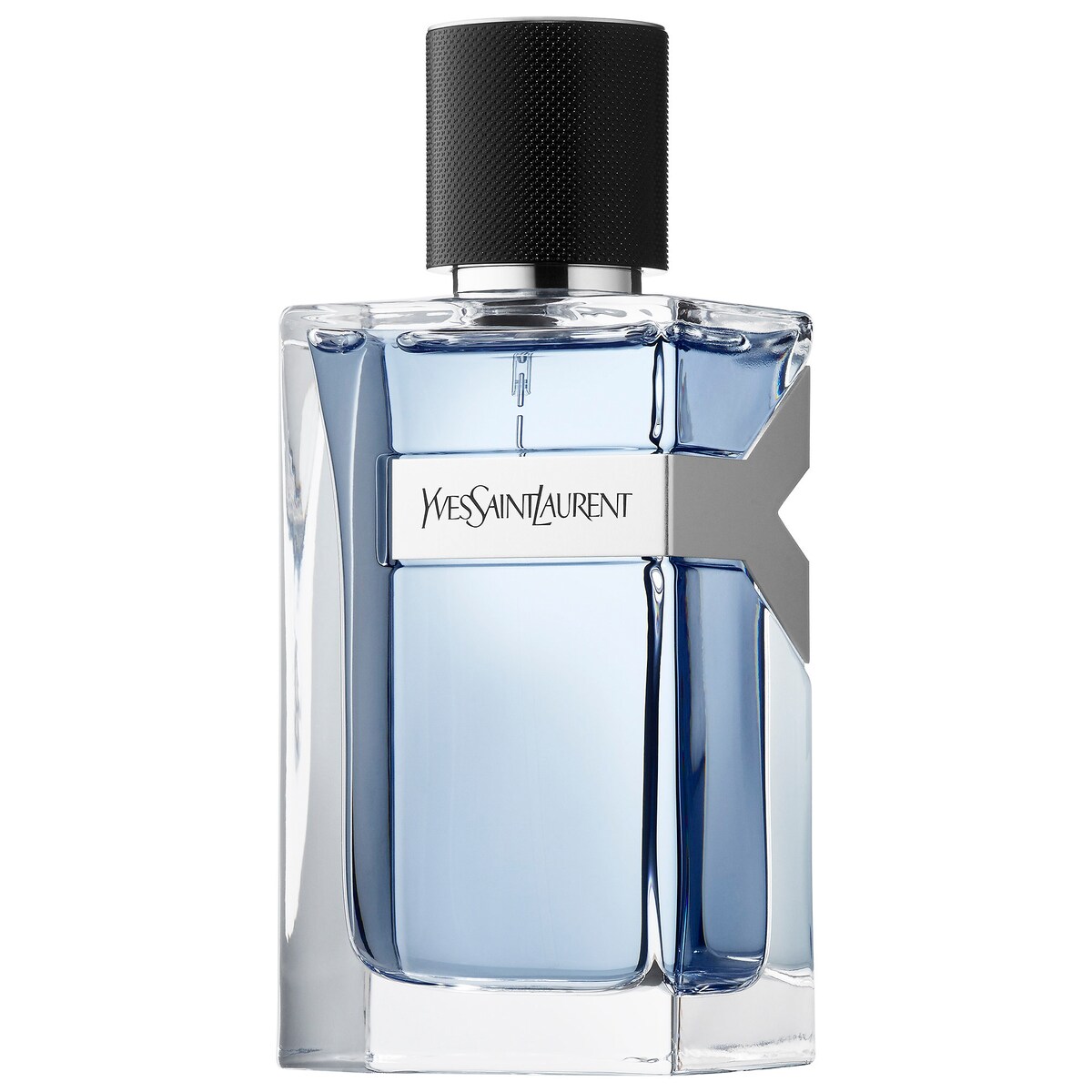 The latest from Ariana Grande’s line of fragrances is R.E.M., an “intergalactic dream of femininity and power” with notes of fig, lavender, marshmallow, salted caramel, pear blossom, and sandalwood. To promote the woodsy and floral perfume, the singer released a short film animated by artist Olivier Lescot. The YouTube mini-movie stars Grande as a cosmic superhero who defeats an evil robot with her magical crystals, which just happen to take the form of her newest perfume bottle. 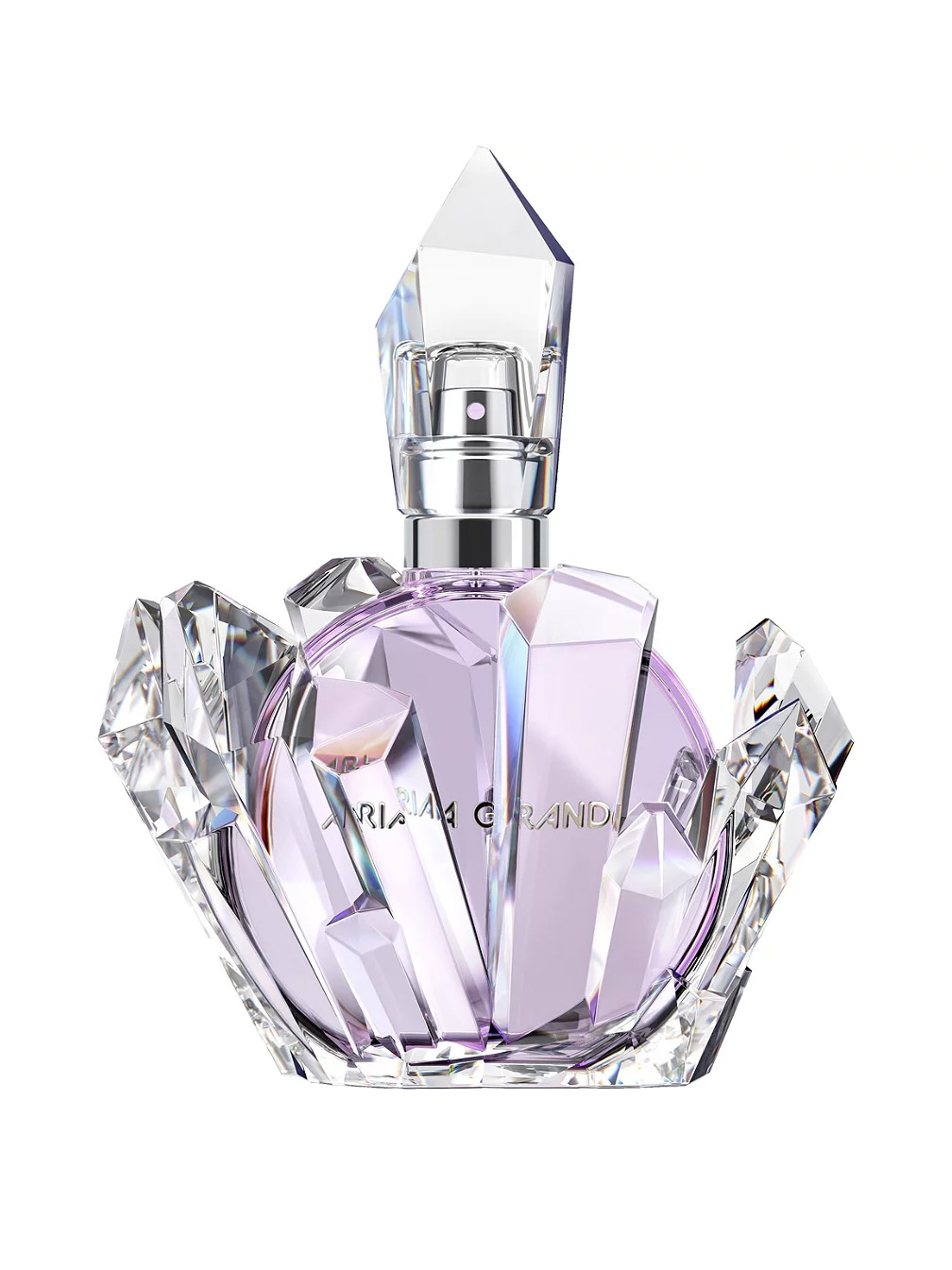 It seems that Travis Scott was also drinking the cosmos Kool-Aid when he dreamed up his recently-launched Cactus Jack collaboration with cult-favorite Swedish fragrance label Byredo. Sadly, the “Goosebumps” rapper’s fans will have to wait to get their hands on his Space Rage candle and perfume, which quickly sold out when the collection was officially announced and dropped on the collaborators’ respective websites November 30.

The Cactus Jack for Byredo scent has a base of “atmospheric vapor, dark nebulae,” a top note of “cosmic dust, antimatter particles,” and a heart of “starlight, the scent of supernova” — which we’re guessing won’t smell anything at all like opening his $6 meal collab with McDonald’s. In any case, you’ll want to sign up for the waitlist as a restock is expected, or you can find it on resale sites like StockX here. 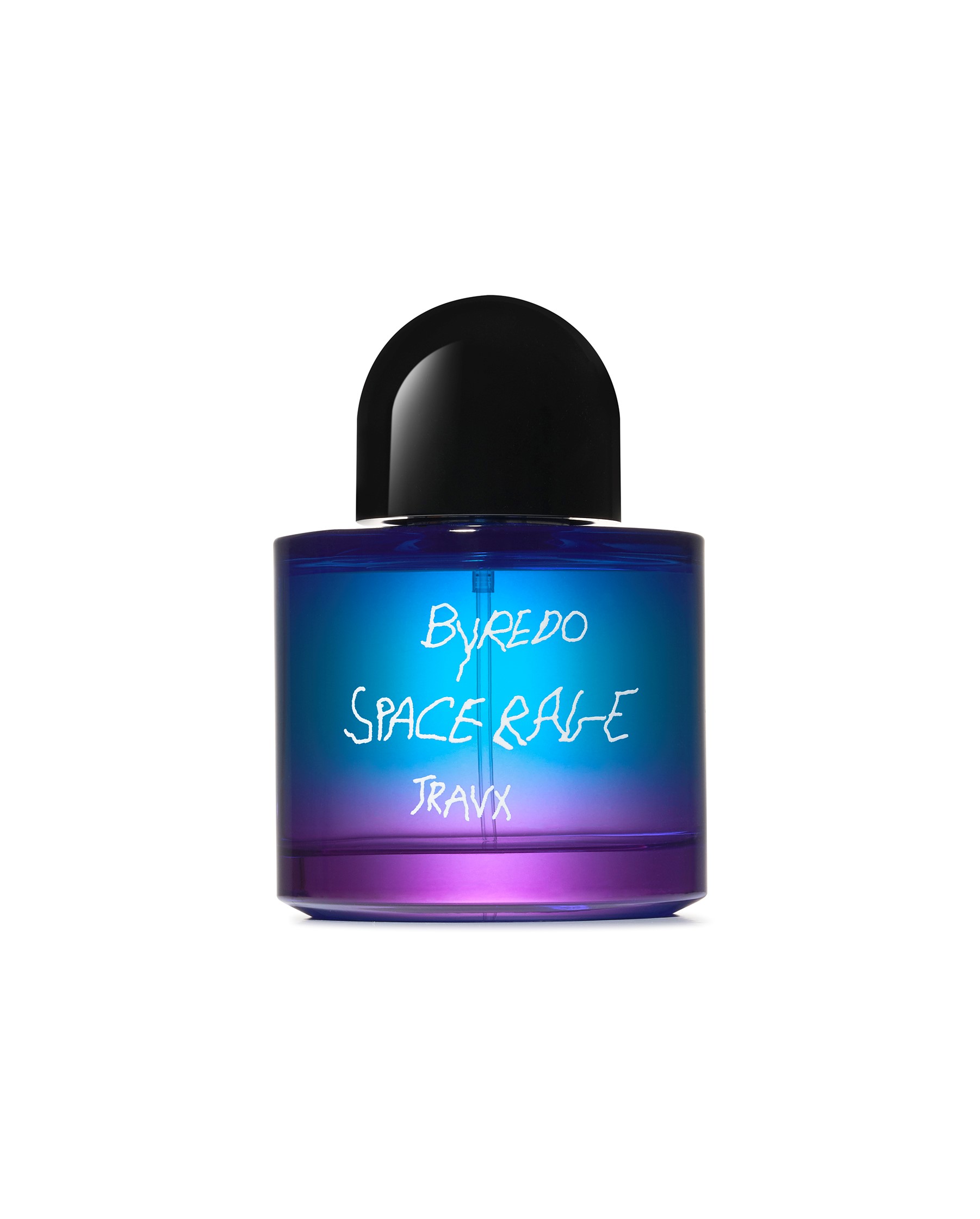 This fruity-floral concoction evokes Rihanna’s home of Barbados with a base of musk, sandalwood, and vanilla orchid that’s layered with middle notes of gardenia petals, orange blossom, and Sambac jasmine; and guava on on top. 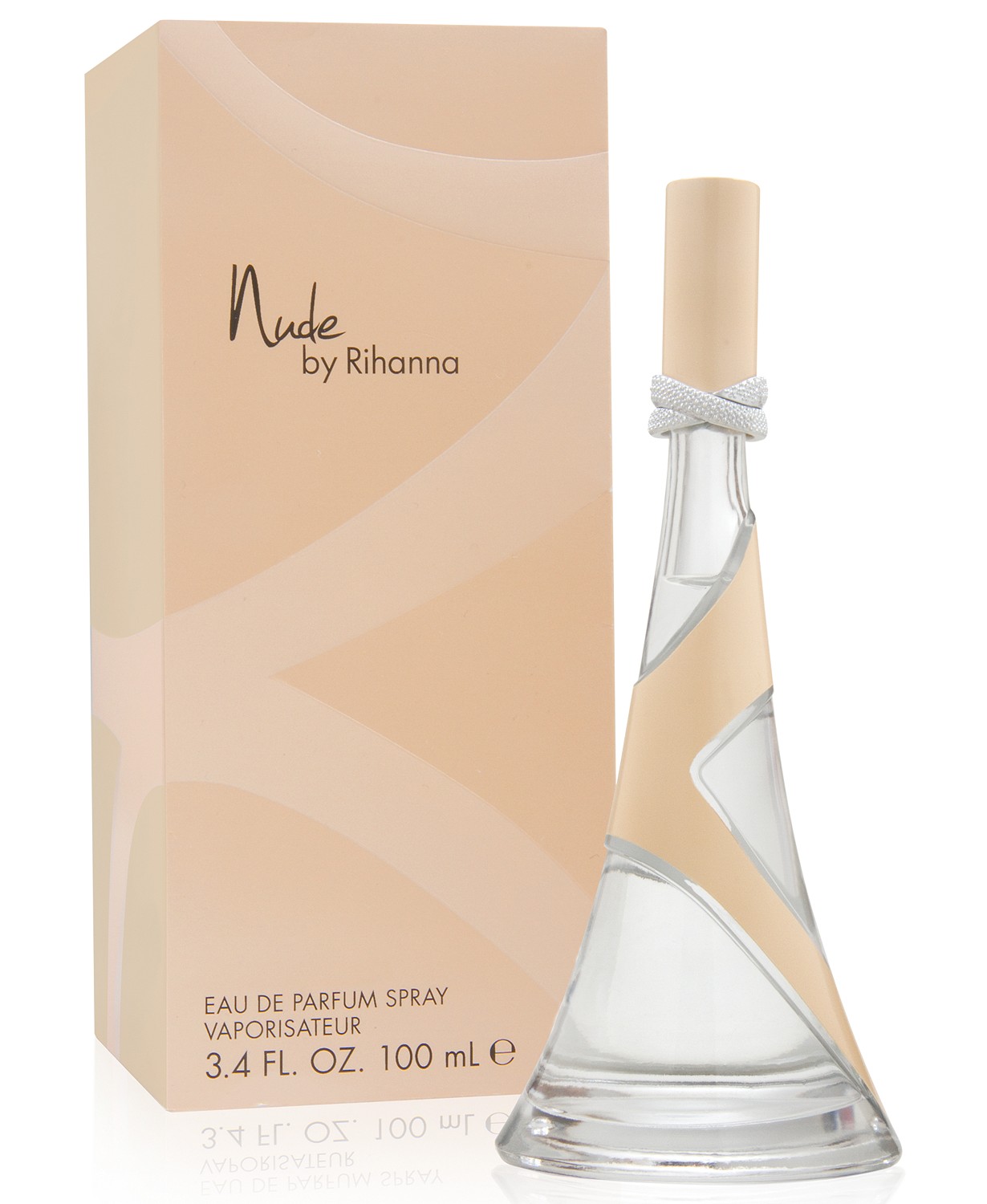 Arguably the pop star that sparked the celebrity scent boom in the early aughts, J. Lo launched her beauty empire in 2002 with the release of her now-bestselling perfume, Glow. The light floral aroma has sweet orange blossom blended with neroli and grapefruit, resulting in a fresh, citrus finish. 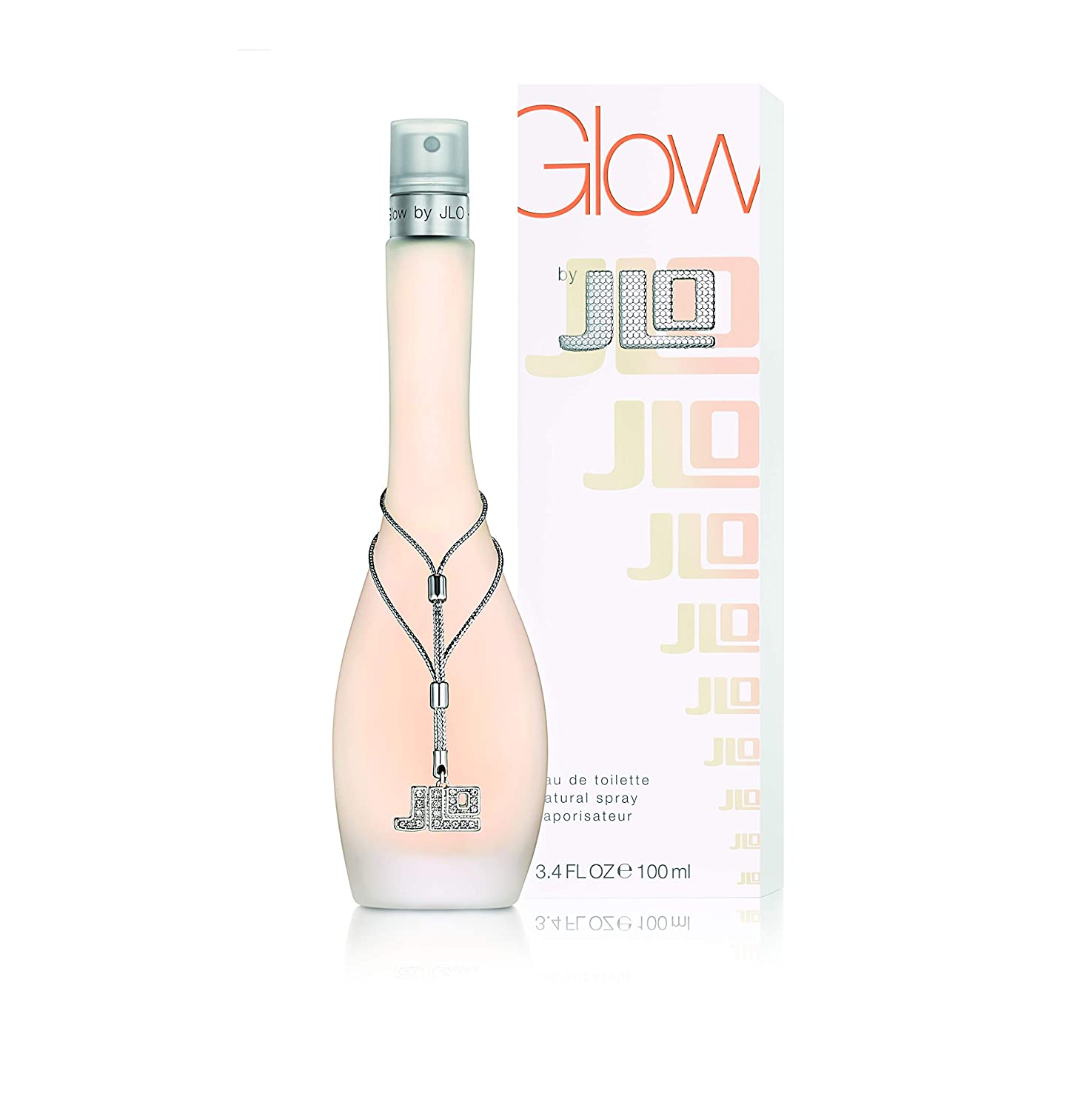 While American fans await the U.S. release of the unisex “Ego” edition of Britney Spears’ Prerogative perfume (it’s currently available in the U.K.), they can spritz on the original floral-woodsy scent that has base notes of amber wood and saffron cream, mid notes of espresso foam and red calla lilly, and sweet top notes of apricot nectar, goji berries, and pink pepper. 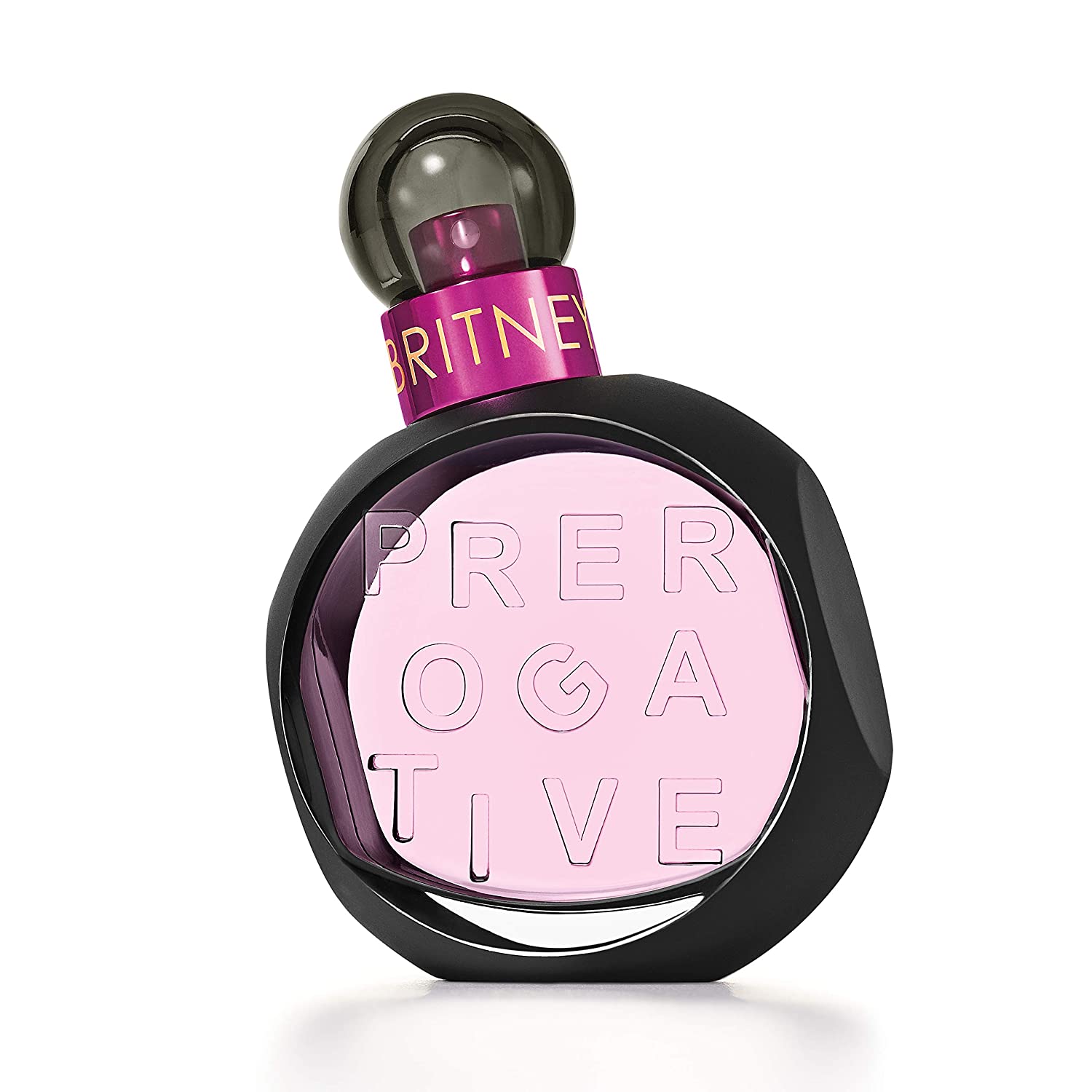 Mother Monster’s dark and sensual perfume taps into her avant-garde aesthetic with hints of honey and apricot over florals like belladonna, orchid, and jasmine sambac. Ever the showwoman, Lady Gaga’s onyx-hued fragrance becomes invisible when it’s sprayed onto the skin. It’s sold out at most major brick-and-mortar retailers but still widely available through third-party stores online and on eBay. 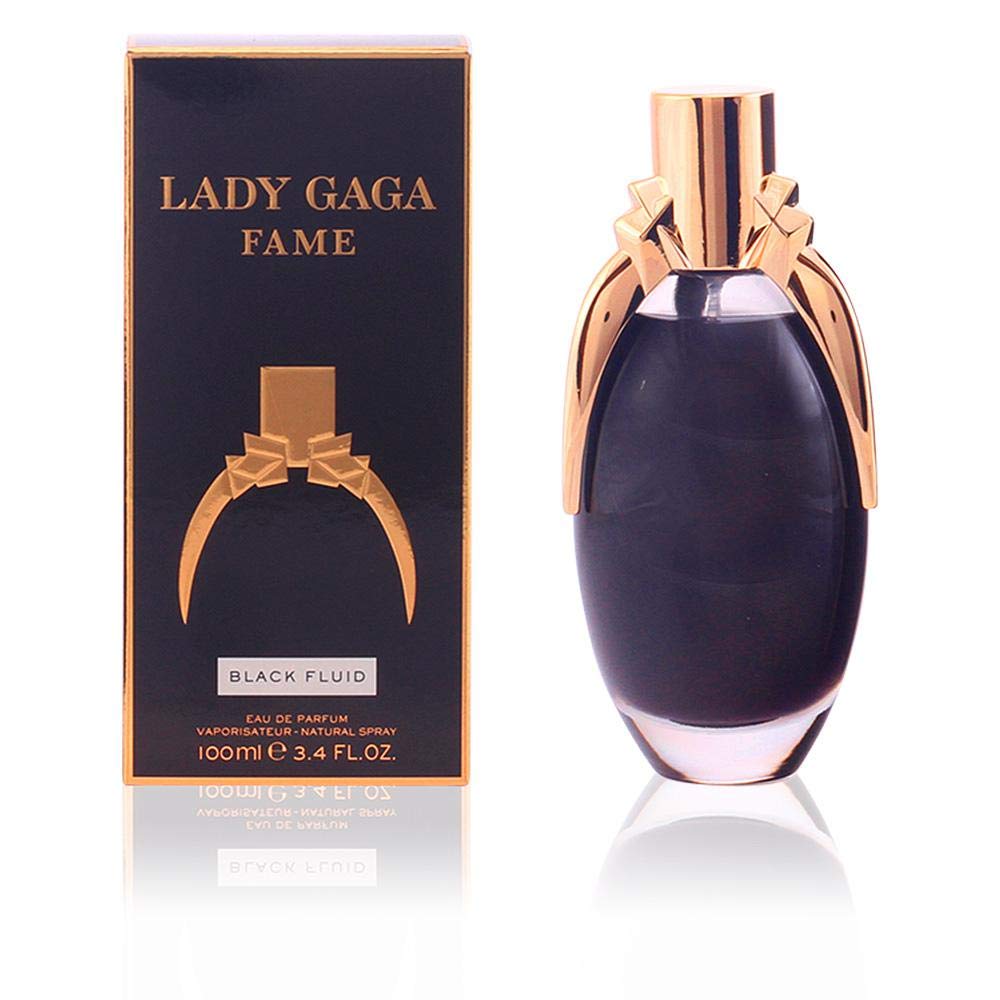 For those curious about the eau d’Usher, here’s your answer. The “U Got It Bad” singer’s signature cologne is a blend of fresh sea water, bay leaves, nutmeg, and sandalwood, resulting in a crisp and bold fragrance. 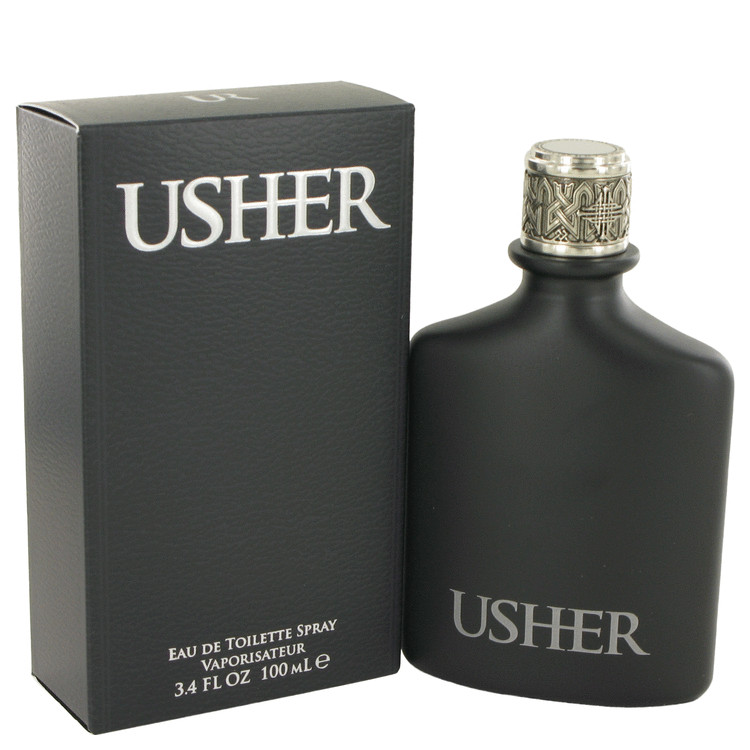 The Canadian singer-songwriter’s unisex fragrance has fruity top notes of lemon, red apple, and pineapple, followed by sweet middle notes of frangipani, maple, and rose. The base of dulce de leche, cedar, and musk give it a woody body. 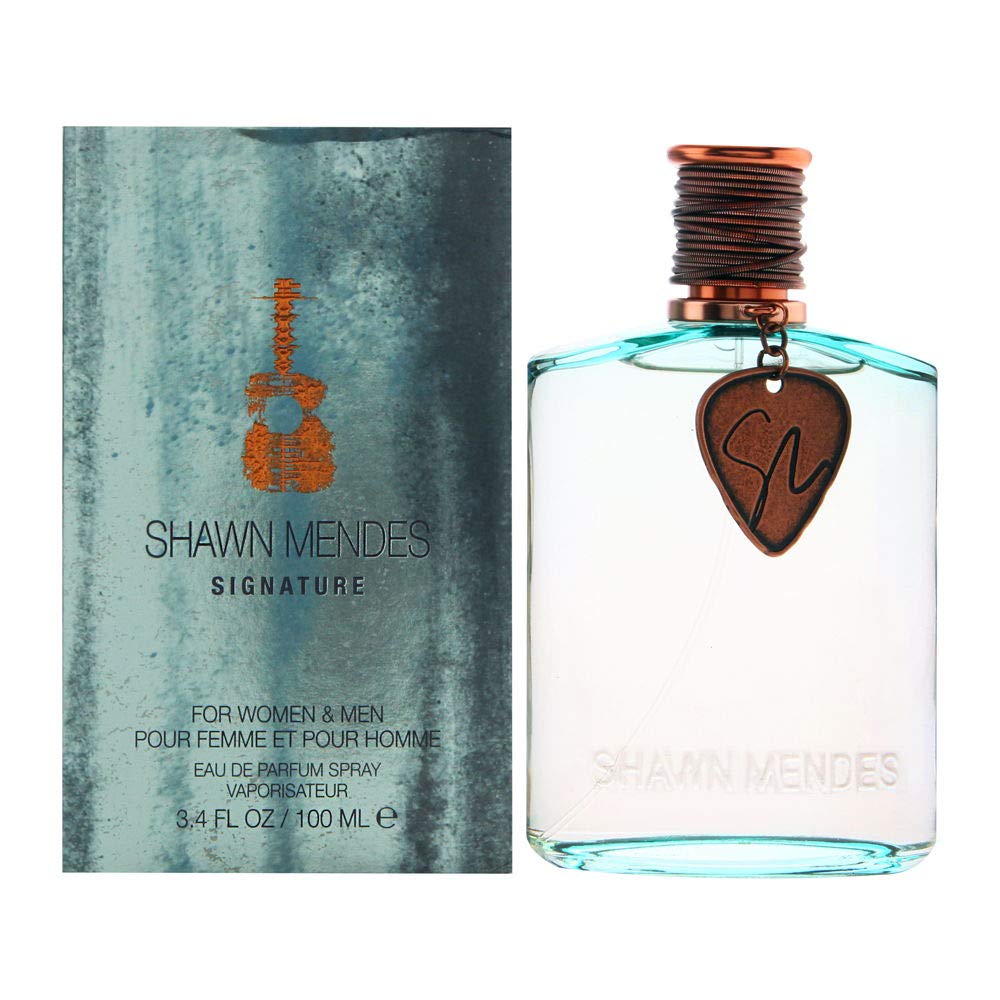