Olivia Rodrigo is not here for fans pitting women against one another over a man. The 18-year-old singer graces one of the covers for Variety‘s Power of Young Hollywood issue and talks about all the drama that ensued after fans began speculating about her lyrics to her smash hit, “Drivers License.”

Specific lyrics in particular had fans buzzing. Many speculated that the breakup anthem is about the rumored relationship between her High School Musical: The Musical: The Series co-star Joshua Bassett (whom she was rumored to have dated) and Sabrina Carpenter. The lyrics read, “And you’re probably with that blonde girl/Who always made me doubt/She’s so much older than me/She’s everything I’m insecure about.”

Rodrigo tells the outlet that she didn’t anticipate all the furor that the lyrics created.

“I put it out not knowing that it would get that reaction, so it was really strange [when] it did,” she says. “I just remember [everyone being] so weird and speculative about stuff they had no idea about.”

“I don’t really subscribe to hating other women because of boys,” she continues. “I think that’s so stupid, and I really resent that narrative that was being tossed around.” 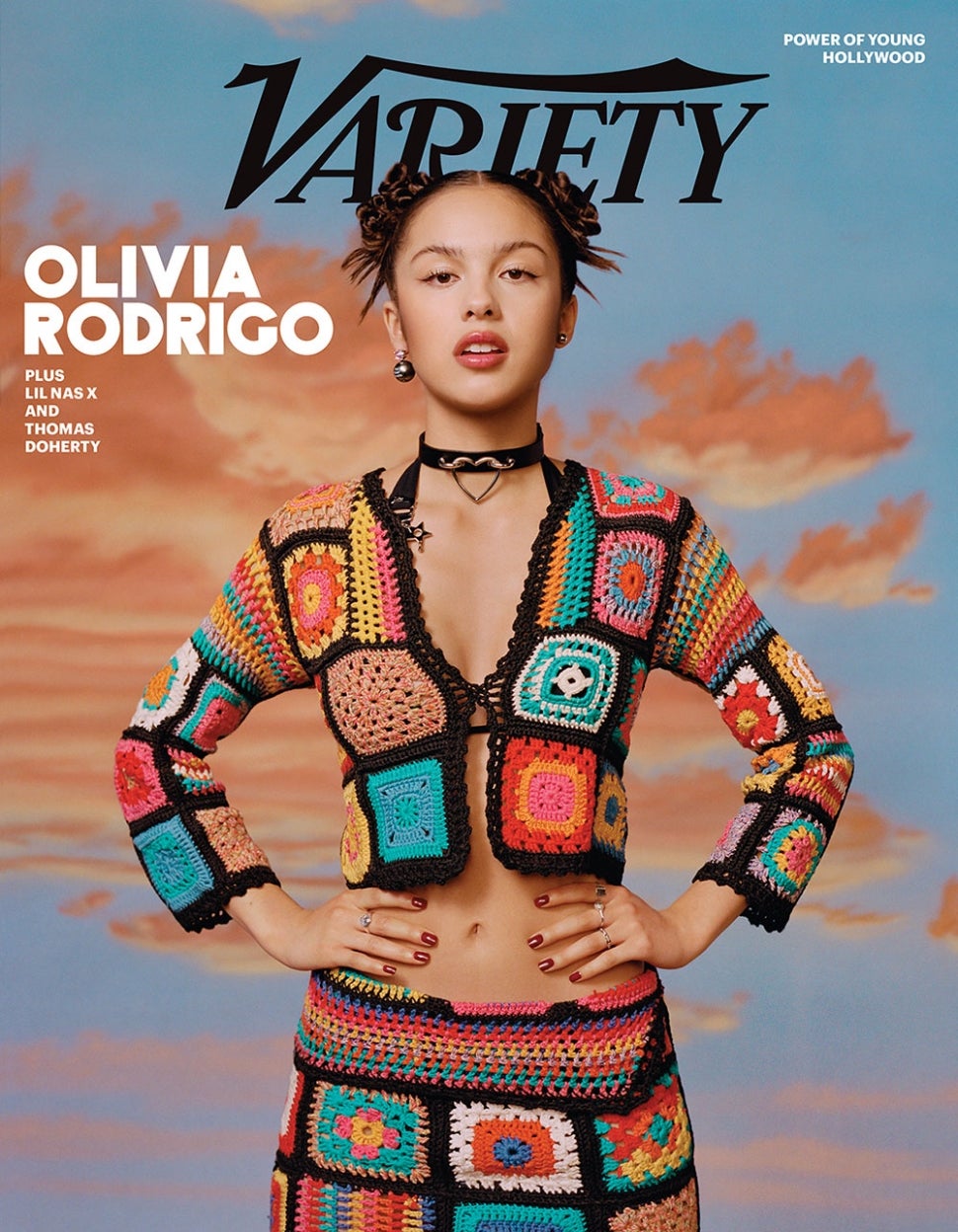 Later, Rodrigo talks about her friendships with other women in the music industry, including her songwriting idol, Taylor Swift.

“It’s so nice to be welcomed into the music industry and so great to be supportive of other women,” she says. “She wrote me a letter a while ago, and she wrote something about how you make your own luck in the world, and how you treat other people always comes back to you.”

“I met Selena, and she was so kind,” Rodrigo recalls. “She talked to me a lot about prioritizing mental health, which I think is really important in this industry. All of us were in the limelight very young [and] that can be taxing on your psyche and can bring about all these weird issues.”

As for breaking out of the mold of being a Disney star, Rodrigo says dropping the F-bomb in a few of her songs isn’t an attempt on her part to prove she’s edgy.

“People ask me all the time, ‘Oh, did you just swear so that people would know that you’re not a Disney kid anymore?'” she says. “It truly isn’t a calculated decision in my head. It’s not like, ‘Oh, I’m gonna be an edgy kid now.’ I just tend to have a very dirty mouth, and I think that obviously reflects itself in my songwriting.”