Paris Hilton is breaking free and letting go of her past trauma. In her YouTube Originals documentary, “This Is Paris,” “The Simple Life” alum exposed the abuse she allegedly suffered at the hands of Provo Canyon School, a psychiatric residential treatment center for troubled youth in Utah. There, she claimed she was exiled to solitary confinement, medicated to a point where she felt “numb and exhausted,” and monitored every time she needed to use the bathroom, according to People.

“I was verbally, mentally and physically abused on a daily basis.​ I was cut off from the outside world and stripped of all my human rights,” she testified in court against her boarding school in February, per People. “For the past 20 years, I have had a recurring nightmare where I’m kidnapped in the middle of the night by two strangers, strip-searched, and locked in a facility. I wish I could tell you that this haunting nightmare was just a dream, ​but it is not​.”

To constantly relive this pain and torture, the heiress was inevitably left with deep-rooted trauma that has only recently subsided. Since speaking out, Hilton has been able to move towards a path of healing, working with survivors and assisting to pass a reform in Utah that prevents this type of treatment to minors. 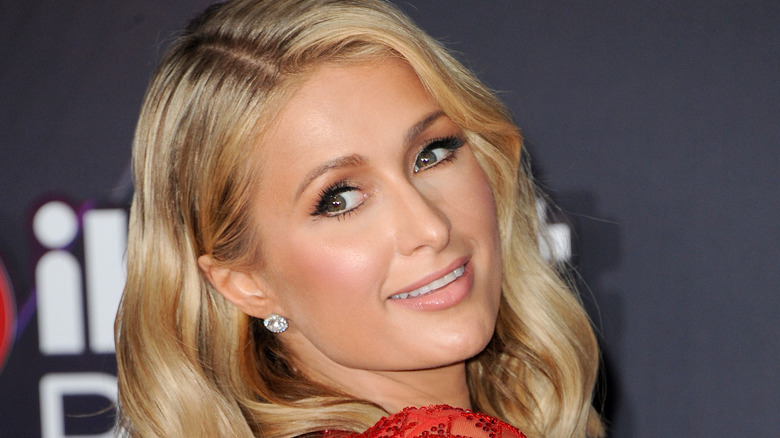 Since telling her truth, Paris Hilton has made significant progress to cope with her trauma. Speaking to WSJ Magazine for the “My Monday Morning” series, Hilton shared that the “nightmares” have subsided while providing an update on her sleeping habits.

“I used to have very bad insomnia,” she revealed. “But ever since I did my documentary and I’ve been doing all of my work for my cause to help the children, it’s been so healing that I don’t have nightmares anymore.” Now, the DJ needs eight to 10 hours of sleep to “feel really great the next day. My hours have changed so much; I used to be up so late at night and traveling 250 days out of the year and DJing very late-night sets, so I used to wake up a lot later.”

While this year has been difficult for most, the businesswoman is sharing what she learned about herself during the pandemic. “I learned that I can stay home, that I don’t need to be everywhere, because I’ve always been one of those people who needs to be everywhere and then I have FOMO,” she said. “I’ve learned that I don’t need to be at every single event, I can just be at home,” she continued. As for her work ethic, she’s realized how much work she can get done remotely. “I can literally do 20 Zooms in one day, get a week’s worth of work done in one day.”

If you or someone you know may be the victim of child abuse, please contact the Childhelp National Child Abuse Hotline at 1-800-4-A-Child (1-800-422-4453) or contact their live chat services.

If you or someone you know is struggling with mental health, please contact the Crisis Text Line by texting HOME to 741741, call the National Alliance on Mental Illness helpline at 1-800-950-NAMI (6264), or visit the National Institute of Mental Health website.