“I’m feeling amazing. I’m good, I’m good. I’m exhausted and this [Golden Globe] weighs more than I do,” Clarkson, 59, told Us Weekly exclusively at HBO’s Golden Globes party on Sunday, January 6, at The Beverly Hilton. “I’m not kidding you ‘cause I haven’t eaten in, like, 10 days.”

The actress took home the trophy for Best Performance by an Actress in a Supporting Role in a Series, Limited Series or Motion Picture Made for Television for her role as Adora Crellin in HBO’s Sharp Objects during Sunday night’s broadcast. 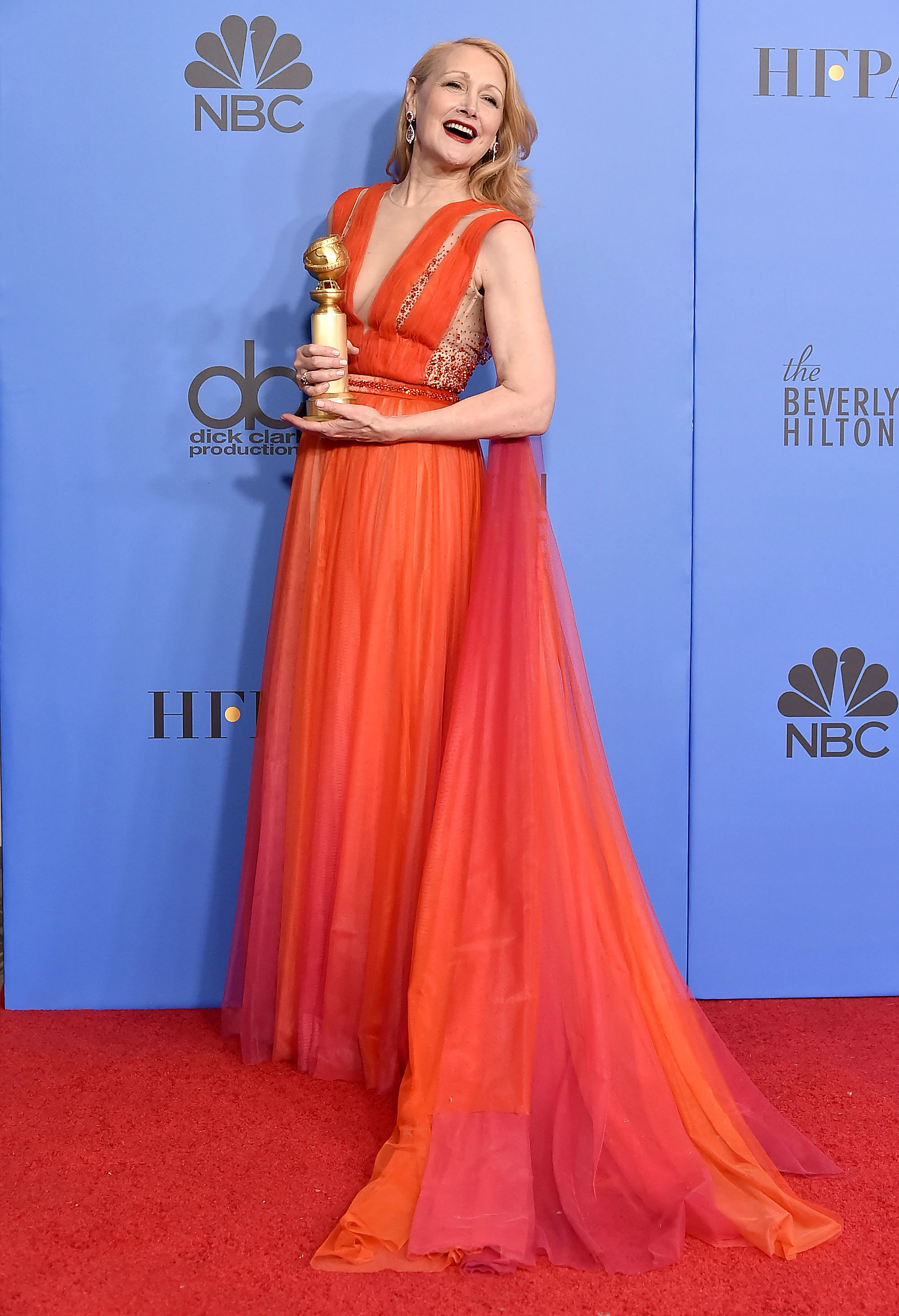 “A favorite moment was winning!” she exclaimed to Us, noting that she celebrated the win with her costar Amy Adams. “She just said,‘I love you.’ I love her and this is for her also.”

While fans may hope that Sharp Objects returns for a second season even though it was a limited series — à la fellow HBO drama Big Little Lies — Clarkson told Us that it “might end there.”

“And it’s all right! Hey, look, this is a great ending!” she said, adding that she was “going to eat now and drink” to celebrate her win.

Us also caught up with Clarkson in the Golden Globes pressroom on Sunday.

“I’m gonna be bolognese-ing tomorrow. Or maybe tonight,” she told Us and other reporters. “This belt is very tight and it will just make my life miserable. So I’m gonna get through tonight, have a little more champagne — thank God I haven’t had too much — and call my mom and dad when I finish talking to you and see friends and celebrate this extraordinary man that’s my date tonight.”

With reporting by Carly Sloane and Marisa Sullivan