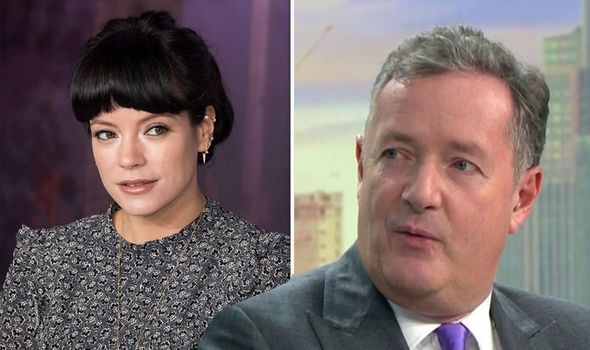 Piers Morgan, 54, has shared an article regarding Lily Allen’s comments about the General Election 2019 in view of his seven million Twitter followers. He wrote: “I think I speak for Britain when I say if @lilyallen doesn’t like it here, why doesn’t she f*ck off?”

Following the Conservative party’s win today, the singer took to her Instagram page to express her thoughts.

She shared a picture of a sad face emoji alongside the caption: “Some say it was Brexit, some day it was Jeremy [Corbyn].

“Personally, and I know no one wants to hear it, I think that racism and misogyny runs so so deep in this country and that Boris won because of his attitude towards those things and not in spite of them.”