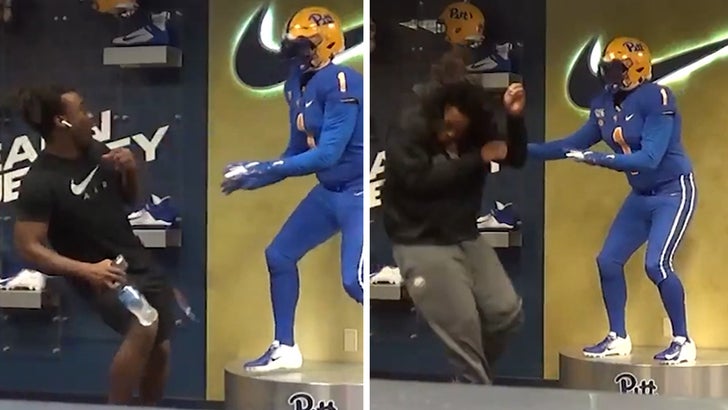 Good … ’cause University of Pittsburgh football staffers scared the crap out of their team with a fake mannequin — and the video of the players’ reactions is HILARIOUS!!

The team’s assistant director of player personnel, Karlo Zovko, pretended he was a dummy wearing a Pitt uniform … and when guys walked by, he pounced.

Ya gotta watch the video … some of the players hit the deck, some screamed out in fear — and one of the dudes even threatened to punch Zovko in the face!!! 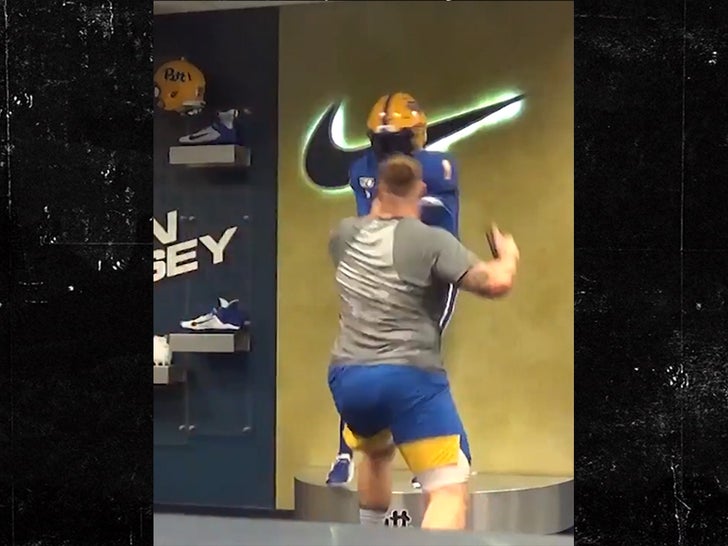 As for the Panthers players … they better get over the scare quick — they got a big game against Georgia Tech on Saturday!!