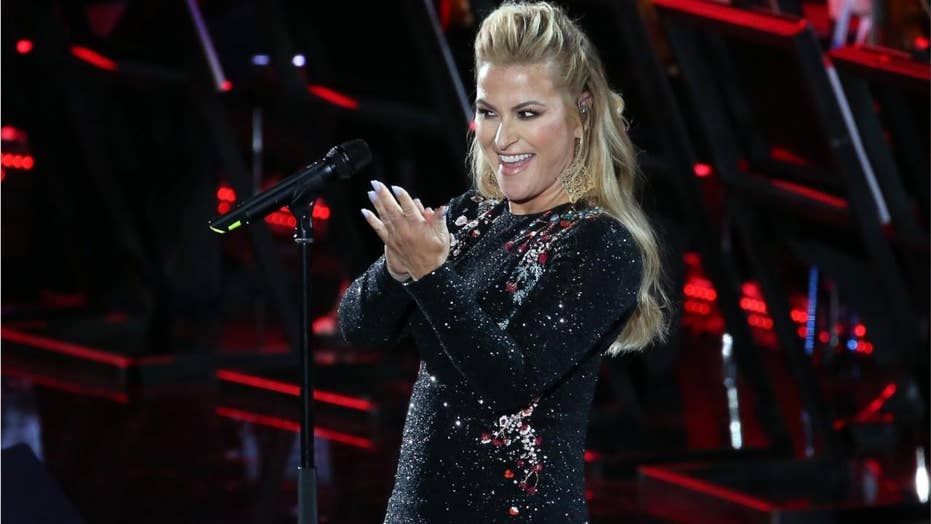 The singer’s lower body-parts were ordered to remain firmly static last night during a performance for Pope Francis at The Vatican — after the pop star was issued with a ‘no hip-shaking’ rule.

Anastacia was told that for one very special gig she didn’t have a cha-cha-chance of performing any of the sexy moves she learned on "Strictly Come Dancing."

The singer's lower body-parts were ordered to remain firmly static last night during a performance for Pope Francis at The Vatican — after the pop star was issued with a "no hip-shaking" rule.

We can reveal that the U.S. singer, partnered on the dance show with Brendan Cole, was given a series of strict protocol instructions ahead of her live show, in order not to offend the Roman Catholic supremo.

As well as being told to stand still, Anastacia was also instructed to wear a "smart and length-appropriate" dress and told not to swear during the evening.

A source said: "Anastacia is more used to calling the shots and issuing demands ahead of a performance.

"But a few weeks ago she received an official document which clearly spelled out, in no uncertain terms, the conditions she must adhere to if she wants to perform in front of the Pope.

"Everyone knows Anastacia loves to move a lot on stage and that her stage outfits are pretty risque, as she's partial to showing off her incredible abs.

"The Pope's officials needed to make it clear that there could be none of that.

"Not only would it be highly inappropriate for religious reasons but Pope Francis is about to turn 82. He would probably have the shock of his life if Anastacia started shaking her hips in front of him."

The Italian job comes just a few months after a clip of Anastacia dancing went viral when she flashed the flesh during an appearance on "Dancing With the Stars" in the same country.

A clumsy lift caused her sparkly dress to ride up, exposing her flesh-colored knickers and showing off her bottom cheeks.

Anastacia was also granted a 20-minute one-to-one audience with the Pope as, strangely, he's reported to be a "big fan."

This article originally appeared on The Sun.