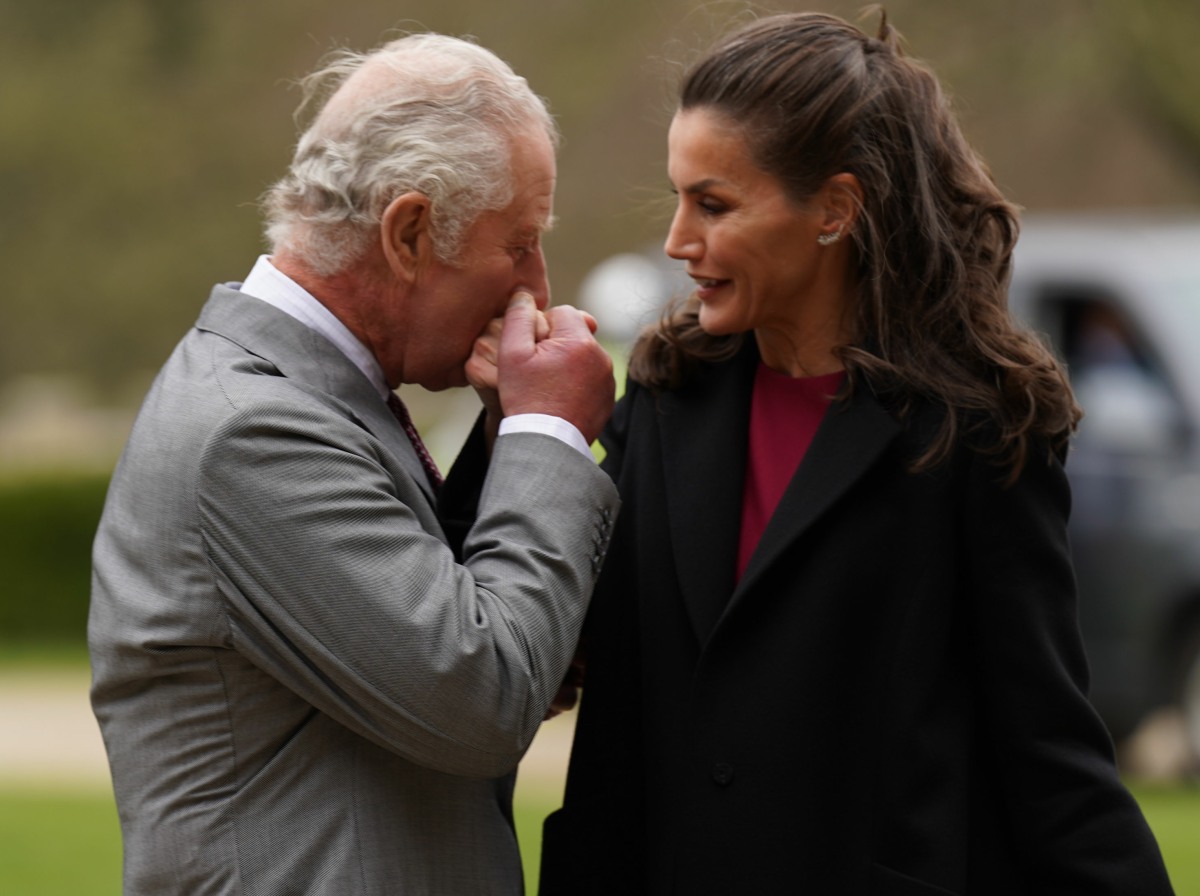 The British royals have been close to the Spanish royal family for decades. King Juan Carlos was friendly with Queen Elizabeth, Prince Philip, Prince Charles and Princess Diana. King Felipe absolutely seems to be a favorite of QEII, and Prince Charles seems especially fond of Queen Letizia. Over the years, the Spanish royals regularly visit the UK for events and Charles is always all over Letizia. So it was today, when Letizia flew in and attended an event with Charles at Auckland Castle. The event was pretty cool, and it involved art!

He’s a future King and she’s a Queen, but Prince Charles and Queen Letizia of Spain greeted each other like dear friends. Queen Letizia received a warm welcome from Prince Charles on Tuesday at England’s Auckland Castle. Although Prince Charles, 73, became known for greeting people with “namaste” — a traditional Hindu greeting where the palms are pressed together and accompanied with a slight bow — during the height of the COVID-19 pandemic, he said hello to Letizia, 49, with a kiss on her hand and cheek.

The two royals reunited in the U.K. to view a new exhibition of Spanish art by Francisco de Zurbarán. The exhibit has been housed in Auckland Castle for over 250 years. Zurbarán’s Jacob and His Twelve Sons, based on the biblical story, were painted between 1641 and 1658 and accessible only to the guests of the Bishop of Durham in the castle’s Long Dining Room.

The Zurbarán series was in danger of being sold off by the Church of England Commission, but philanthropic financier Jonathan Ruffer purchased the paintings in 2012. He also bought the castle, where the historic works will be displayed for the public.

So, Spanish artist, Spanish art, housed for centuries in an English castle. How very British Museum. I’d be curious to see the provenance of all of the Zurbaran pieces. Anyway, I just liked these photos because Charles looked like he was ready to risk it all for Letizia. He’s got a thing about kissing a woman’s hand too, and honestly? I find that charmingly old-school. So few men kiss a woman’s hand anymore. Bring back hand-kissing. Bring back dudes pledging fealty to a lady as they drop to one knee. 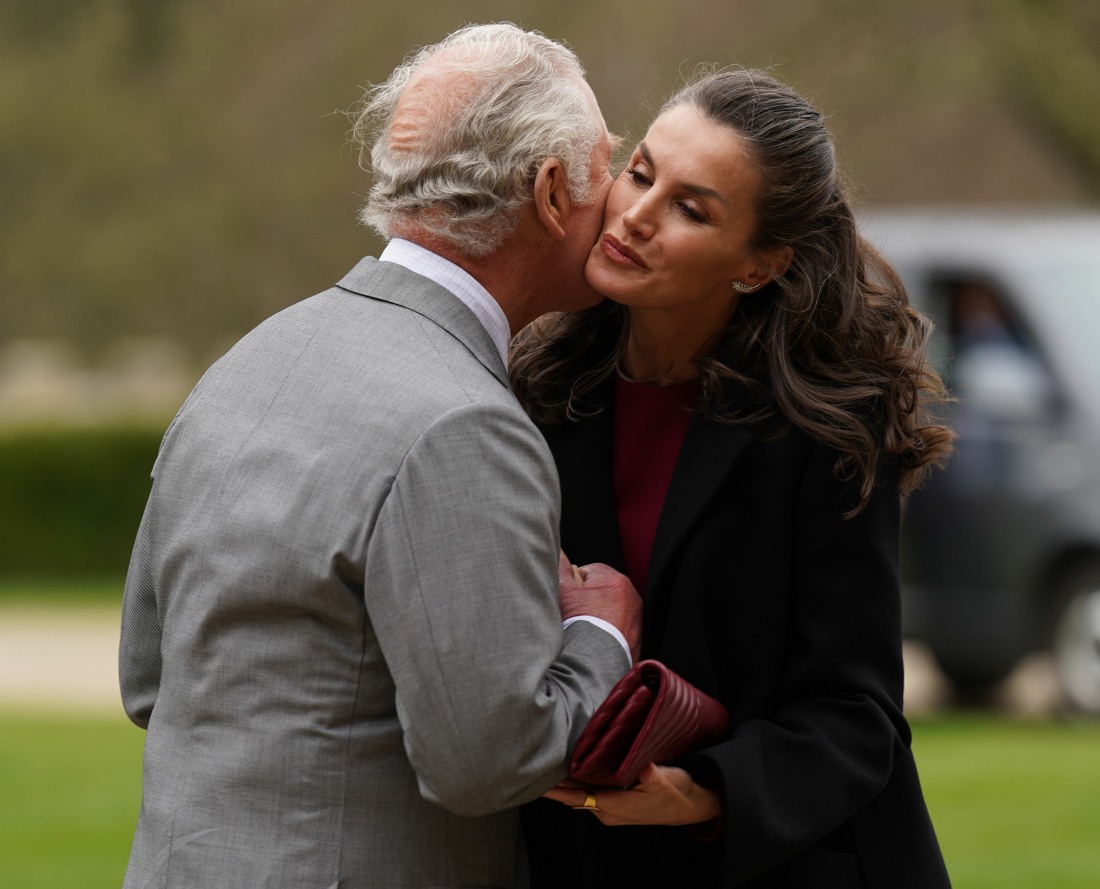 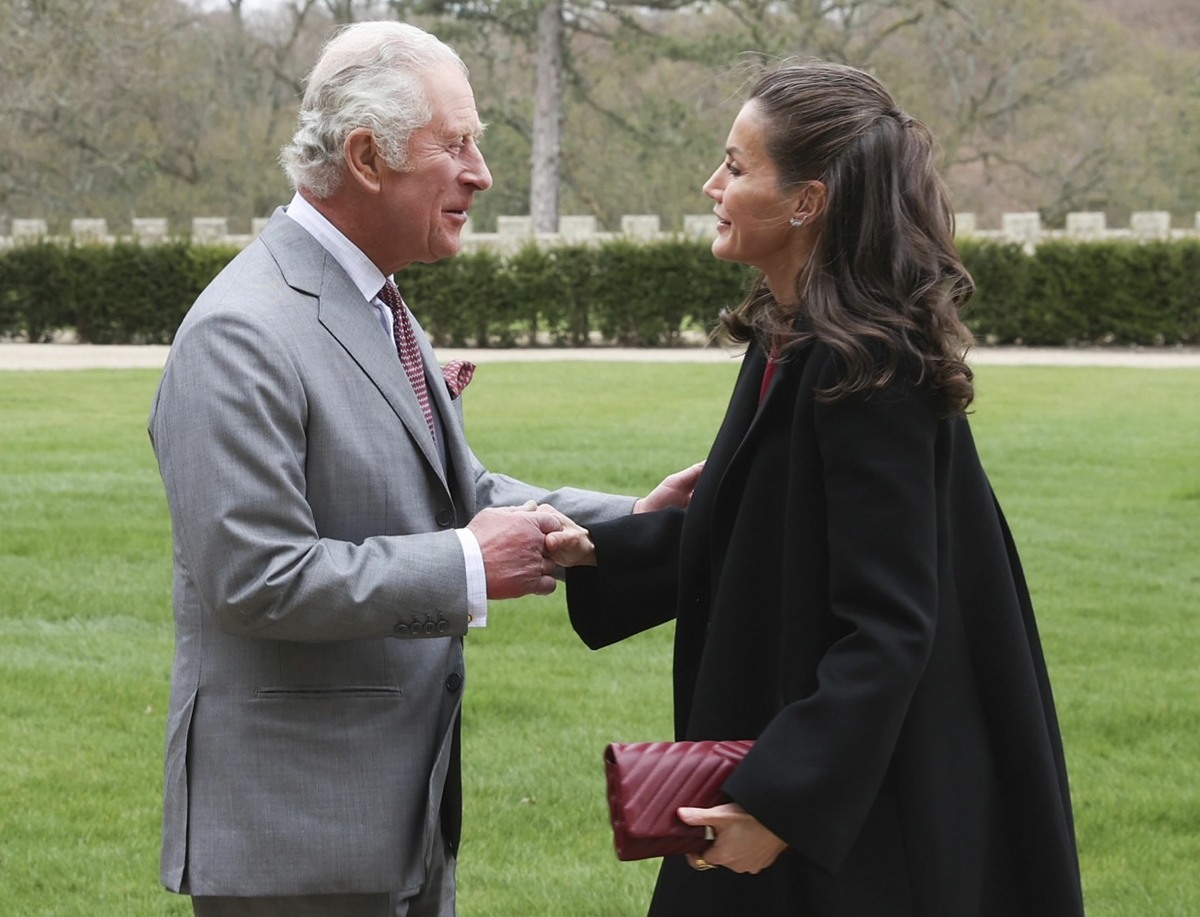 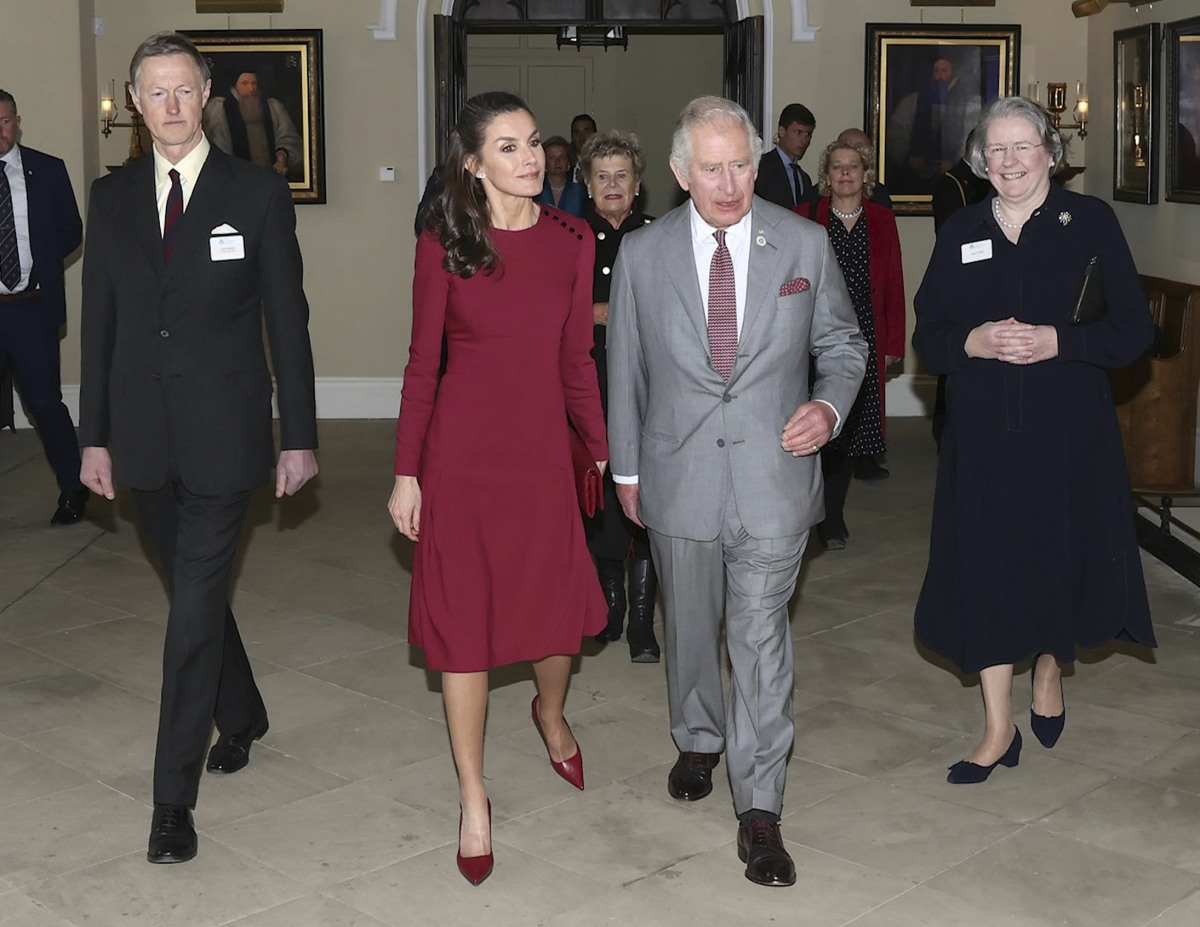