Prince William is back on the horse.

After over a year away from the polo pitch, the Duke of Cambridge made his return today for the 2021 Out-Sourcing Inc. Royal Charity Polo Cup in Windsor Great Park. The match raised funds and awareness for charities William supports with his wife, Duchess Kate, including Centrepoint, East Anglia Children’s Hospices (EACH), Family Action, Fields in Trust, The Forward Trust, London AirAmbulance, Mountain Rescue England and Wales, and Tusk. The duke suited up in his navy and white uniform with a mallet in hand as he raced across the green on horseback.

The last time William participated in a public polo match was in 2019, with his brother, Prince Harry, by his side. At the time, Duchesses Kate and Meghan were also in tow with their children. (Baby Archie was just months old at the time.) While the brothers went head to head on opposite teams back then, this time, Prince William competed solo. Kate was also not in attendance as she continues to self-isolate after being exposed to someone who later tested positive for COVID-19. 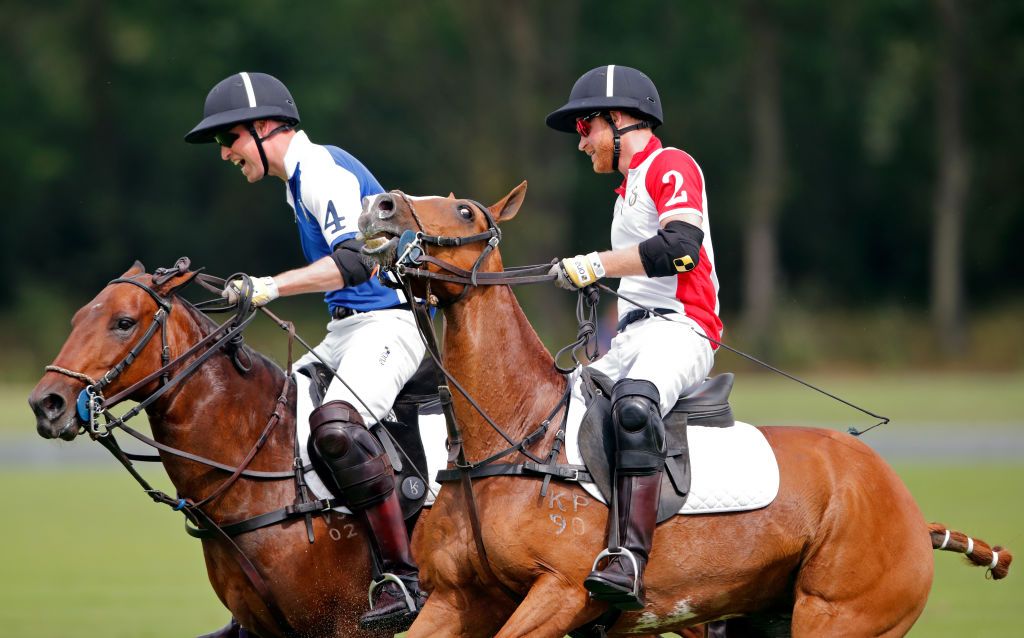 William and Harry just recently reunited in London for the official unveiling of the statue they commissioned for their late mother, Princess Diana.

“Today, on what would have been our Mother’s 60th birthday, we remember her love, strength and character—qualities that made her a force for good around the world, changing countless lives for the better,” the brothers said in a statement. “Every day, we wish she were still with us, and our hope is that this statue will be seen forever as a symbol of her life and her legacy.”