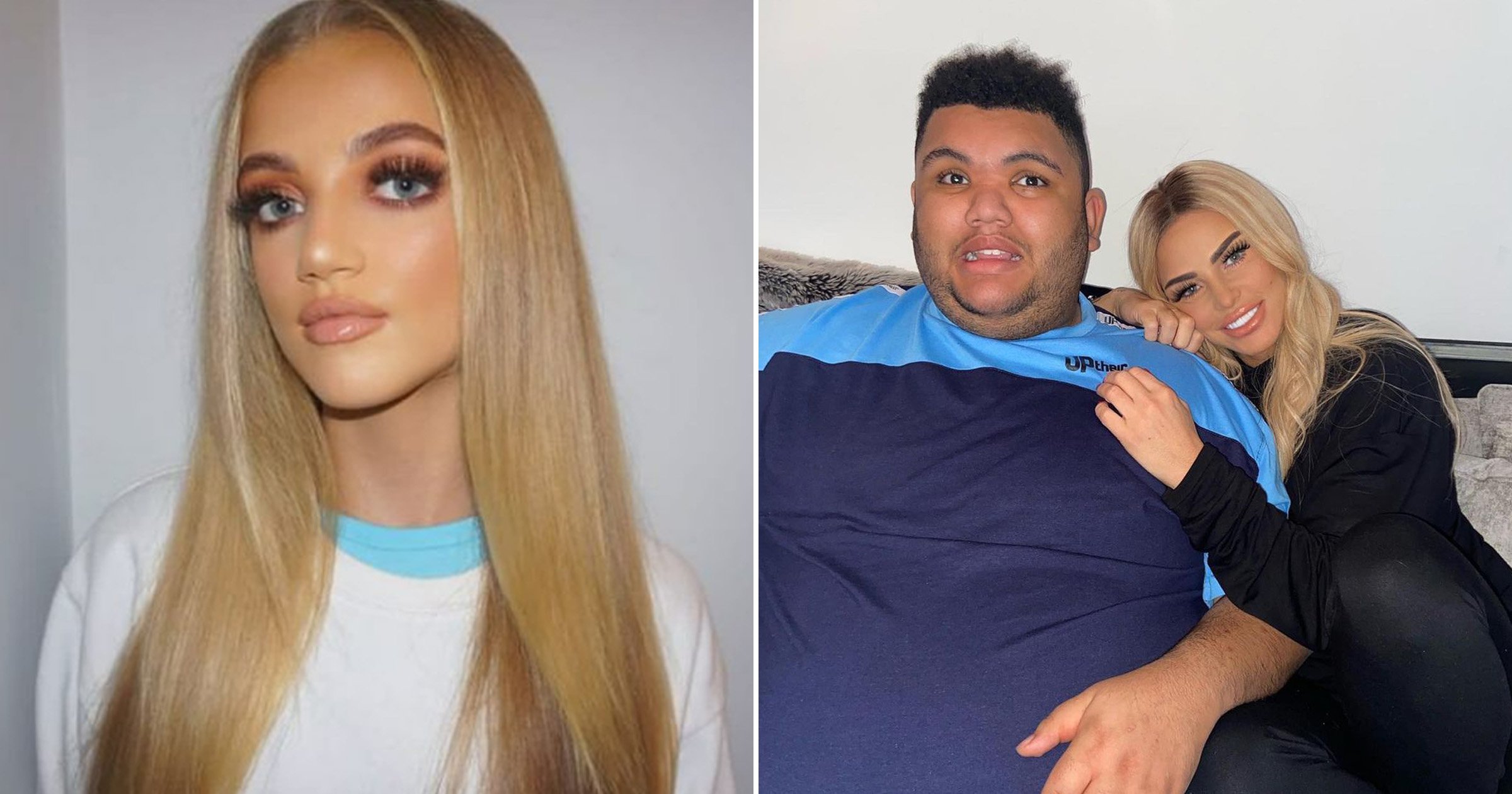 Katie Price’s daughter Princess Andre has detailed the reality of living with her older brother Harvey in an honest account.

In mum Katie’s new book, the 14-year-old shared what it’s like growing up with Harvey, 19, who has Prader-Willi syndrome, autism, and a learning disability.

She also revealed how her siblings, Junior, 16, Jett, eight, and Bunny, seven, cope with their brother’s behaviour.

‘I do try and let Mum sort him out when he’s kicking off, because she knows him better than anyone,’ Princess wrote.

‘Harvey is also really close to Junior. Once he gets into a temper, Bunny and Jett try to avoid him because sometimes it can be hard to know how he’s going to react. He’s much bigger than them, so they find it scary.’

In an extract shared with the Mirror, she continued: ‘Harvey loves the sound of crying, so sometimes he can purposely go for Jett and Bunny just to make them cry.

‘Obviously he can’t help it and he’s not doing it to purposely hurt them, he just enjoys the noise of it.

‘He used to do that to me when I was younger, too. I can’t really remember what it was like when I was really young, but when I was about seven, he used to try and hit me.

‘It’s because he used to hear me and Junior play fighting together when we were younger, so he worked out that if he hit me it would make me cry.’

Katie, 43, shares her eldest child Harvey with former footballer Dwight Yorke, but he has had very little to do with the teen.

Despite his stance, the mum-of-five vowed that she will never stop asking Dwight to be a part of their son’s life, and will never give up hope that they can reconnect.