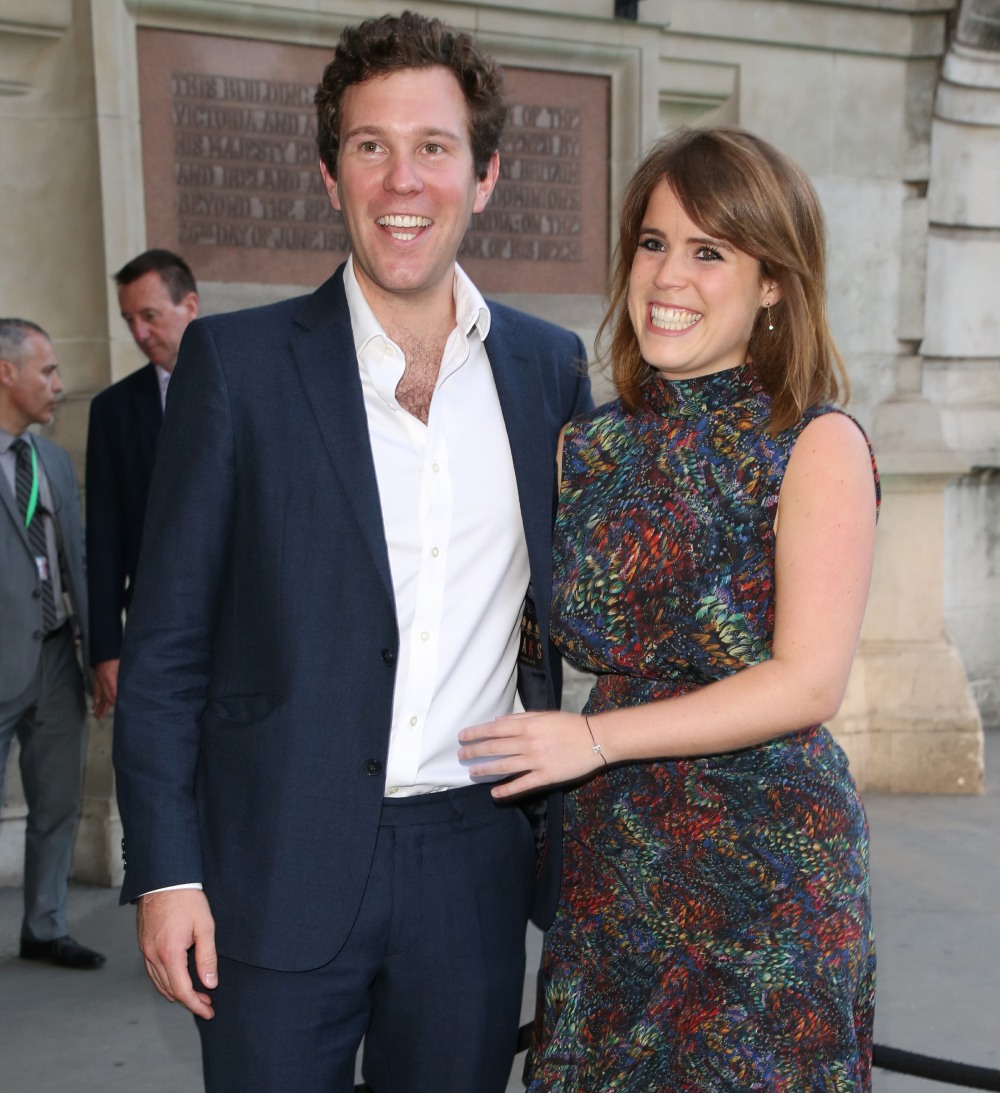 Princess Eugenie of York married Jack Brooksbank in October 2018. I think many of us believed she would get pregnant pretty quickly, and there were rumors here and there over the past two years, but nothing ended up happening until the pandemic. Eugenie and Jack are expecting their first, and the announcement is less than a month shy of their second wedding anniversary:

There’s another royal baby on the way – this time for Princess Eugenie and Jack Brooksbank! The royal couple are expecting their first child together, Buckingham Palace confirmed. It is due early next year.

This will be the first grandchild for Eugenie’s parents, Prince Andrew and Sarah Ferguson, and Queen Elizabeth and Prince Philip‘s ninth great-grandchild.

In a statement, the palace said, “Her Royal Highness Princess Eugenie and Mr Jack Brooksbank are very pleased to announce that they are expecting a baby in early 2021. The Duke of York and Sarah, Duchess of York, Mr and Mrs George Brooksbank, The Queen and The Duke of Edinburgh are delighted with the news.”

Eugenie’s Instagram announcement says “early 2021.” Which makes me wonder how far along she is! It also makes me wonder – and I’m laughing as I type this – if Eugenie quietly told her family that she was expecting during Beatrice’s pandemic wedding, which happened in mid-July, roughly what? Five or six weeks ago? If Eugenie’s already four or five months along right now, it’s possible! Which would just be carrying on a royal tradition, since that’s what Meghan did during Eugenie’s wedding.

Also: is this why Bea and Eugenie went to a private nightclub this week? To celebrate the pregnancy? Why would you go to a nightclub in the middle of a pandemic… while pregnant??