Oh damn, never seen that color blue! Taylor Swift and Joe Alwyn were perfectly in-sync with one another as they attended a British Academy of Film and Television Arts Awards afterparty in London on Sunday, February 10.

The “Reputation” songstress, 29, stunned in a pale-blue Stella McCartney ballgown that she paired with a matching knee-length Max Mara wrap coat before she strolled hand in hand into the Vogue bash with the Boy Erased actor, 27. Alwyn, for his part, sported a classic black tux with bow-tie.

Earlier that night, Swift took to Instagram to show off her beautiful dress and gush over the seven BAFTA wins that The Favourite — the period drama film that starred her beau — took home. (Alwyn, however, was not nominated for an acting award for his role of Masham.)

“AHHHHH @thefavouritemovie just won 7 @bafta awards !!!” the “Look What You Made Me Do” singer captioned the photo that shows her looking like Cinderella with a sweet smile on her face. “Bout to go give some high fives – thanks @stellamccartney for this dressss.”

That same night, Swift skipped the 2019 Grammy Awards at the Staples Center in Los Angeles where she was nominated for Pop Vocal Album for her sixth studio record, Reputation. Ariana Grande took home that award for her fourth studio album, Sweetener.

Despite being busy working on the film adaptation of Cats, Swift seemingly enjoyed taking time out of her schedule to cozy up with Alwyn at the event. The Sun’s executive editor Dan Wootton documented a series of photos from the night that showed the proud pop star getting cozy with her love.

“SUPER CUTE! Taylor Swift just snuck into the #eebaftas dinner and was very affectionate with her boyfriend Joe Alwyn on The Favourite table next door,” Wootton captioned the Instagram post. “The most affectionate they’ve been yet. #taylorswift”

Swift and Alwyn were first publicly linked in in May 2017. A source told Us Weekly in December 2018 that the two are “very low-key and normal.” The insider added: “She’s much happier without her personal life out in the open. She credits Joe for that and realizes how much better off she is.”

Scroll down to see photos from Swift and Alwyn’s picture perfect night! 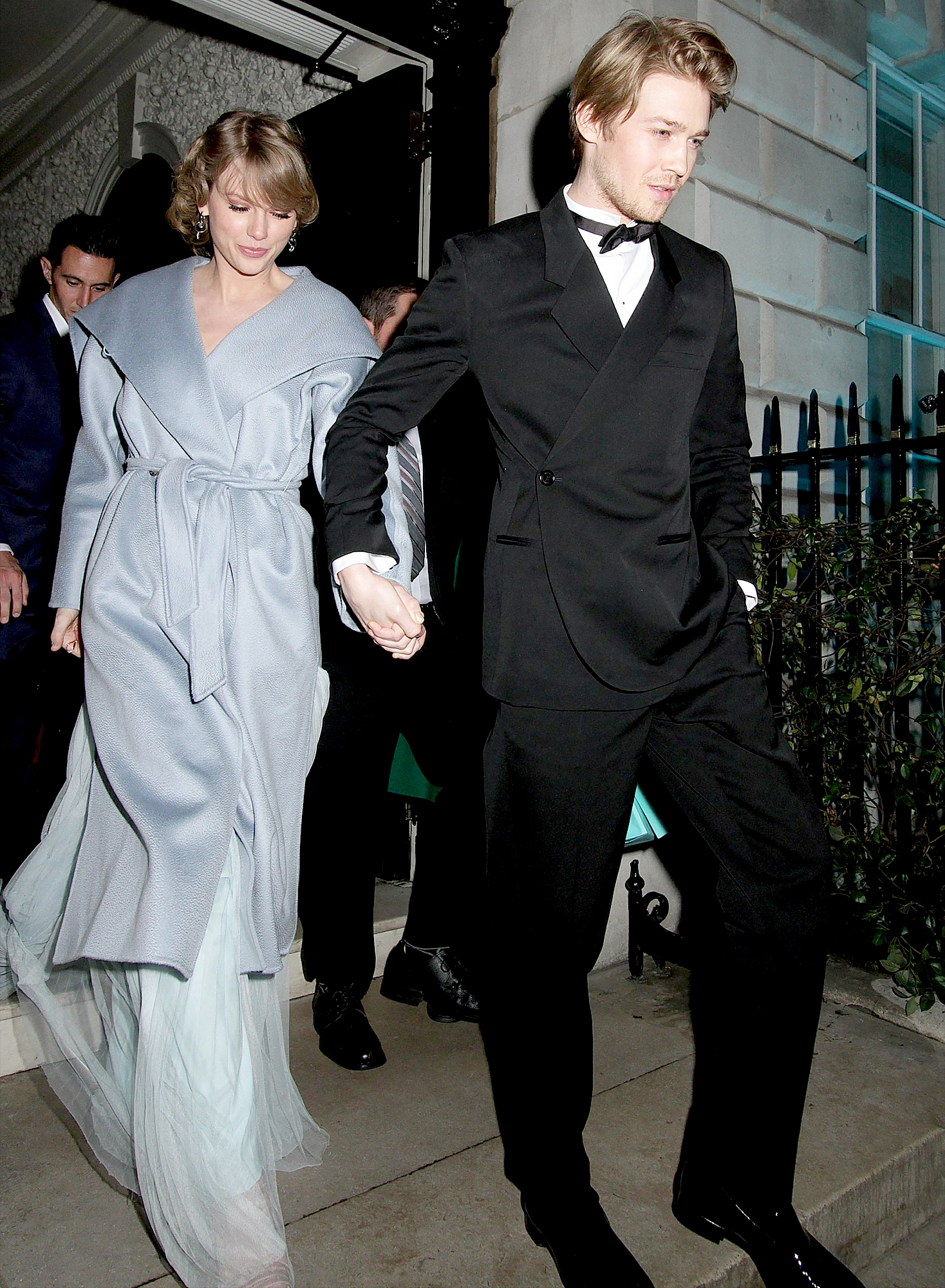 Alwyn walked a step in front of Swift as he guided her down a flight of stairs by holding her hand. 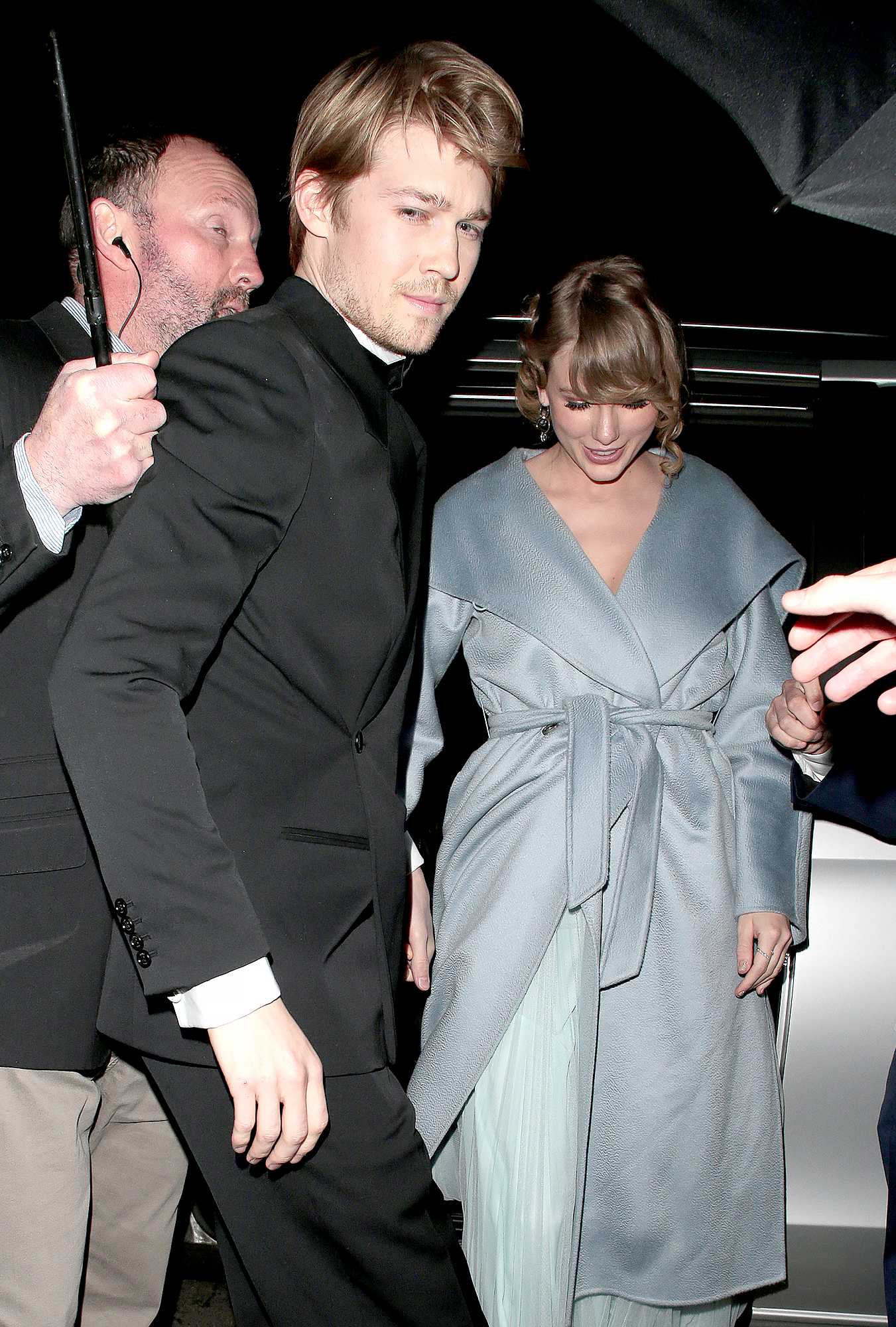 Sheltering From the Rain

The pair remained underneath an umbrella as they exited a car. “Joe is very keen on proposing soon,” an insider told Us in December 2018. “But he wants to make it unforgettable and extremely special.” 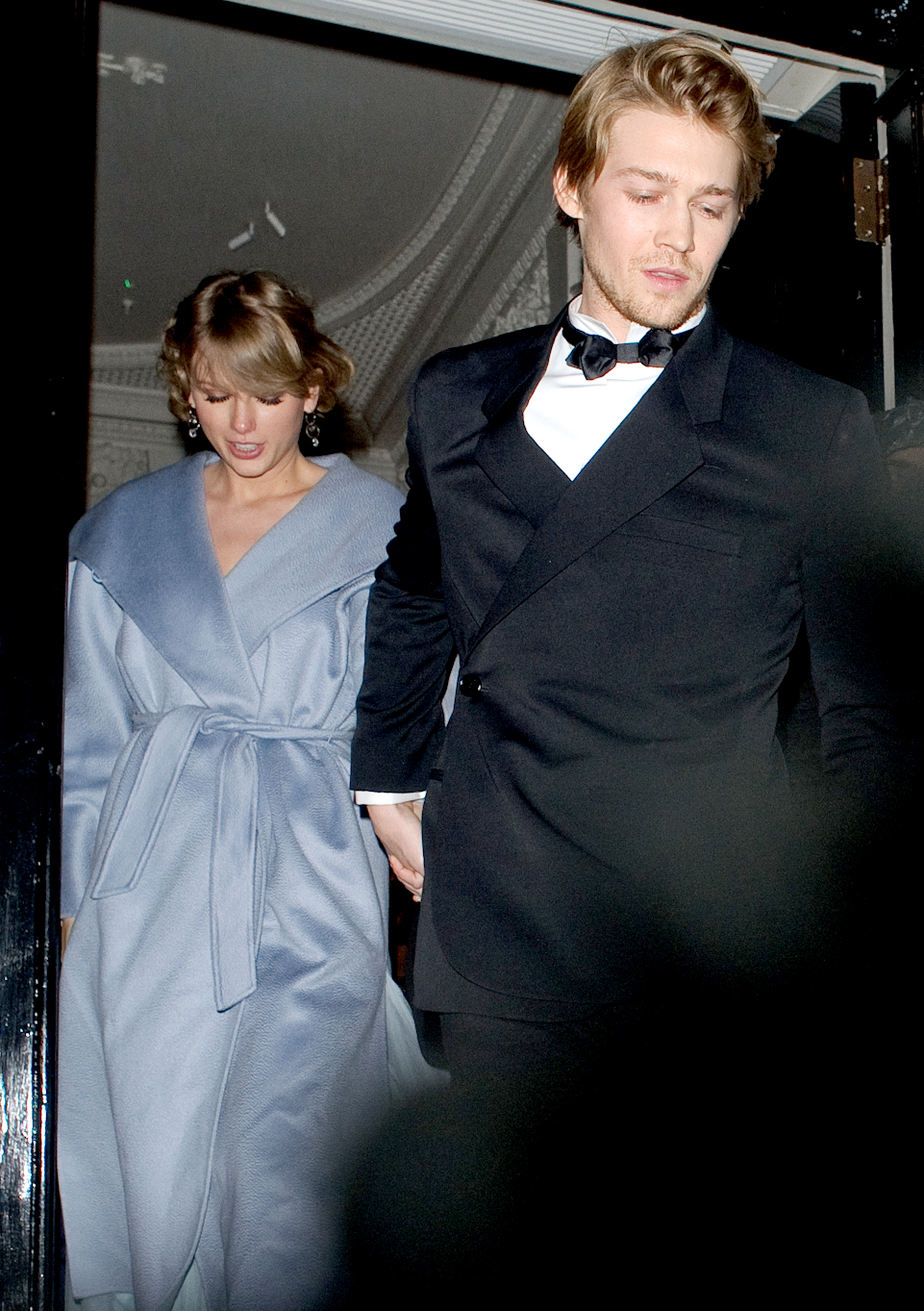 “He’s her dream guy,” the source added at the time. “Taylor’s going to be over the moon.” 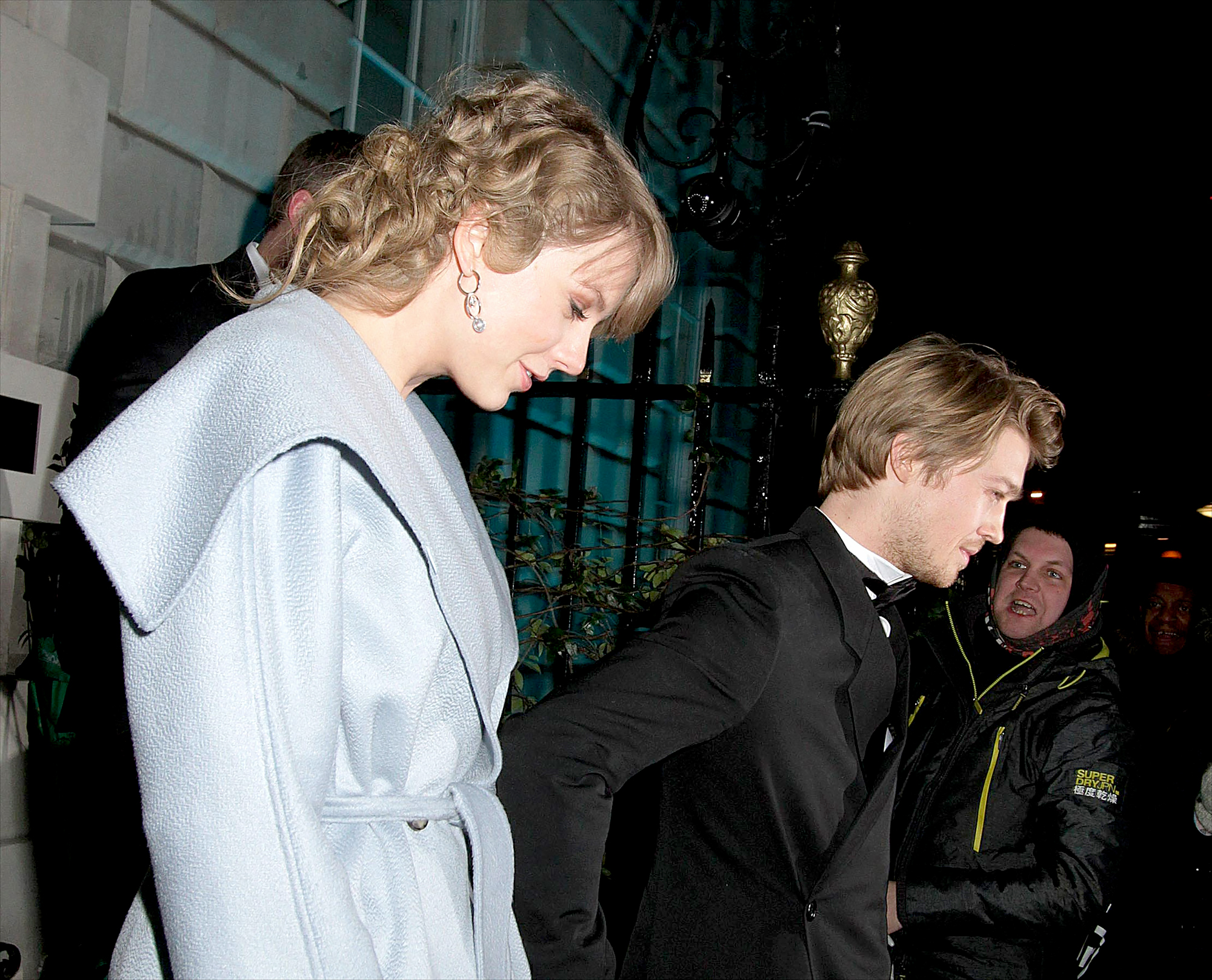 Both Swift and Alwyn took in the night with grins on their face as they appeared to not be bothered by the rain or the snapping of photos.