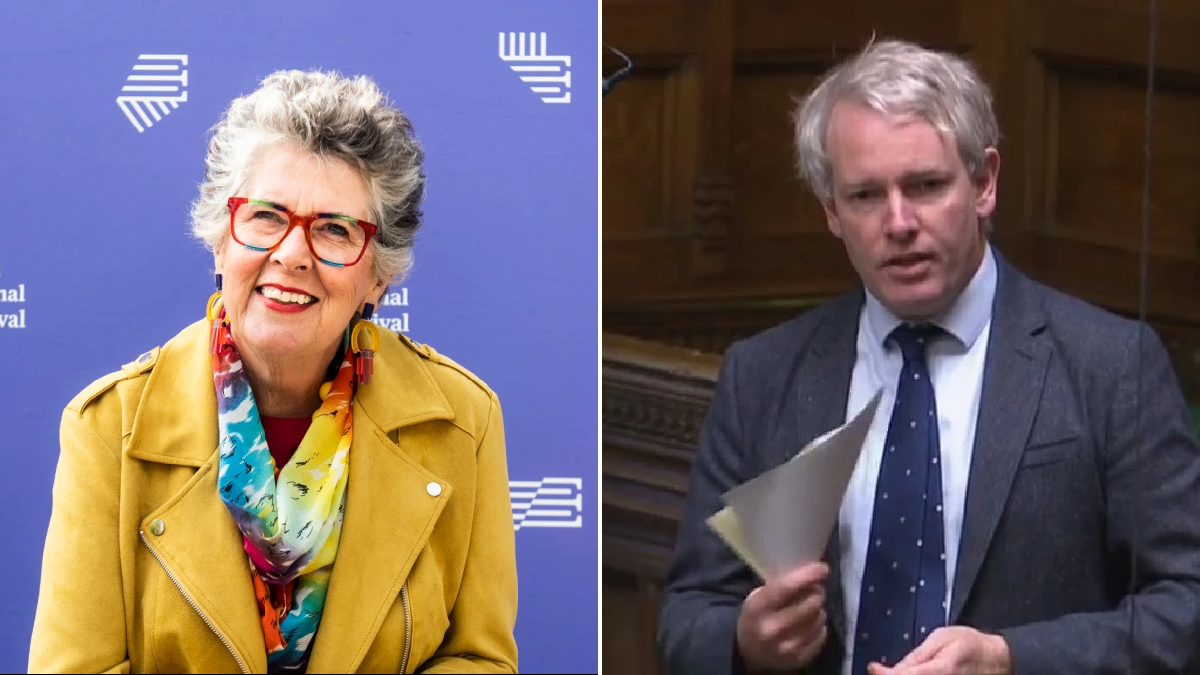 Prue Leith has responded in the wake of her son, Tory MP Danny Kruger’s comments on abortion after the politician said he doesn’t believe women should have ‘absolute right to bodily autonomy’.

To Great British Bake Off star Prue, Mr Kruger’s decision to join a Commons debate on abortion over the American Supreme Court decision was ‘unwise’.

While many UK MPs have voiced their concern after the US Supreme Court ended 50 years of constitutional abortion rights by overturning Roe vs Wade, including Prime Minister Boris Johnson, who said the move, which is expected to lead to abortion bans in roughly half of US states, was a ‘step backwards’ for women’s rights, Mr Kruger told the Commons he would ‘probably disagree’ with his colleagues about the decision.

Mr Kruger, who represents the constituency of Devizes in Wiltshire, said on Tuesday: ‘They think that women have an absolute right to bodily autonomy in this matter, whereas I think in the case of abortion that right is qualified by the fact that another body is involved.’

Writing today on her son’s comments, Prue said she was lobbed a dose of ‘toxic hate’ and stands accused of ‘spawning a monster’, and insisted she doesn’t agree with her son, but that she still loves and admires him.

However, when it came to her own stance on abortion, Prue – who has opened up about having a backstreet abortion when she was just 15 – conceded ‘it’s not simple’ and that while women should decide if they want to have a baby or not, she feels ‘uneasy’ that there seems to be a ‘casual acceptance that a womb is like a garden where weeds are routinely yanked’.

Questioning whether abortion is the answer for later-term pregnancies, Prue wrote in the Spectator: ‘You don’t have to be a Christian to think there is something wrong with a society where women expect to have an abortion every few years’.

While on the other hand, she doesn’t like the idea of women being denied abortion and that girls shouldn’t be forced to have a child, in removing ‘shame and guilt’ around unmarried motherhood, Prue believes ‘the need for responsibility’ has seemingly been removed.

Suggesting ‘we need women who don’t want babies not to get pregnant in the first place’, Prue went on: ‘Would it not be good if a way could be found to stop terminating unwanted children, but to instead encourage pregnant girls to consider, along with abortion, the option of bearing the child?

‘She would need to be funded of course, and there might be cries of ‘baby farming’. But she would be doing an enormous service for some childless couple, would know her child was getting a good chance with a vetted family, and would not have the anxiety, guilt and possibly regret of abortion. And at any time during her pregnancy, she could change her mind and keep the bub.’

Prue’s comments follow that of her son’s, with Mr Kruger enraging many with his stance on adoption and women’s bodies.

As MPs tried to speak over him, Mr Kruger added: ‘I would offer to members who are trying to talk me down that this is a proper topic for political debate and my point to the frontbench is I don’t understand why we are lecturing the United States on a judgment to return the power of decision over this political question to the states, to democratic decision-makers, rather than leaving it in the hands of the courts.’

While Tory MPs blasted his viewers, Caitlin Moran wrote on Twitter: ‘Women, remember this man’s name – Danny Kruger. He doesn’t believe women should have an absolute right to bodily autonomy. He would prefer politicians make these decisions for you. He wants it “debated.” This is how it started in the States.’