‘I’m not retiring!’: Steve Wright assures fans they will still hear his voice on the radio as he prepares for final afternoon show after 23 years

Steve Wright will host the final programme of his Radio 2 afternoon show today – but insists he is not retiring.

The presenter, pictured, revealed in July that his show – Steve Wright in the Afternoon – had been axed in what was believed to be part of BBC moves to cut the age of the main presenters on the station.

Ahead of his final appearance, he wrote on Radio 2’s social media accounts: ‘I wanted to express my heartfelt thanks to everyone who has taken the trouble to listen over the past 23 years.

‘I would like to say what a privilege it’s been bringing you great choons [sic], conversation, information, entertainment, high humour and of course great guests.’ 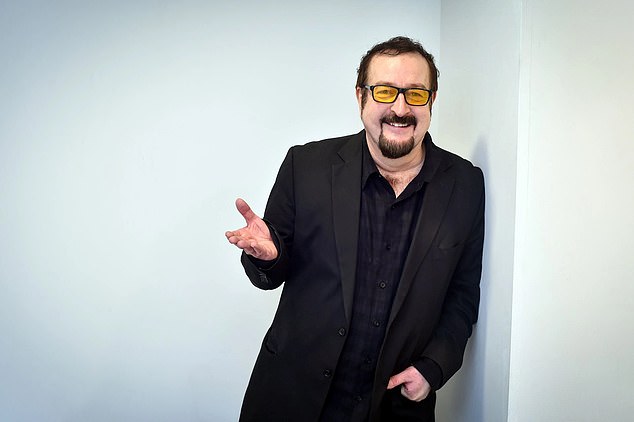 Scott Mills is to take over the afternoon slot, after departing Radio 1 last month.

In a reference to his future, Wright added: ‘I am taking a break from daytime radio and will continue at Radio 2.

‘I’ll be going a tad digital with a podcast, Serious Jockin’ will still be there on BBC Sounds, and Steve Wright’s Sunday Love Songs continues on Radio 2 every weekend.’

Wright has presented Steve Wright in the Afternoon on the 2pm slot since 1999 and also presents Steve Wright’s Sunday Love Songs on the network. The presenter, pictured, revealed in July that his show – Steve Wright in the Afternoon – had been axed

He added that he would also be presenting a special programme on Radio 2 on National Album Day and will be returning to the network to present a number of festival specials over Christmas.

After joining the BBC in 1998, Mills, 49, presented the BBC Radio 1 breakfast show until 2004 after which he moved to a weekend afternoon slot for six months.

Until his departure in August, he presented the Scott Mills show on Radio 1 between 1pm and 4pm, along with co-presenter Chris Stark, as well as The Official Chart Show on a Friday since 2018.