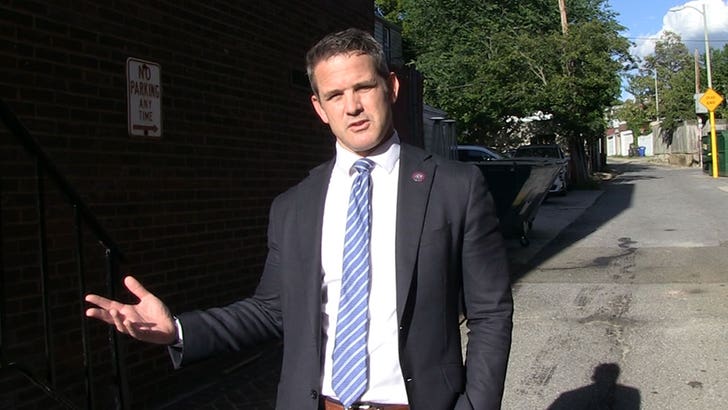 Rep. Liz Cheney has committed the cardinal GOP sin by deviating from the Donald Trump litmus test and it’s a sad day for the Grand Old Party … so says Rep. Adam Kinzinger.

We got the Republican Congressman from Illinois on Capitol Hill Wednesday, in the wake of Cheney’s ouster from her GOP leadership post, and he couldn’t be clearer … telling the truth about the election will crush you.

Rep. Kinzinger mused what a weird time it is when leaders get pushed out for being honest, telling us Cheney’s ouster says a lot about former President Trump’s grip over his party.

As you know … Cheney was fired from House Leadership because she dared to challenge Trump over false claims of a stolen presidential election.

Rep. Kinzinger says Cheney still has a lot of support in the party, but those in her corner are staying quiet for fear of suffering the same fate as her.

Adam’s laying the blame at the feet of GOP leadership and not Republican voters. In fact, if the 2024 choice is Trump vs. Cheney, he’s already made his decision, and it’s not Trump.

We’re thinkin’ … there’s another choice in the offing, and his initials are A.K.