Richard Bacon’s car went up in flames in the middle of the road in California yesterday. The British TV star, 44, was inside the vehicle with his wife, Rebecca McFarlane, and his children Arthur, eight, and six-year-old Ivy.

In view of his 21,000 Instagram followers, Richard shared the horrifying pictures and a video but confirmed that his family were unharmed.

In one photo, the black vehicle he was driving in was engulfed in flames and a separate clip showed the fire brigade putting it out before it was towed away from the scene.

“Thanks to the lovely Santa Monica fire department and the delightful people on the PCH who stopped to help. The car started making a funny noise as we drove home from Malibu.” 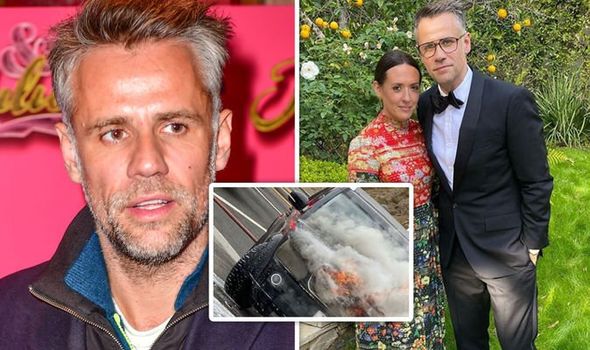 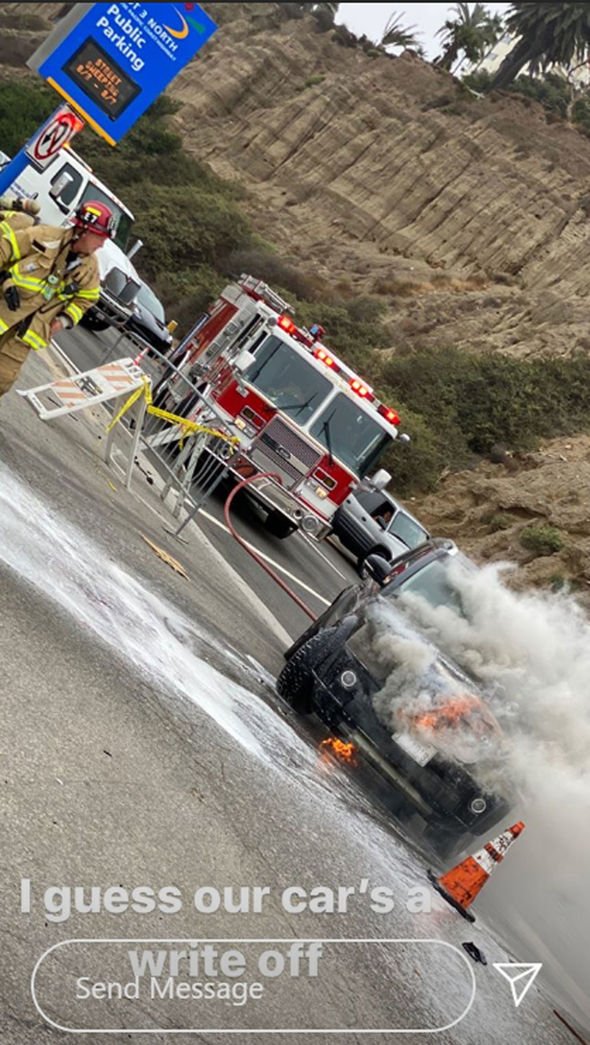 He went on: “Then dramatically caught fire. Because we’ve seen a lot of films we moved back thinking it might explode. It didn’t. Apparently that’s just a movie thing.

“All four of us were in there. Everyone is fine and happy. May not go with Land Rover next time.”

People flocked to the comment section, as many social media users offered their well-wishes to the presenter.

One person said: “So glad you’re all ok mate,” while another person added: “Oh my stars! I am so glad you are all ok.” 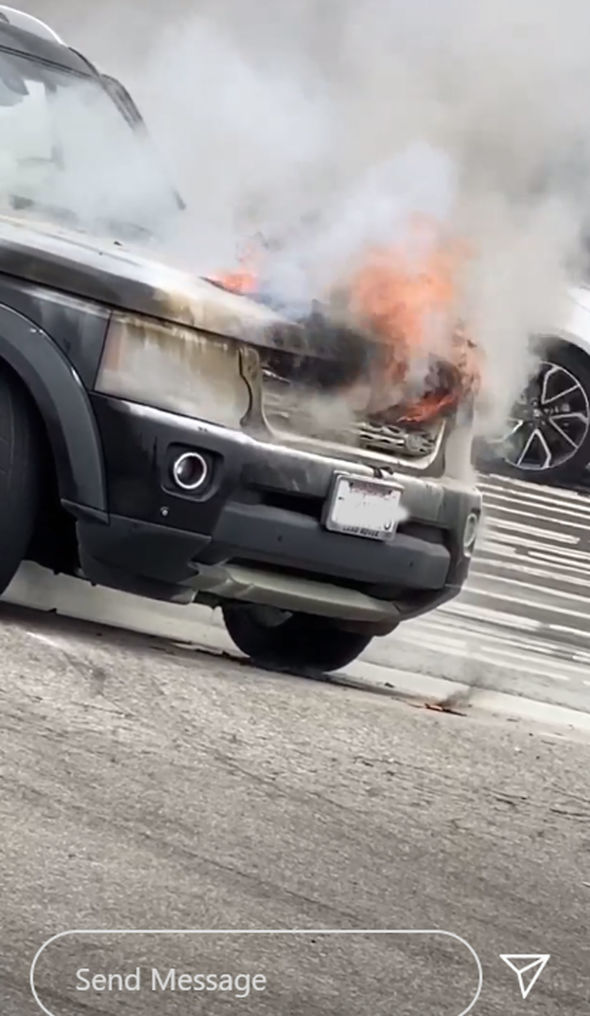 “Woah! That’s so scary! So glad you’re all well. What a shock. All the love,” a social media user said.

Richard later took to his Instagram stories, sharing another image of the car billowing with smoke.

He captioned the post: “I guess our car’s a write off.” 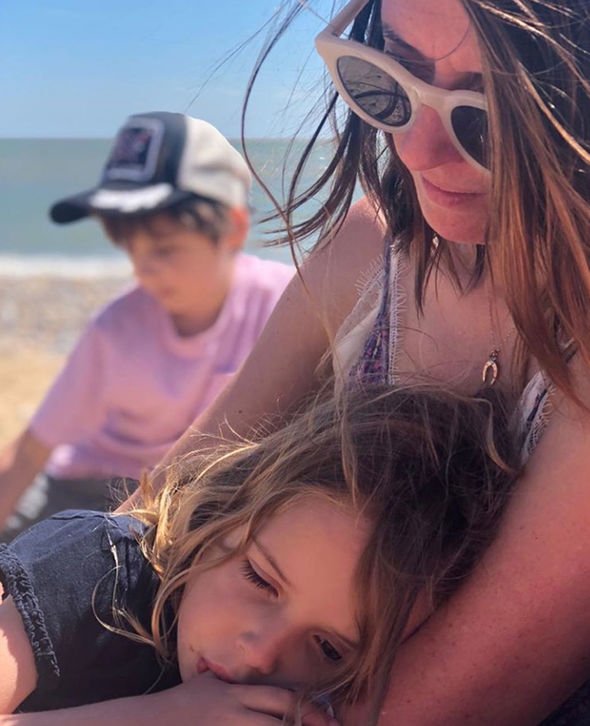 The ex-Blue Peter star, wife Rebecca and their kids moved to the States back in 2015 where he hosted Fox talk show Top 30 in Los Angeles.

Richard briefly returned to the UK two years ago, after the presenter was placed in an induced coma after he fell seriously ill.

He was stretchered off a flight from the US and taken to hospital in London.

Richard also had a tracheostomy — a tube put in a hole in his throat — to aid breathing.

Fortunately, the TV star made a full recovery and praised the NHS for saving his life.

At the time, he wrote in a Twitter post: “So I did six days straight in a coma. Been here another four since. It’s an yet unidentified double chest infection.”

“I nearly died,” he continued. “At one point, as I was as run down a hallway to ICU at midnight, with a massive needle jammed in my chest (bit like Pulp Fiction) I thought, this is it.”(sic)

Richard added: “But then I didn’t die. And I didn’t die because I’m on the NHS. VivaTheNHS. See you for your 100th. By which time I probably will have pneumonia.”