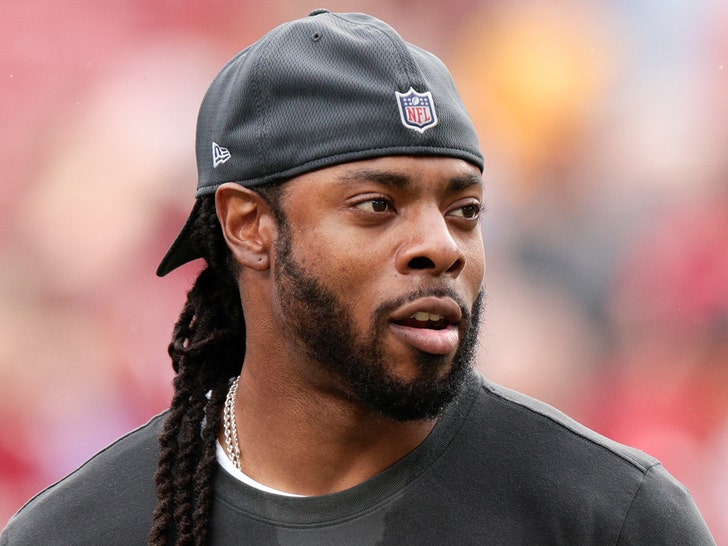 NFL star Richard Sherman just cut a plea deal with prosecutors to close out his infamous trespass case … and TMZ Sports has learned as part of the agreement, he won’t have to serve any more time behind bars if he keeps his nose clean going forward.

According to court documents, Sherman pleaded guilty to one count of negligent driving and one count of criminal trespass on Monday.

In exchange, Sherman was sentenced to 90 days in jail, though he was given credit for 2 days time served, and the remaining 88 days are suspended.

Sherman was also sentenced to monitored supervision for 24 months, and he was also ordered to pay a $500 fine for speeding in a construction zone.

As we reported, Sherman had been facing multiple criminal charges after he allegedly drove drunk, crashed his car, and then exploded at his in-laws’ home in Redmond, Wash. in July.

During the alleged incident, Sherman was accused of trying to violently break into his wife’s parents’ house … and then fighting with cops after they confronted him outside of the home.

Cops say they eventually had to use a police K9 to ultimately take him down.

Sherman apologized for the whole ordeal shortly after the incident, saying in a statement, “I behaved in a manner I am not proud of.”

“I have been dealing with some personal challenges over the last several months, but that is not an excuse for how I acted.”

Sherman went on to sign with the Tampa Bay Buccaneers following the arrest, though he was placed on injured reserve in January after playing in just five games.

The future Hall of Famer is currently an NFL free agent.