Rita Moreno has had quite the Hollywood journey.

The EGOT winner is now sharing her story in the documentary Rita Moreno: Just a Girl Who Decided to Go For It, and the personal and professional struggles she endured along the way.

“I was very often treated like a sex object,” she recalled. “The studio had asked contract players to go out on pretend dates. Before I know it, he’s forcing himself on me. When you’re in contract to a studio, they own you.”

The documentary chronicles Moreno’s one-of-a-kind career that spans more than 70 years, as she becomes an Emmy, GRAMMY, Oscar and Tony winner. She was born in Puerto Rico and moved to New York City with her mother when she was five years old. She became the first Latina to win an Academy Award for her famous role as Anita in 1961’s West Side Story. Even after winning the Oscar, she was still forced to adhere to Latina stereotypes and speak with an accent in roles.

“I spoke perfect English. And it absolutely rankled that I had to do accents. And it rankled that I always had to do the dark makeup because they only, particularly in those times, but this still exists, they only saw Hispanic young women as a certain color,” she said. “So as a result of that, they always had to put body makeup on me because the rest of me didn’t match the dark skin up here. It was bizarre. I accepted it because that’s how it was then.”

But Moreno had high hopes and goals she wanted to accomplish.

“I really wanted to be Elizabeth Taylor. Little did I know there wasn’t a chance in hell of something like that happening,” she expressed. When asked if it was because she’s Latina, she instantly replied, “Yeah.” 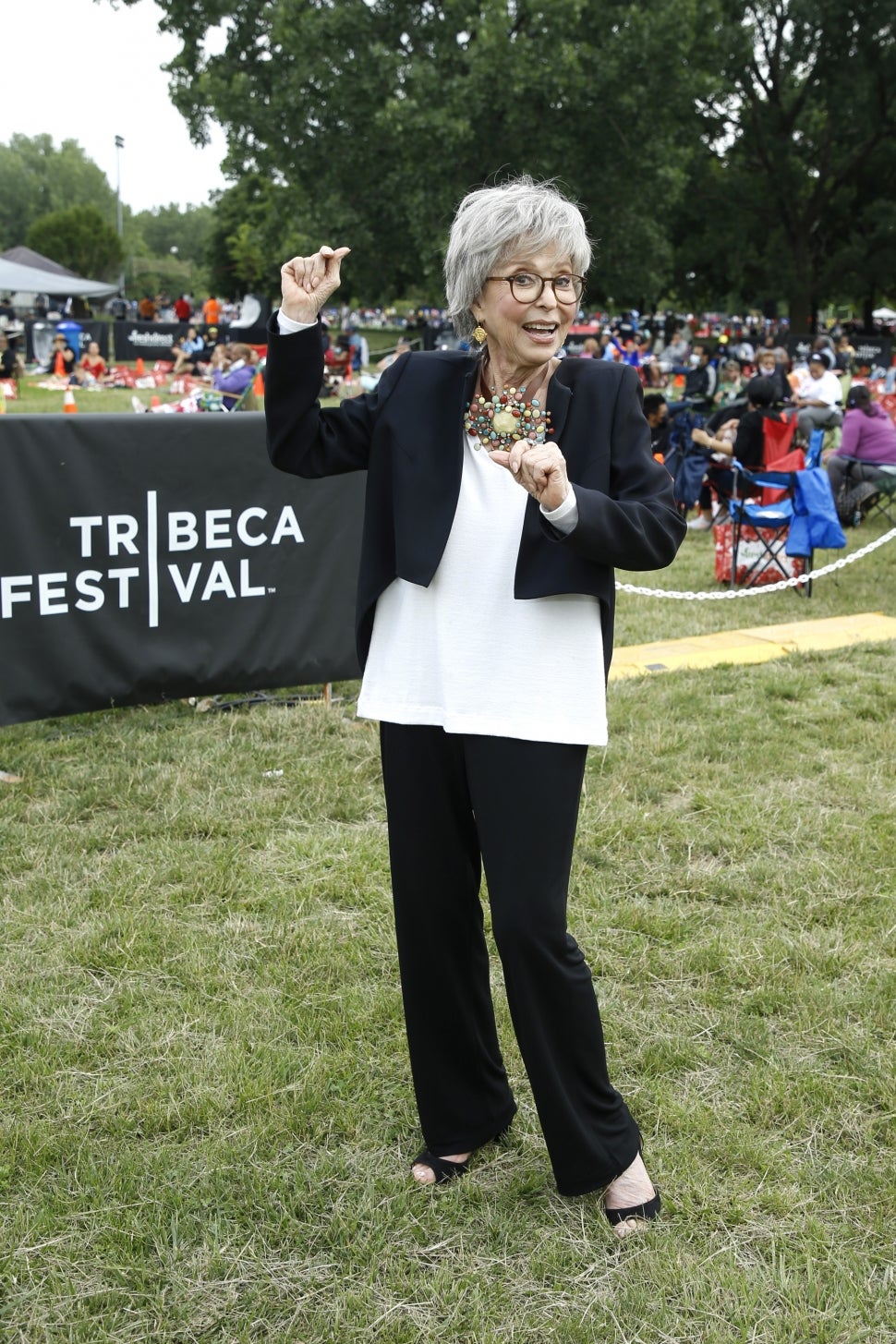 Amid her trials and tribulations, there was a point where she felt “hopeless,” was suicidal, and had a “tumultuous” relationship with Marlon Brando.

“I had a really, really tumultuous relationship with Marlon Brando on and off for almost seven years and I couldn’t take it anymore,” she reflected, calling him “a womanizer.” “I wanted the perfect relationship, eventually I wanted to be his wife.”

She also attempted suicide after she had a botched abortion when she became pregnant with his child. “This suicide put an end to that relationship and that’s what it was meant to do. But you know what I didn’t realize at the time, that when you try to end your life, your life ends,” she recalled. “I was mostly angry at myself for allowing him to behave the way he did that was at the crux of this, which is an odd reason in a way to try to end your life.”

“I was really trying to end that piece of my life and I didn’t realize that ending that piece, I would’ve also ended my life. I honestly didn’t understand that,” she added.

What helped her at the time, she said, was therapy and finding the right therapist. “I had therapy before then and it’s the biggest favor I’d ever did to myself,” she said. “And I say it out loud as often as I can because yes, I was lucky I had the right person. Sometimes it’s very hard to find a person with whom you can be very compatible and who understands you.”

That experience, coupled with the discrimination she faced in Hollywood, has made her an advocate for diversity and change throughout her career. As a Latina, Moreno also fought against stereotypical roles and injustices in her profession.

Meanwhile, Moreno is going back to the project that gave her her breakout role. She has a role in Steven Spielberg’s remake of West Side Story. In it, she plays drugstore owner Doc’s (Ned Glass) widow, Valentina. She’s also an executive producer on the film, which happens to premiere on December 10, the day before she celebrates her 90th birthday. When asked if she ever imagined herself an EP of the remake, she said, “Hell no, no!”

“I was always going to be an actress, period. And then along comes this wonderful man and he says, ‘I would like to give you the title of executive producer,'” she said, before adding of her role, “Wait until you see that scene. You’re just going to go, ‘I can’t believe it! That I am seeing what I’m seeing.'”

As for the legacy that she hopes to leave behind? She humbly said, “I just don’t think of myself as a legacy person,” before sharing, “‘She tried hard, she never gave up.”

Rita Moreno: Just a Girl Who Decided to Go for It arrives in theaters on June 18.