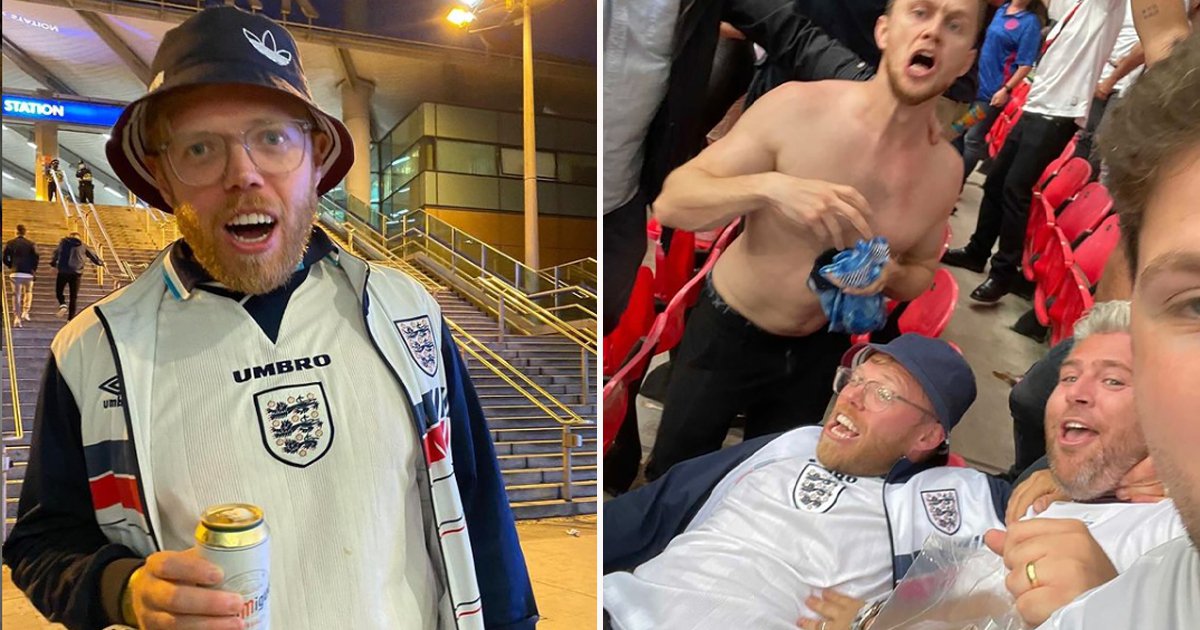 Rob Beckett has revealed he is still being haunted by his drunken night out to watch England v Germany at Uefa Euro 2020 earlier in the week, after finding more photos from his bender.

The comedian, 35, had been at Wembley Stadium with a friend for Tuesday night’s game, which England won 2-0, and had documented his rowdy night on social media, much to the delight of his followers.

While most of the drunken debauchery was shared at the time, Rob proved the best nights will always come back to haunt you as he found another snap he didn’t know he had taken, later in the week.

On Thursday, he shared a photo of him falling over in his seat at the game, surrounded by shirtless screaming fans, writing: ‘Just found this on my phone.’

Rob had been posting regular updates from the game – which only got wilder as the night progressed – and ended up with him eating chicken on the floor.

He revealed that he was tucking into a KFC takeaway on the pavement while almost getting run over by a police car, before eventually getting into an Uber home. 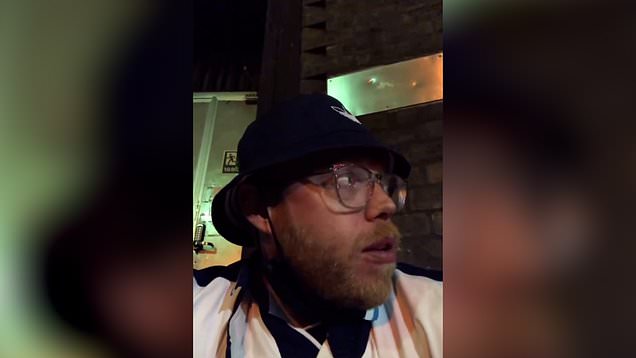 Stumbling upon the most patient cab driver in existence, Rob was handed a megaphone by the driver and yelled ‘It’s coming home’ at passers by during the journey.

His driver even let him talk to a friend on his phone during the journey, before he finally made it back to his house.

Rob also revealed he had messaged his wife Louise at 1am to ask: ‘Fancy a bit when I get in?’

Tempting as his offer was, Louise hilarious replied: ‘I admire the optimism. But absolutely not. You need some water, some dry bread and some pre-emptive paracetamol.’