Scott was in doting dad mode with his adorable son Mason just days after he was spotted out in Hollywood with new flame Holly.

Scott Disick took some time off from his recent courtship of new flame Holly Scarfone to enjoy a day out with his son Mason. The reality star, 38, was spotted treating the 12-year-old, whom he shares with ex Kourtney Kardashian, to some retail therapy in Malibu on Sunday (March 13). Scott rocked a pair of camouflage pants with a white hoodie and fresh set of sneakers, while Mason kept it low-key as well in ripped denim and an oversized sweatshirt. 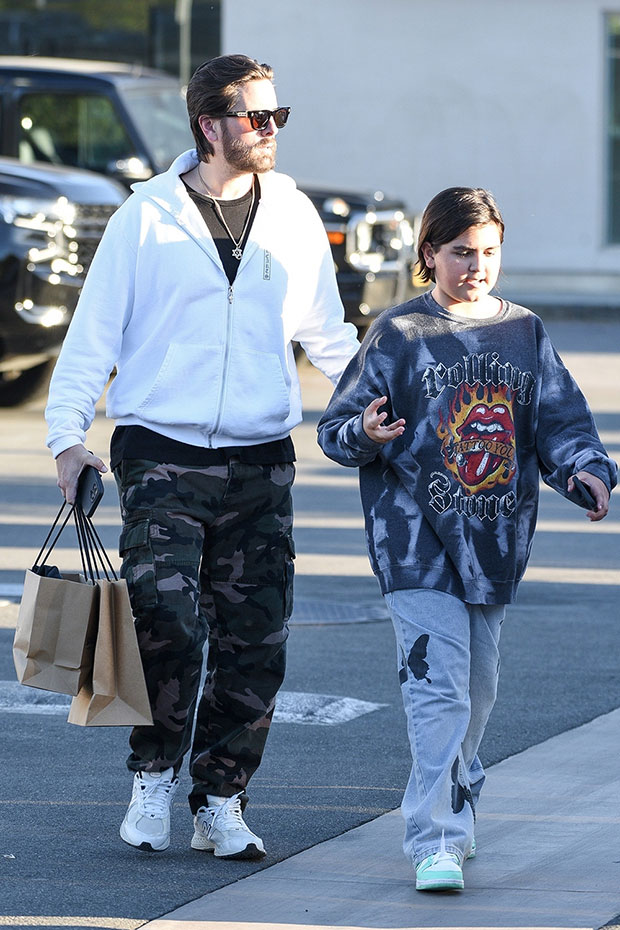 The fun father/son bonding came days after Scott continued his romance with Holly on the California coast after a quick getaway to Paris. The father of three and the fledgling Instagram model, 23, were seen out together at a club in Hollywood. Scott kept a low-profile in a black baseball cap, while Holly dared to impress in a skintight minidress.

The young beauty isn’t afraid to flaunt her physique, even without the presence of Scott! Earlier this week, she was snapped solo soaking up the sun in Malibu wearing the skimpiest of bikinis. In a recent Instagram post, Holly set temperatures soaring with a sexy lingerie pic. However, that photo shoot apparently had Scott in attendance, as he cheekily commented on the post, “Where is my photo credit?”

Even though the Hollywood outing comes after the pair were packing on the PDA in Paris, fans shouldn’t expect Scott to settle down anytime soon with Holly, nor any other woman for that matter. A source close to Scott told HollywoodLife EXCLUSIVELY that he “is not looking for anything serious”

“Scott doesn’t know what he wants right now. There is a connection with Holly, and she is quite easy to be around, but Scott likes being around any woman right now that can help him take his mind of Kourtney and Travis,” the source explained. “The same thing goes for anyone else Scott is seen on dates with, including Pia Mia.” HollywoodLife spoke to another one of Scott’s pals, who insisted that “Scott isn’t looking to settle down right now. After his past letdowns, Scott feels like it would have to take someone incredibly special to make him want to commit to a romantic relationship.”