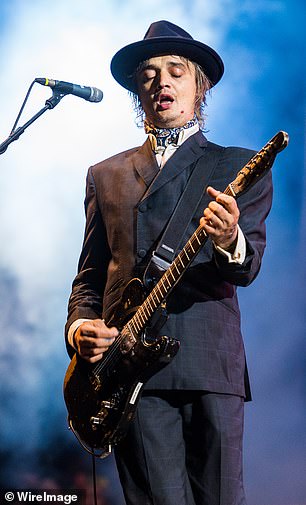 The BBC has been lambasted for rejecting a bereaved mother’s plea to remove him from a Radio 4 programme.

Sheila Blanco, whose son Mark died in suspicious circumstances at a party attended by Doherty in 2006, wrote to the producer of Loose Ends saying it would be ‘ethically wrong’ to give Doherty a platform to promote his new album unless he was asked about his actions surrounding the death.

Her plea fell on deaf ears and Doherty appeared on the show last Saturday.

In reply, the programme’s producer, Sukey Firth, told her: ‘We understand how distressing the events around the death of Mark Blanco must be to all those who knew and loved him.

‘However, no charges have ever been brought against Peter Doherty in connection with the events and, as such, we do not consider it inappropriate for him to appear on Loose Ends as a musical performer, after a successful previous performance a few years ago, and to share new work.’

Mark Blanco, 30, was found dying in a street in East London. He passed away in hospital the next day from serious head injuries.

After spending more than £100,000 on a private investigation, Mrs Blanco said CCTV footage suggested foul play, with someone deliberately dropping Mark’s body off the first-floor balcony of the block of flats where the party was held.

Apart from Blanco, there were six other people present including Doherty. Despite two police investigations, no one has been charged. A coroner’s inquest recorded an open verdict.

Mrs Blanco tells me: ‘It is despicable that the BBC choose to promote an individual who has shown a reprehensible lack of humanity with regard to a man’s murder. 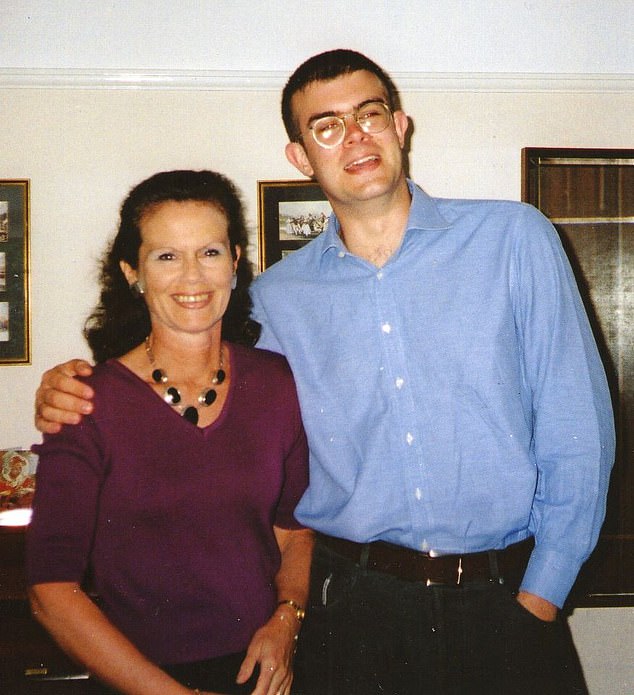 Sheila Blanco with her son, Mark. He died after plunging from the balcony of an East London flat in 2006 following an altercation with Doherty at a party. The rocker has never been charged in connection with Blanco’s death

‘What is certain is that he was there that night in December 2006 and knows what happened.The BBC’s decision is particularly ironic because the host of Loose Ends, Clive Anderson, is a criminal barrister.

‘The BBC is ignoring its own journalism.’

Another one likes the bust: May unveils Freddie tribute

The sculpture of the singer, who died in 1991, captures his famous overbite. At least it does convince May. 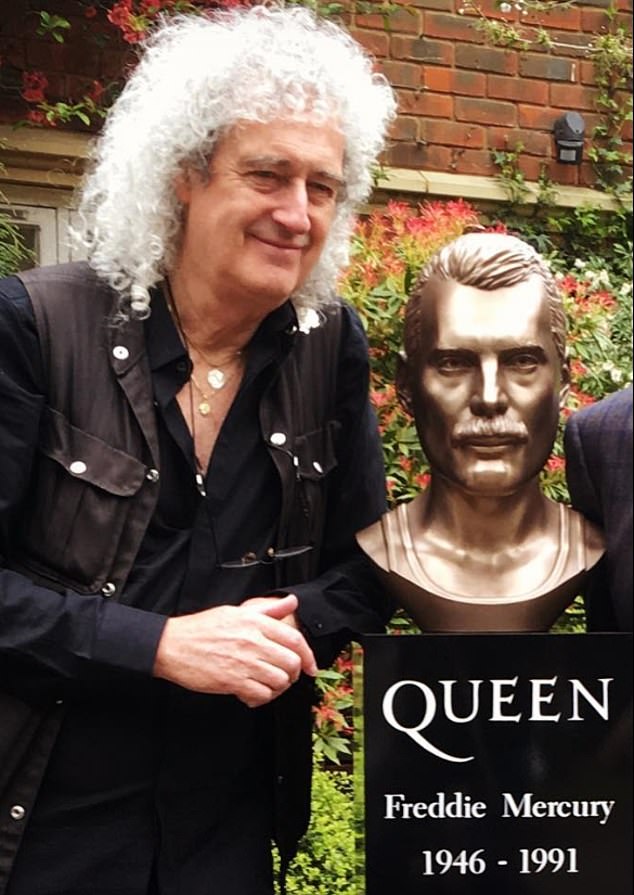 ‘Freddie lives’, he wrote alongside this snap on social media.

The artwork was created using a mixture of 3-D digital modelling and traditional sculpting skills and will have pride of place at the Queen Studio Experience exhibition in Switzerland.

Actor Tom Hughes, who plays Prince Albert in the TV drama Victoria, says there is one aspect of the role he will miss once he has to hang up his breeches — the costumes.

‘When the time comes to stop playing him, it would not be a joy, but neither would it be heartbreaking, because I’ve always known his story is finite.

‘I will miss wearing his tailor-made clothes, though. They are the most comfortable clothes in the world. High-waisted trousers have got to come back into fashion.’ Maybe he should play Simon Cowell next…

Graham bags £18k ‘bargain’ on a date with his Beau…

Chirpy chat-show host Graham Norton splashed out when he attended the Terrence Higgins Trust auction at Christie’s in Mayfair this week. 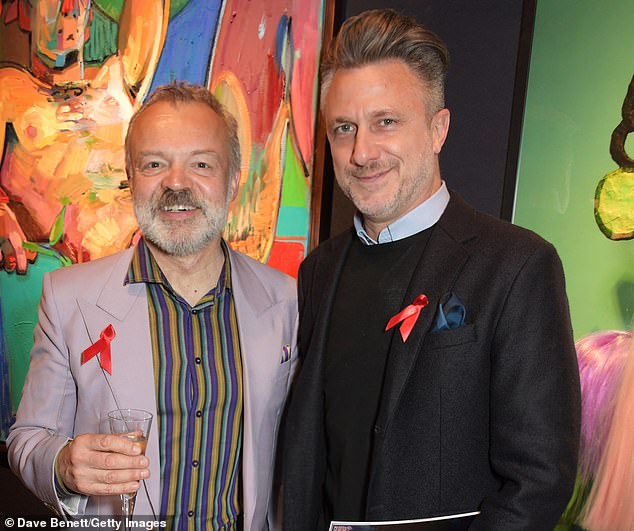 ‘I’ve supported the Terrence Higgins Trust for years. It’s a good charity and, sadly, its purpose hasn’t gone away.’

How Archbishop and Joanna Lumley helped Rev duck a fine

The combined charms of Archbishop of Canterbury Justin Welby and Ab Fab star Joanna Lumley helped BBC radio presenter the Reverend Richard Coles avoid a fine when caught with the wrong ticket on a railway journey.

‘I was on the platform at Canterbury Railway Station with the Archbishop of Canterbury after a do,’ Coles tells me.

‘And there on the platform was Joanna Lumley and her husband. A very congenial journey followed, but when we got to St Pancras I discovered I’d lost my return ticket.’

The Communards musician-turned-Anglican priest continues: ‘There was a very surly man on the barrier and I said: ‘Oh, I’m sorry, I’ve lost my ticket,’ in my best vicar voice.

But no, nothing, he just blocked me and was very unhelpful. Then I said: ‘But my friends can vouch for me.’

‘He looked up to see the Archbishop and Joanna Lumley, and suddenly it was: Open Sesame.’

Princess Diana’s friend ballet dancer Wayne Sleep has implored the writers of The Crown to honour her love of dancing in the fourth series.

‘Her character should dance because Diana loved to dance,’ Wayne, 70, tells me. ‘The first thing she’d do when she came round to mine was kick off her heels and walk around with bare feet and learn a couple of jazz moves from me.

‘I’d be happy to train the actress [Emma Corrin] playing Diana. The show is a quality programme, it has a great reputation and I’m up for anything that has artistic integrity.’