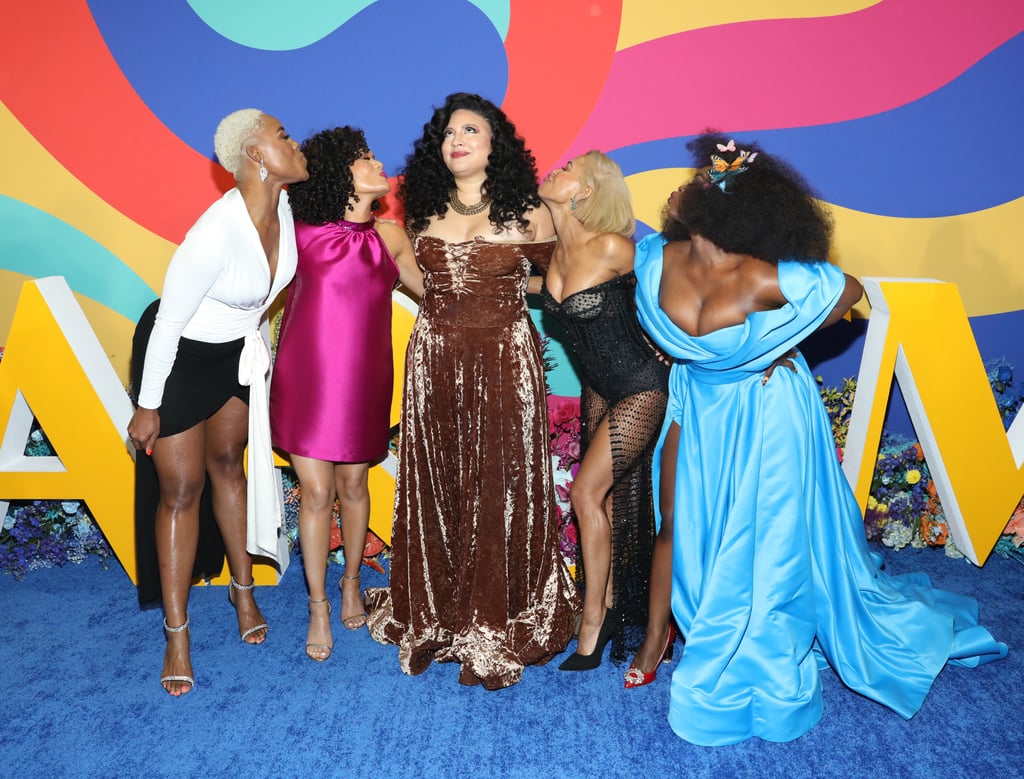 Tracy Oliver’s Harlem series is officially hitting Prime Video on Dec. 3, and the cast couldn’t be more excited. On Wednesday night, Meagan Good, Grace Byers, Jerrie Johnson, and Shoniqua Shandai all stepped out in style for their New York City premiere. In addition to snapping solo shots, the cast gave us a peek at their close bond as they posed for silly photos together with Tracy. But the fun didn’t stop there! Following the show’s premiere, the cast continued to celebrate at an afterparty. From the looks of the photos, everyone seemed to have a good time.

The Prime Video series follows four girlfriends in their 30s living in New York as they navigate their careers and love lives. While speaking with POPSUGAR in November, Meagan expressed that she hopes Harlem offers viewers a sense of comfort and makes them feel seen. “I mainly hope that [people] see themselves and they realize that they’re not crazy and they’re just figuring it out and that’s OK. . . . And I hope that people have fun. I hope that they laugh,” she said. “I hope that they see their best friends in it and people that are in their lives. And I just hope that they relate to it and feel seen.” See photos from the fun-filled premiere ahead.