SEBASTIAN SHAKESPEARE: Richard E. Grant’s ‘message in a bottle miracle’ as Barbra Streisand finally replies to the fan letter that he sent at 14 years old

Dazed to be nominated for an Oscar at the age of 61, Richard E. Grant has been even more dazzled by another startling development in his life.

He has just received a reply to a letter he wrote to Barbra Streisand as a star-struck 14-year-old.

Grant — up for the gong following his performance in Can You Ever Forgive Me? — says that he was ‘completely crinkle faced and overcome with emotion’ after reading Streisand’s acknowledgement of his letter on Twitter, describing it as his ‘message in a bottle’ moment. 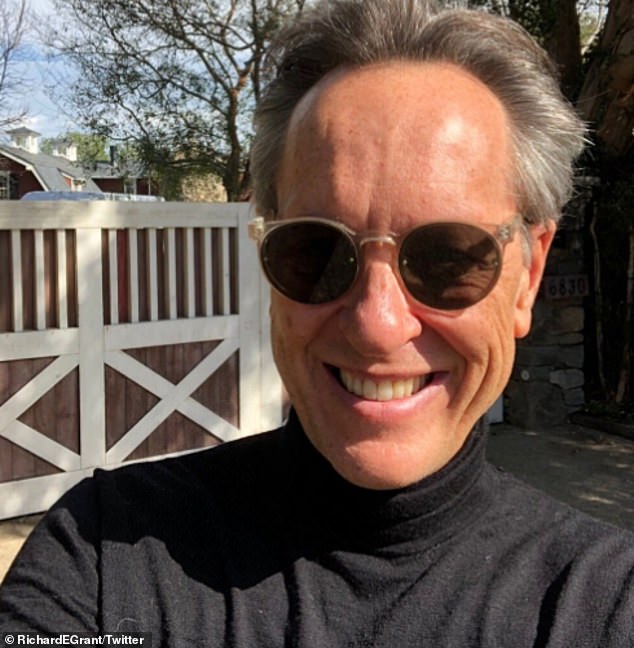 Fan: On Tuesday, the 62-year-old actor shared an image of himself smiling happily while posing for a picture outside 76-year-old Streisand’s home in Los Angeles 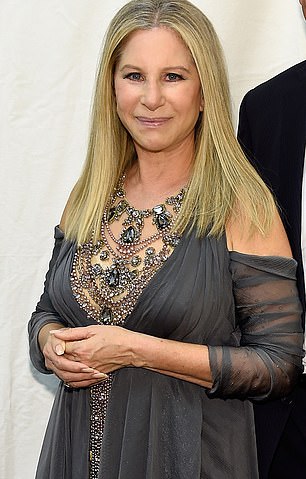 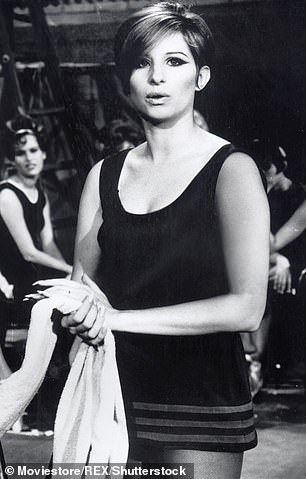 Streisand, pictured left in 2016, penned a sweet Twitter response to Grant’s kind letter, which would have been sent when she was 28, not long after she starred in Funny Girl (right) 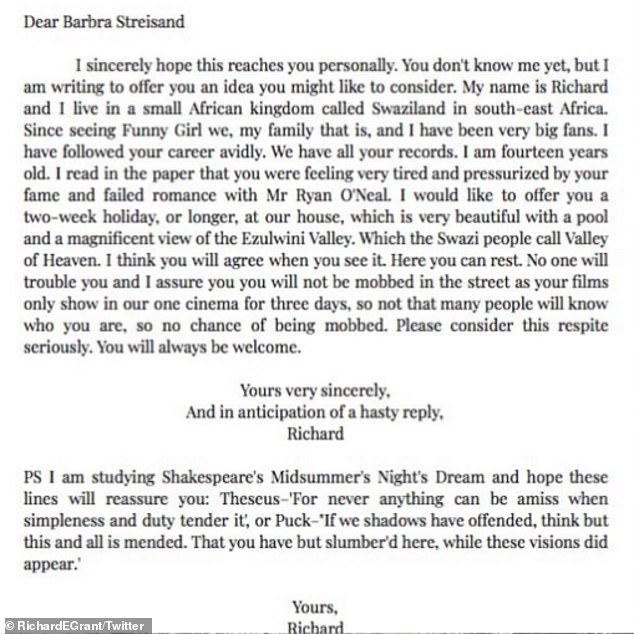 ‘You don’t know me yet…’ While sharing the image of himself posing outside of the actress’s home, Grant also posted a copy of the letter he sent to Streisand when he was just 14

The singer wrote: ‘What a wonderful letter . . . and look at you now! You’re terrific in your latest movie with Melissa [McCarthy] congratulations and love Barbra.’

Grant needed no further encouragement to share the contents of his own adolescent letter. ‘You don’t know me yet,’ it began. ‘My name is Richard and I live in a small African kingdom called Swaziland in south-east Africa. Since seeing Funny Girl, we, my family that is, and I have been very big fans. I have followed your career avidly. We have all your records. I am 14 years old.’

Then, with the sort of gentlemanly flourish with which the urbane Grant is now synonymous, he continued: ‘I read in the paper that you were feeling very tired and pressurised by your fame and failed romance with Mr Ryan O’Neal. 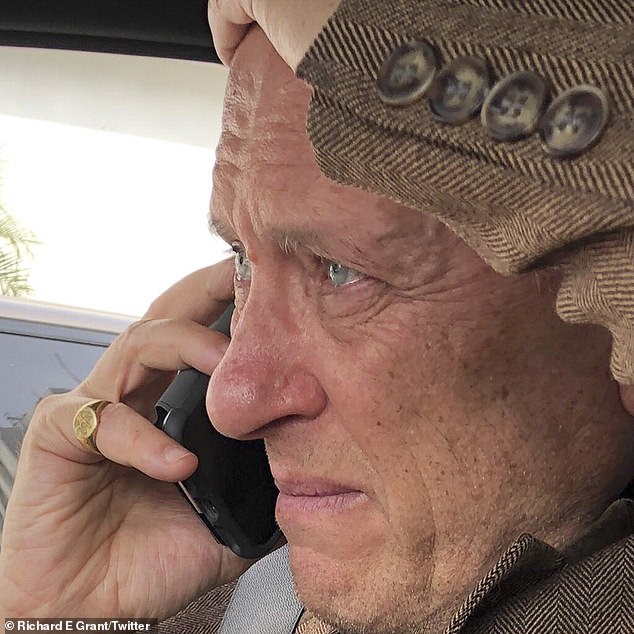 ‘Overcome with emotion’: Richard E Grant revealed he was left in tears after receiving a tweet from Barbra Streisand thanking him for a letter he sent her 47 years ago

Support: The tweet that prompted Grant’s tears saw Streisand thanking him for his ‘wonderful letter’ and congratulating him on his Oscar-nominated role alongside Melissa McCarthy

I would like to offer you a two-week holiday, or longer, at our house, which is very beautiful with a pool and a magnificent view of the Ezulwini Valley.’

Demonstrating that, even in maturity, he remains star-struck, this week Grant took a selfie outside Streisand’s home, adding online: ‘Asked Security for permission.’ Writing to Streisand, he said: ‘I cannot begin to properly express what your generous reply has meant to me! Thank you. And most especially for not calling Security to have me arrested!!’

Angela Rippon is so in love with her old banger she wants to give it a new lease of life. ‘It’s probably going to cost me thousands, but I love it too much just to see it go to waste.

The first Minis were made in 1959 and mine came off the production line at the end of April 1960.’

It is a truism that art started in prehistoric caves. But Tracey Emin gave a new twist to this when she declared this week: ‘I’m essentially a 21st-century cave woman.’ She added that her vocation had helped her through the lowest times in her life.

‘My art has comforted me, picked me up and made me survive,’ she said at the Arts Foundation Futures Awards at the ICA. 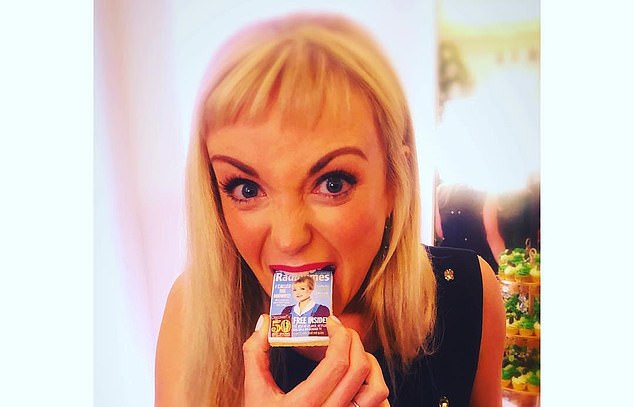 Call The Midwife actress Helen George ended up eating herself at a party at Claridge’s on Tuesday.

The actress (right) posted online an image of herself chomping on a biscuit iced with a Radio Times cover on which she features (above).

She labelled the snap ‘Narcissist’. 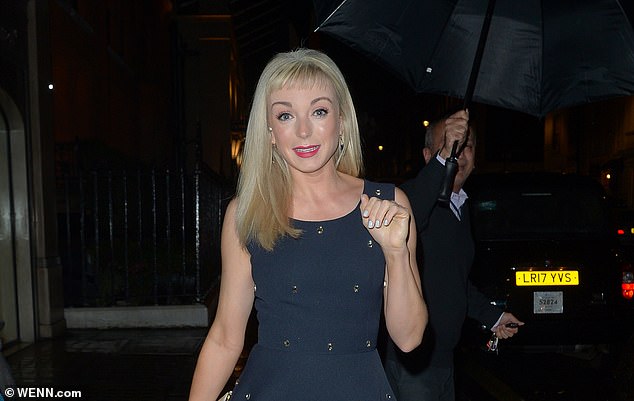 It’s for you hoo! Prince is given phone box for 70th

Prince Charles has been given an unusual belated 70th birthday present — a phone box.

The community council near his home at Birkhall in Scotland has converted a red kiosk into a library exchange for passing book lovers in his honour.

The classic K6 kiosk is on a route that the heir to the throne regularly drives by.

A source said the Prince of Wales, who turned 70 last November, was ‘delighted’ by the unusual present, adding: ‘The telephone box was chosen because it is also 70 years old.’

Les Miserables star David Oyelowo reveals that he and Dominic West deliberately avoided each other during the five months’ filming of the BBC1 drama to build up the animosity between their characters.

Oyelowo plays bitter policeman Inspector Javert, while West is runaway prisoner Jean Valjean. ‘It was tough because Dominic is a very lovely guy,’ says Oyelowo. ‘But if I had got too close to him, I couldn’t have been as mean to him in scenes as I wanted.’

It’s a £4 million profit on paper — and in reality — for Martin Freeman, who has travelled a long way from the Slough branch of the fictional Wernham Hogg paper company.

He landed a major role in the blockbuster Black Panther, which helped boost his assets in his acting company, Geoffrey Joseph Ltd, to £5.7 million, up from £1.7 million the year before. Profits held in the company amounted to £4.6 million.

Freeman became an unlikely Hollywood star with his performance as Bilbo Baggins in The Hobbit films. He is best known for playing Dr Watson alongside Benedict Cumberbatch’s Sherlock Holmes.

Yasmin and her daughter’s sister act 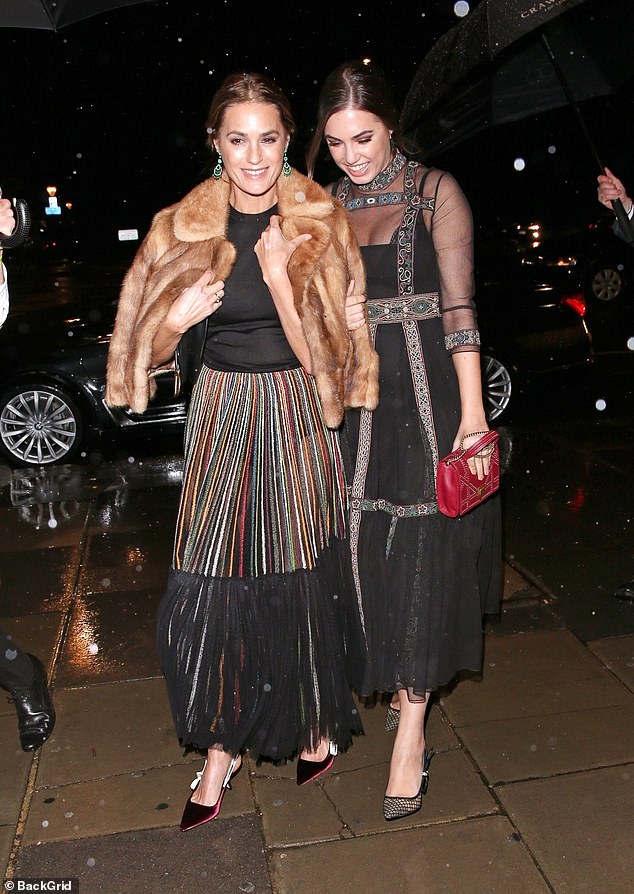 At first glance, they could pass for sisters. However, Duran Duran star Simon Le Bon’s wife Yasmin and daughter Amber are separated by a 25-year age gap.

Yasmin, 54, and Amber, 29, were all smiles at the Christian Dior exhibition in London this week at the Victoria and Albert museum.

Both sported creations by the legendary French designer, while Yasmin accessorised her outfit with a brown fur jacket and green chandelier earrings.

Veteran actress Sheila Hancock, widow of Inspector Morse star John Thaw, has welcomed the progress made in the acting industry against sexual misconduct.

‘Things like sex scenes are having more regulations and it’s about time because I’ve been appalled at seeing some of the things young actors have to do,’ the 85-year-old tells me. ‘It’s almost modern-day prostitution. You would think they were trained to be prostitutes at Rada [Royal Academy of Dramatic Art]!

‘It’s outrageous, and now they’re beginning to say: “No, I’m sorry but I don’t want to do that.” I’m delighted.’