Shareef O’Neal is ALMOST ready to hit the hardwood again … the UCLA star tells TMZ Sports he’s just a month and a half away from a return to the court!!!

Shareef underwent heart surgery to correct an irregularity back in December … and his post-op pictures showed just how serious the procedure really was. 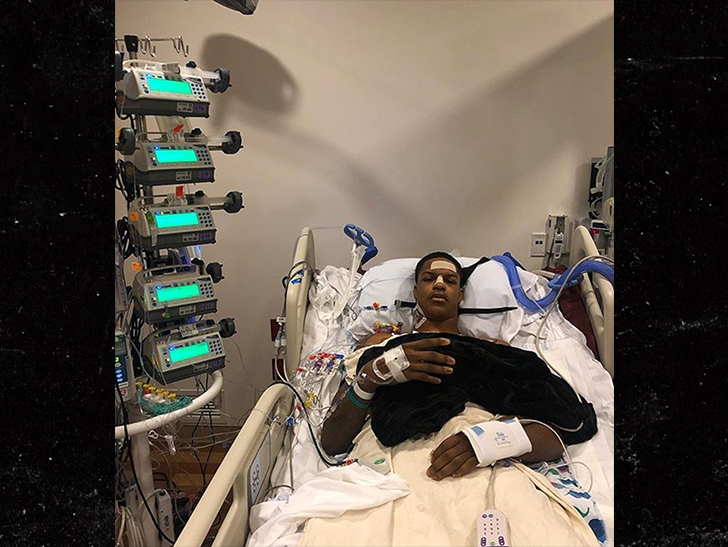 But, when we got the 19-year-old leaving Staples Center on Wednesday night … he was in good spirits — and tells us his first workouts since the operation are just DAYS away.

In fact, Shareef says Shaq will play a BIG role in his gameplan for a return to the Bruins when he’s cleared, telling us his pops, “knows basketball.”

Shareef was an elite prospect coming out of Crossroads H.S. in Santa Monica … and he famously flipped his commitment from Arizona to UCLA late in his recruiting process.

The power forward was expected to be a key piece of the Bruins this season … but his heart surgery sidelined him for his entire freshman season.

UCLA’s clearly missed him … the team is just 16-13 this season and will likely miss the NCAA Tournament if they don’t win the Pac-12 tourney this month.