The creator of Universal Pictures’ upcoming Sing 2 animation wanted to take the sequel to “the next level” even before he’d finished wrapping the first film.

Garth Jennings told today’s Deadline Contenders London that he had his “mind blown” when visiting Cirque Du Soleil in Las Vegas and decided from there that the sequel would move “to the big leagues.”

“We’d already decided we wanted to make the second one before we’d finished the first and then knew we wanted to take it to the next level,” he said.

“I thought it would be so fun if the characters tried to do Vegas. The scale is super ambitious and they would meet all the people you need to meet for the big leagues.”

The film took four years to make, almost double the time that Jennings, who also voices the character Miss Crawly, expected, and was interrupted by the Covid-19 pandemic halfway through.

“Suddenly you’ve got Matthew McConaughey recording from a cupboard; he has some seriously nice shirts,” joked Jennings.

He also spoke of the challenges of creating a “play within a play” and bringing top talent like Bono on board.

“We had grand ambitions and everything felt like a tall order. Sustaining that level of energy through that length of time was heavy going.” 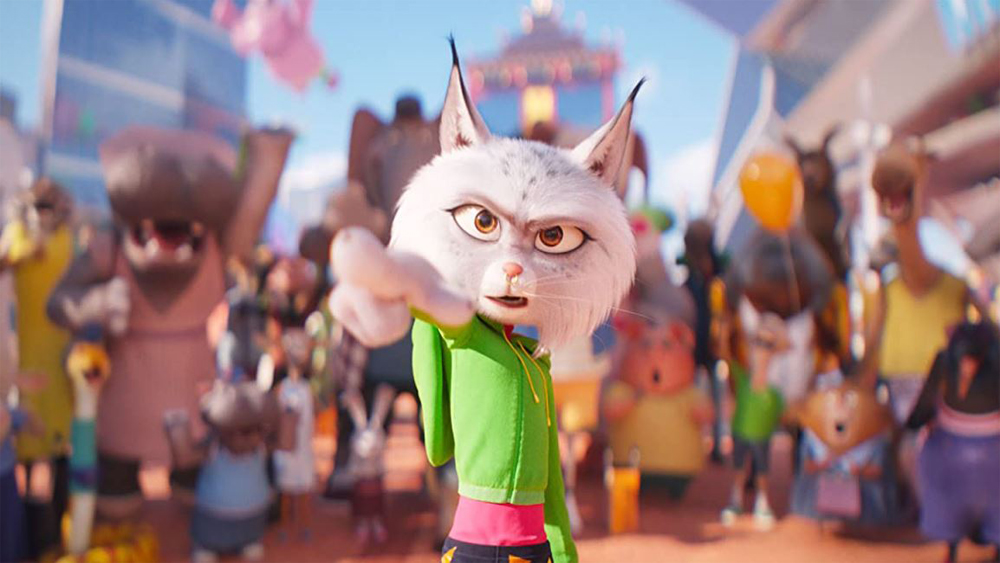 Sing 2 follows after the events of the first movie as Buster Moon (Matthew McConaughey) plans to debut a new show in Redshore City. After making some ridiculous promises to secure the venue, Buster goes on a quest to find reclusive rock legend Clay Calloway (Bono) and convince him to join the show.

Check back Monday for the panel video.