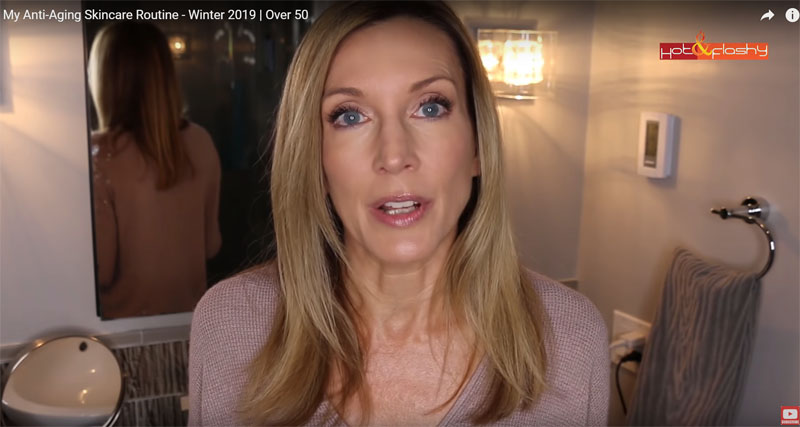 Screenshot from Hot and Flashy on Youtube
My skin broke out late last week and I’m pretty sure it’s due to the Vitamin C serum by Tree of Life. I’m sorry for hyping it so much! I really loved how it made my skin feel and look and bought it as a gift for several people. I’ve stopped using it on my face for now, I’m just using it on my hands, but will work it back in again occasionally. My mom loves the ice roller! She says it works great for hot flashes, she uses it on her neck.

I’ve been watching a skincare channel called Hot and Flashy on Youtube. Angie is 55 and looks amazing and not plastic. You can tell she’s done something, but it looks as natural as possible. I like how honest she is and how much research she does. She has done Botox and Fraxel laser treatment, along with trying Ultherapy and Thermage. She also has before and after photos and videos for everything! Her verdict is that Fraxel and prescription retinol have made the biggest difference in her skin and hooded eyelids. (I think it’s the Botox mostly, but she says she only gets it in the middle of her eyes and forehead. She loves Retin-A and has advice for working it in gradually.). She says Ultherapy and Thermage are not worth the cost. She loves the NuFace device, which I have and use, and recommends it. (Note: I got a NuFace Trinity refurbished on eBay.)

I’m including some skincare because I’m still trying to nail that. Some of it is based on this video from Hot and Flashy of her anti-aging skincare routine. It’s crazy involved! She uses three serums in the morning alone. Unfortunately a lot of the skincare products on Amazon can be counterfeit. Not all are, some have their own brand pages are are direct from the manufacturer. (Highly rated natural skincare brands with their own brand pages include Eva Naturals, Cosmedica, Eve Hanson and Tree of Life.) I’ve looked out for that and am not including many for that reason. You should buy products from The Ordinary direct from their site. (I know I’ve recommended them before, I’m still learning.)

I tried lip plumping gloss and really like it 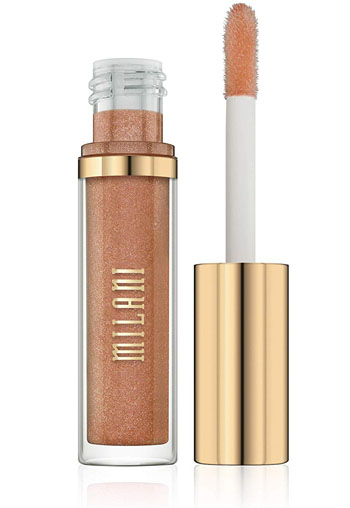 Remember our lip plumping gloss post from last week? I bought the Melani Keep It Full Nourishing Lip Plumper in champagne as an impulse buy at CVS. (I have to stop just going there for one thing.) I really like it and it sort-of works. It makes my lips look a little bigger plus it’s a great gloss. 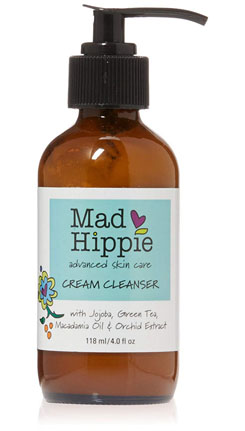 This cream cleanser by Mad Hippie has 50 ratings, 4.3 stars and an A from Fakespot. Reviewers call it “lovely,” “very moisturizing” and say “my skin gets clean but stays soft.” Angie of Hot and Flashy uses this as the second step in a multi-step cleansing process. She alternates this with Cerave hydrating and LaRoche Posay Hydrating Gentle Cleanser, which are similar products. 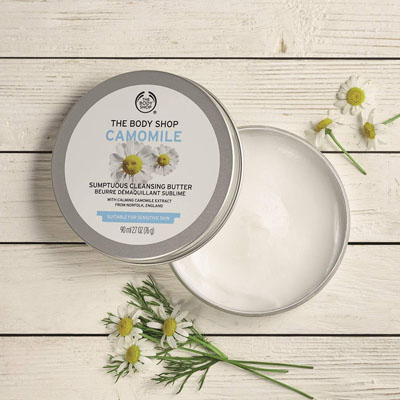 I’m putting this second, even though it’s the first step in removing makeup at the end of the day. I still just wash my face with a gel-based wash, but I’m thinking I should be doing a cream cleanser in a two step process. Angie uses Clinique Take The Day Off Balm, but that’s $30. I found a thread on Reddit which recommended The Body Shop Camomile Sumptuous Cleansing Butter as an affordable dupe. Reviews say that it’s great at removing makeup, that it smells good, and that it doesn’t clog pores. One reviewer says “I have pretty oily skin and some acne trouble but this doesn’t cause me to break out or feel extra oily or anything.” This has 4.6 stars, 133 ratings and an D from Fakespot. I’m including it because all the products I checked in this category had Ds. Redditors say that Ponds Cold Cream can be a decent substitute for this first step, but that it doesn’t wash off as cleanly.

An eyelash and eyebrow-growing serum which actually works 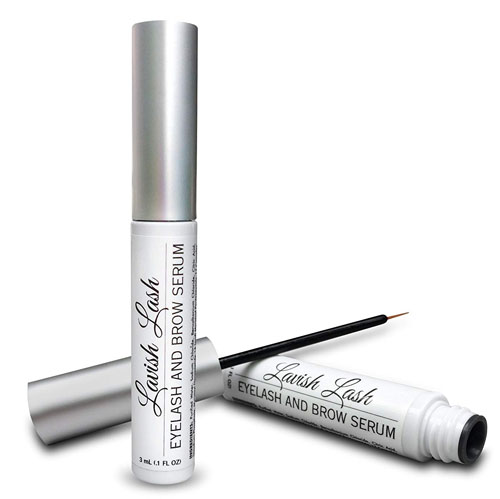 We featured this eyelash serum a few months ago and it was a bestseller. I just bought it for myself finally. This has an F from Fakespot. I didn’t check that before I bought it! One reviewer explains the reason. “You do get a free bottle of this stuff if you give it a 5 star review. BUT, it actually does work. The pictures that people have posted on here aren’t totally realistic, I didn’t see that crazy change over 2 weeks or whatever, but I did notice that my lashes grew. While there wasn’t a wow! change, I had a small section on my lash line that was totally lash-less, and I completely saw new lashes starting to grow there.” This has 4.4 stars and 15,000 ratings. Fakespot considers a lot of them fake due to the free product offer, however the photos are convincing to me and I splurged on it. 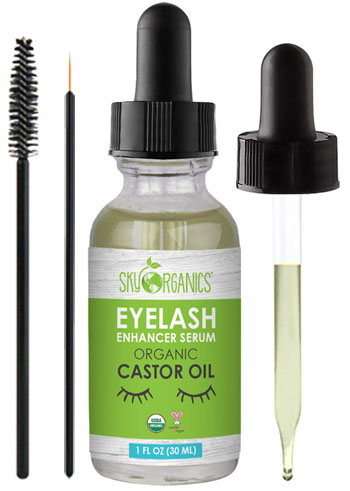 Now that I’m seeing the reviews for this 100% pure castor oil I want to try this for eyelash growth instead. It’s just $12.95 for an ounce of product. Women say they see results in just one week of use. This has 399 ratings, 4.5 stars and a B from Fakespot. Women say “my eyelashes have grown significantly. It’s amazing!” that “my eyelashes are definitely growing” and a few say they “can already see a difference in my lashes” after just one week.

A mineral-based sunscreen with hyaluronic acid 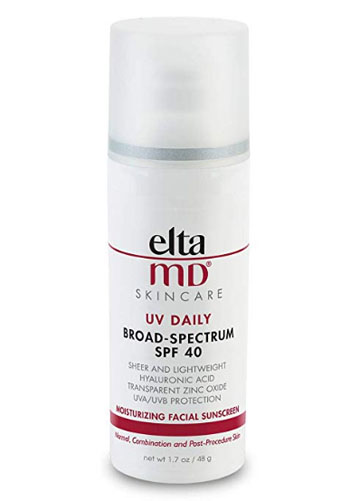 I’m featuring this sunscreen again as I need a more gentle sunscreen for everyday use. This sunscreen by Elta MD has almost 1,300 reviews, 4.4 stars and a B from Fakespot. People call it “so worth it” say it doesn’t bother their sensitive skin, and that it “leaves my skin feeling soft and non greasy.” There’s also a tinted version for days when you don’t wear foundation.

A simple and affordable lamp with a USB port 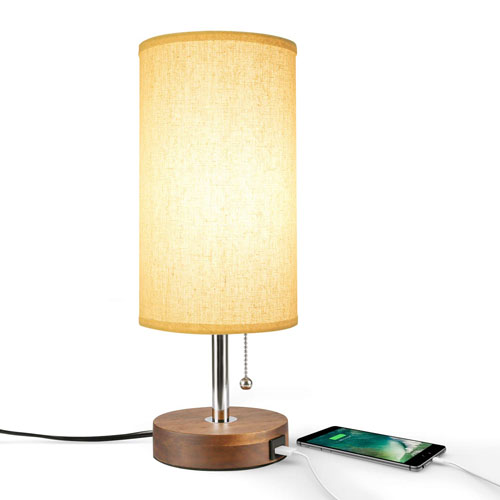 Kaiser asked me for a task lamp that was ambient lighting and not harsh. This under $30 lamp is marketed as for bedside use but it would also work well in an office or living room. It has 4.4 stars, 81 ratings and an A from Fakespot. It also has a little USB port for charging your devices, which is so convenient. Buyers write that it’s a “great value,” a “wonderful lamp” and has “just the right amount of light.”

Thanks for reading and commenting on our affiliate post! 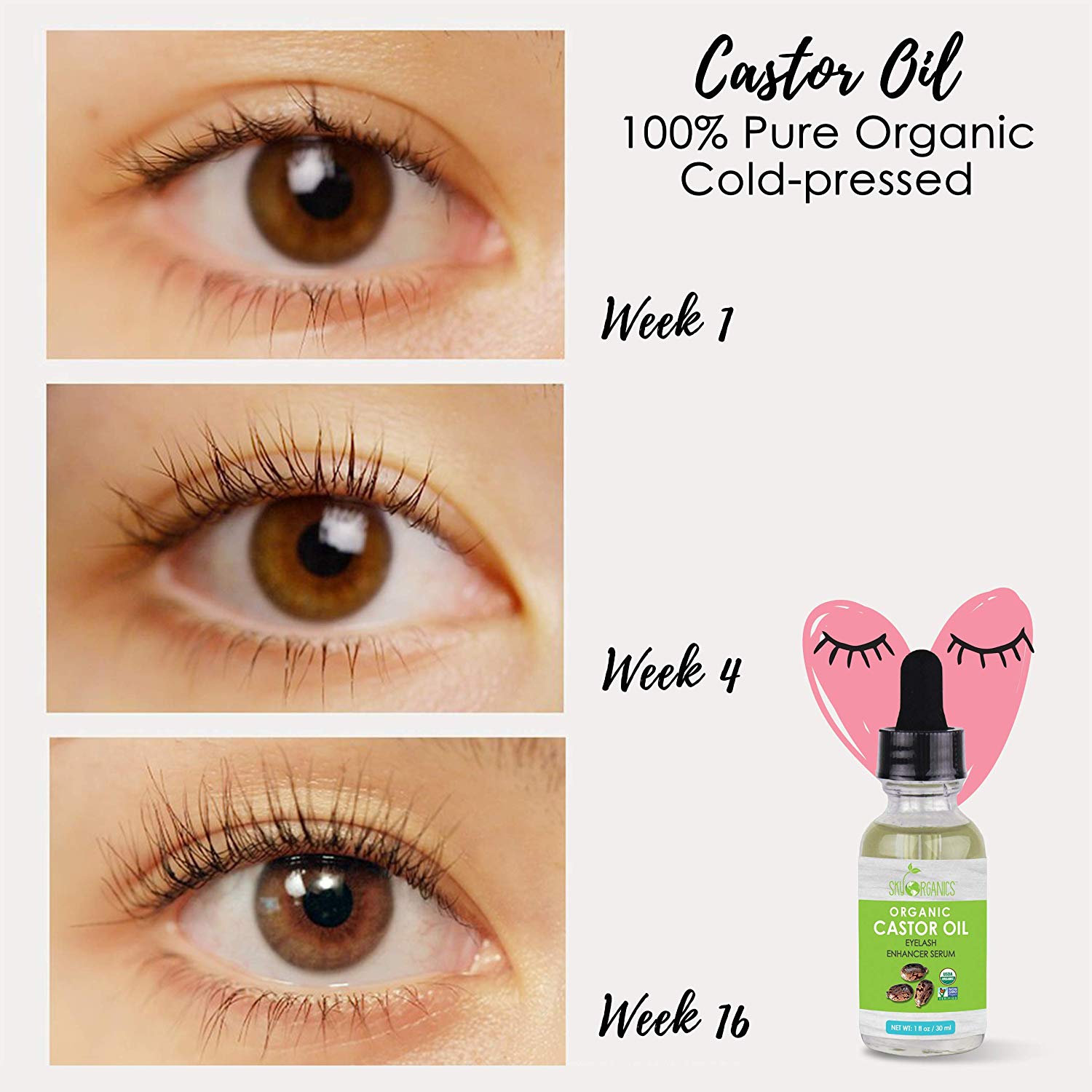 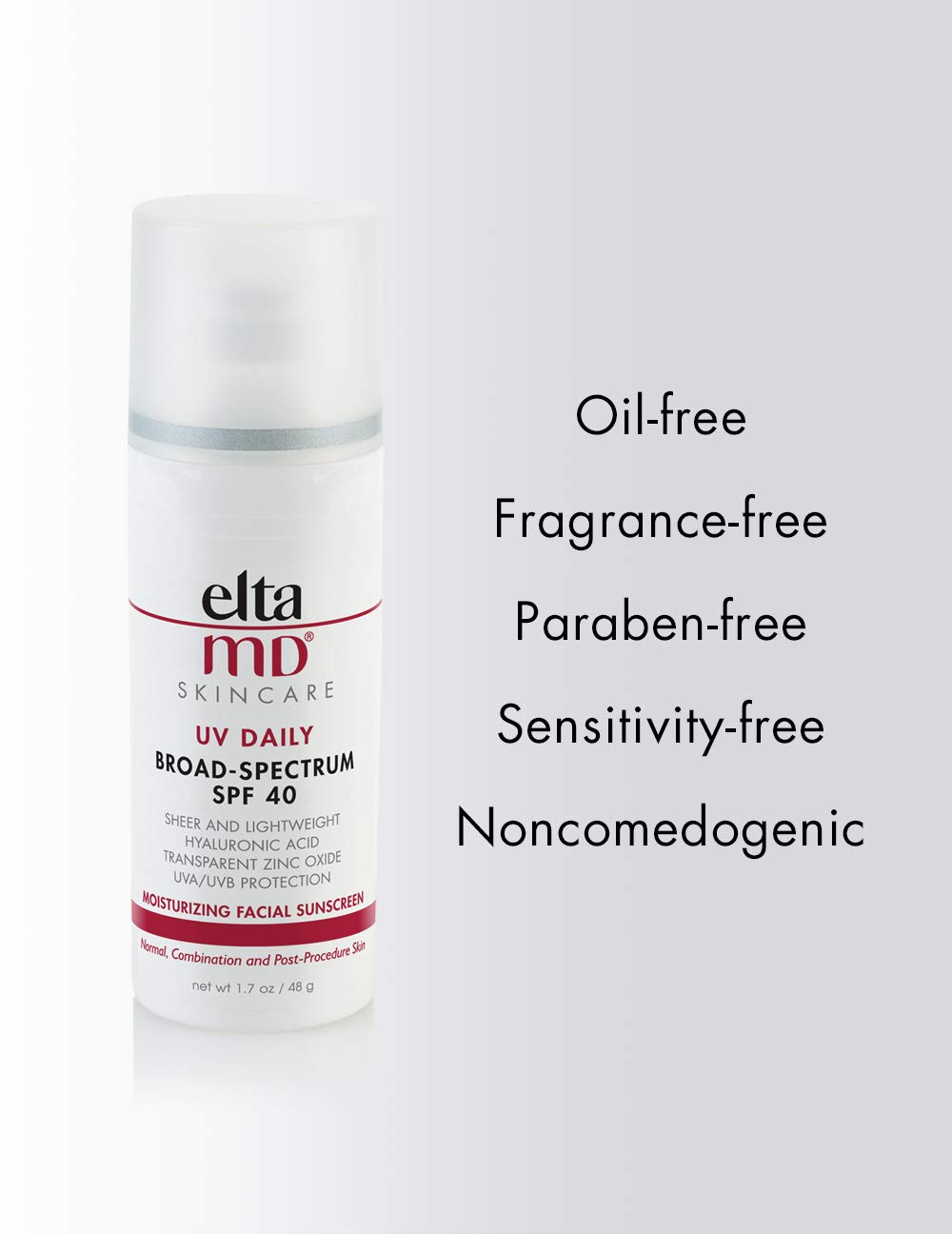