With the classic ingredients of class, sex and politics, it is the scandal that still fascinates nearly 60 years later.

So it is perhaps no surprise that the BBC is retelling the Profumo affair, about the liaison between a teenage showgirl and a married Tory cabinet minister.

Sophie Cookson plays Christine Keeler, whose affairs with War Secretary John Profumo and a Russian spy in 1961 rocked the Establishment. Miss Cookson, 28, best known for the Kingsman films, was pictured filming in Bristol for the six-part BBC1 miniseries The Trial Of Christine Keeler.

Sophie Cookson, 28, looked the spitting image of model Christine Keeler on the set of a film about the scandalous Profumo Affair 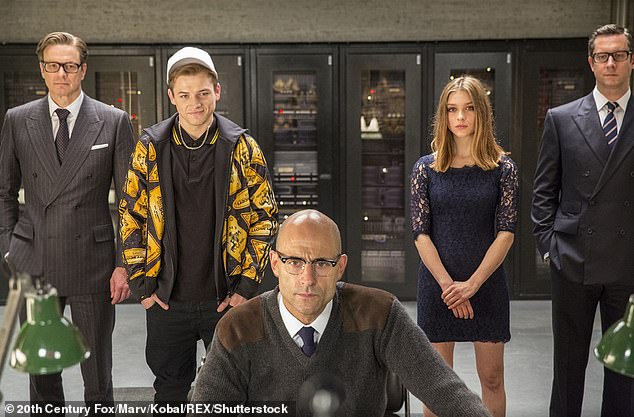 Ms Cookson is best known for her role in Kingsman: The Secret Service (pictured)

James Norton, 33, with under-eye wrinkles and greying hair, plays 50-year-old society osteopath Stephen Ward, who introduced Miss Keeler to Profumo. Ward died from an overdose in 1963 while awaiting sentence for living off the immoral earnings of Miss Keeler and her fellow showgirl Mandy Rice-Davies.

The BBC will be hoping to repeat the success it had last year with A Very English Scandal, a dramatisation of the Jeremy Thorpe affair starring Hugh Grant. 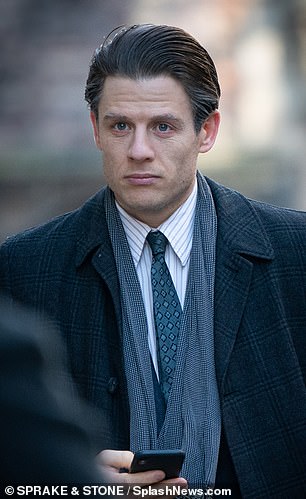 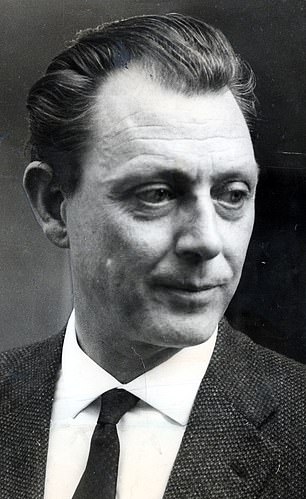