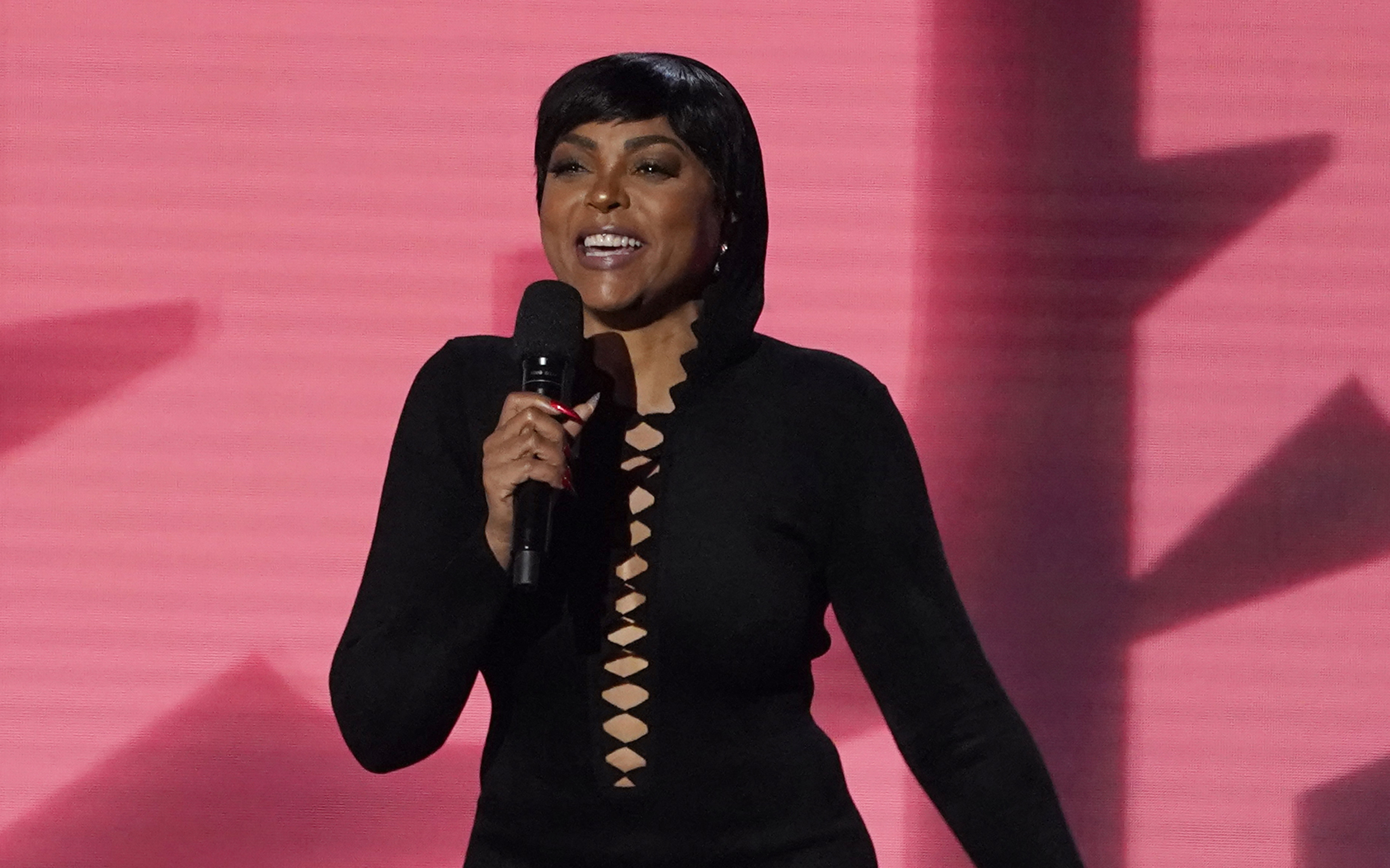 Taraji P. Henson slammed ‘the fact that guns have more rights than a woman’ as she opened the BET Awards 2022 on Sunday.

The Empire actress addressed the US Supreme Court’s recent reversal of the landmark Roe v Wade ruling, which protected the right to abortion across the country but will now allow individual states to make their own laws on the matter, as she launched the ceremony at the Microsoft Theatre in Los Angeles.

The 51-year-old star also praised Lizzo, not only for giving the first performance of the evening with her hit About Damn Time, but for teaming up with Live Nation to pledge $1million (£815,000) to Planned Parenthood and abortion rights organisations.

‘Thank you to the amazing Lizzo, right?’ Taraji began. ‘That’s how you start a show. All this body positivity up in here. And also thank you, Lizzo, for pledging $1million to Planned Parenthood.

She continued: ‘It’s a sad day in America. A weapon that can take lives has more power than a woman who can give life if she chooses to. It’s about time I got that off my chest.’

Taraji went on to add: ‘This night is for you, baby, we back outside! We gonna go off! This is culture’s biggest night, and look at all y’all, Black excellence in the room.

‘We’re going to recognise, celebrate, and honour us. Let tonight be a reminder that we don’t need any other show to give us accolades that we can give ourselves.’

Taraji wasn’t the only person at the ceremony to address the ruling.

Singer Jazmine Sullivan called on men to join protests on the ruling as she accepted the best female R&B/pop artist accolade.

‘To the men, if you’ve ever benefited from a woman making one of the toughest decisions of her life, which is to terminate a pregnancy, you need to be standing with us,’ she said.

‘This is not just a woman’s issue. This is everybody’s issue, and we need your support more than ever …. You all got us? ‘Cause we got you.’