Taylor Swift just wowed at the GRAMMYs! The 31-year-old singer took the stage at the 2021 GRAMMY Awards to perform a medley of “Cardigan,” “August,” and “Willow,” which are all tracks from her 2020 albums, Folklore and Evermore.

The performance opened with the camera focused on Swift’s serene face as she lay on a grass roof of a cabin, dressed like a fairy-tale goddess in a custom long-sleeved bohemian blue-and-gold gown by Etro with a high slit against the backdrop of the Folklore and Evermore woods. She topped off her ethereal look with jewelry and hair piece by Cathy Waterman. 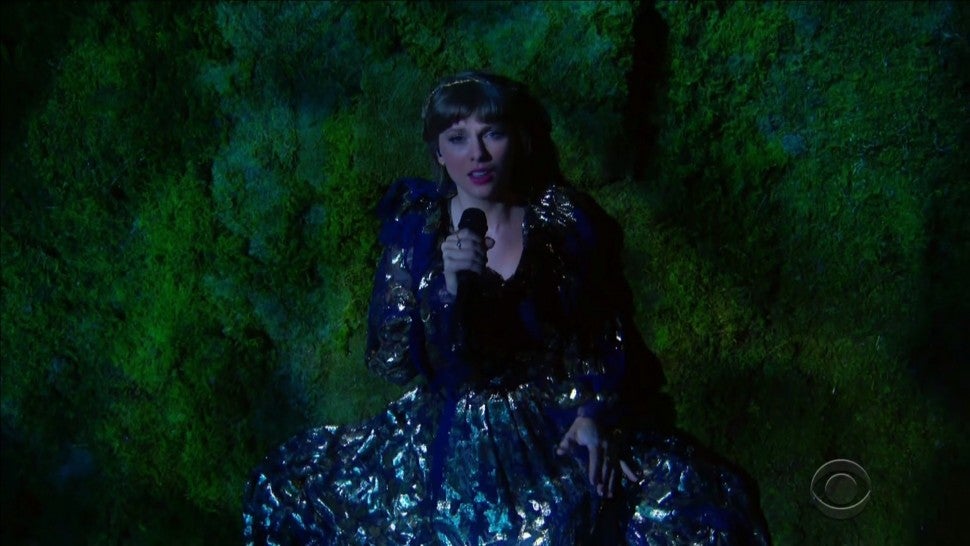 Swift was joined by collaborators Jack Antonoff and The National’s Aaron Dessner for the medley performance.

Swift’s first of three songs was “Cardigan,” the debut single off Folklore, singing the lead single for her latest musical era to perfection.

Then she joined Antonoff and Dessner, who were seated inside the cozy, dimly lit cabin as they segued to “August,” another song off Folklore. Antonoff and Dessner sandwiched Swift for the song, about a fictitious love triangle that weaves throughout complementary songs “Cardigan” and “Betty.” 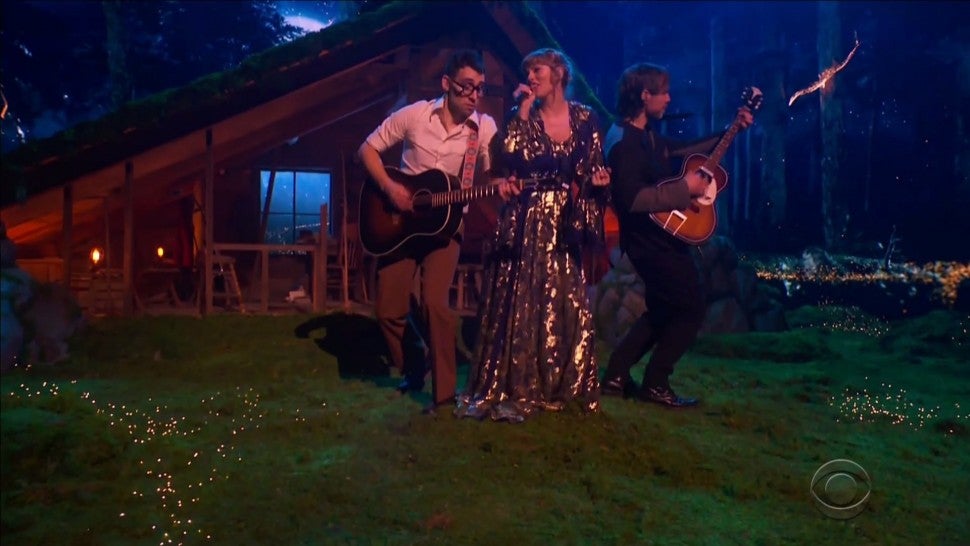 To close out the performance, Swift — alongside Antonoff and Dessner — walked out of their cabin set for “Willow,” the lead single for accompanying album Evermore. 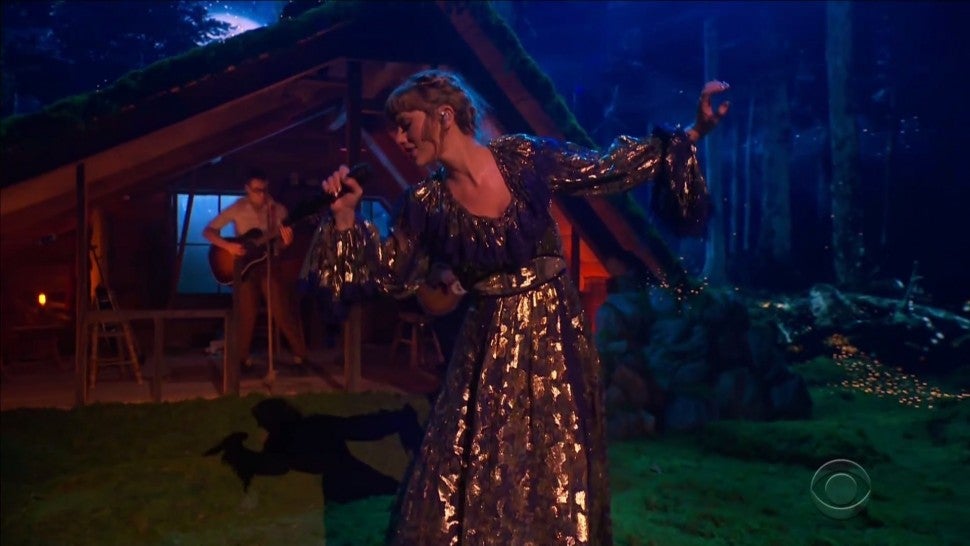 Swift’s up for six awards at Sunday night’s show, including Album of the Year (for Folklore), Song of the Year, Best Solo Pop Performance (for “Cardigan,” but the GRAMMY went to Harry Styles’ “Watermelon Sugar”), Best Duo/Group Performance (for her duet with Bon Iver, “Exile,” but the award went to Lady Gaga and Ariana Grande’s “Rain on Me”) and Best Pop Vocal Album. She was also nominated for Best Song Written for Visual Media for the song she wrote for Cats, “Beautiful Ghosts,” but lost out to Billie Eilish’s theme for the upcoming James Bond film, No Time to Die.

Swift’s big GRAMMY night comes after she officially canceled her Lover Fest concerts due to the ongoing COVID-19 pandemic, after initially postponing them.

“This is an unprecedented pandemic that has changed everyone’s plans and no one knows what the touring landscape is going to look like in the near future,” Swift wrote in part on her Instagram Story. “I’m so disappointed that I won’t be able to see you in person as soon as I wanted to. I miss you terribly and can’t wait till we can all safely be at shows together again.”

Watch the video below for more on Swift.

Get the complete GRAMMYs winners list, plus GRAMMY Awards live updates at ETonline.com.