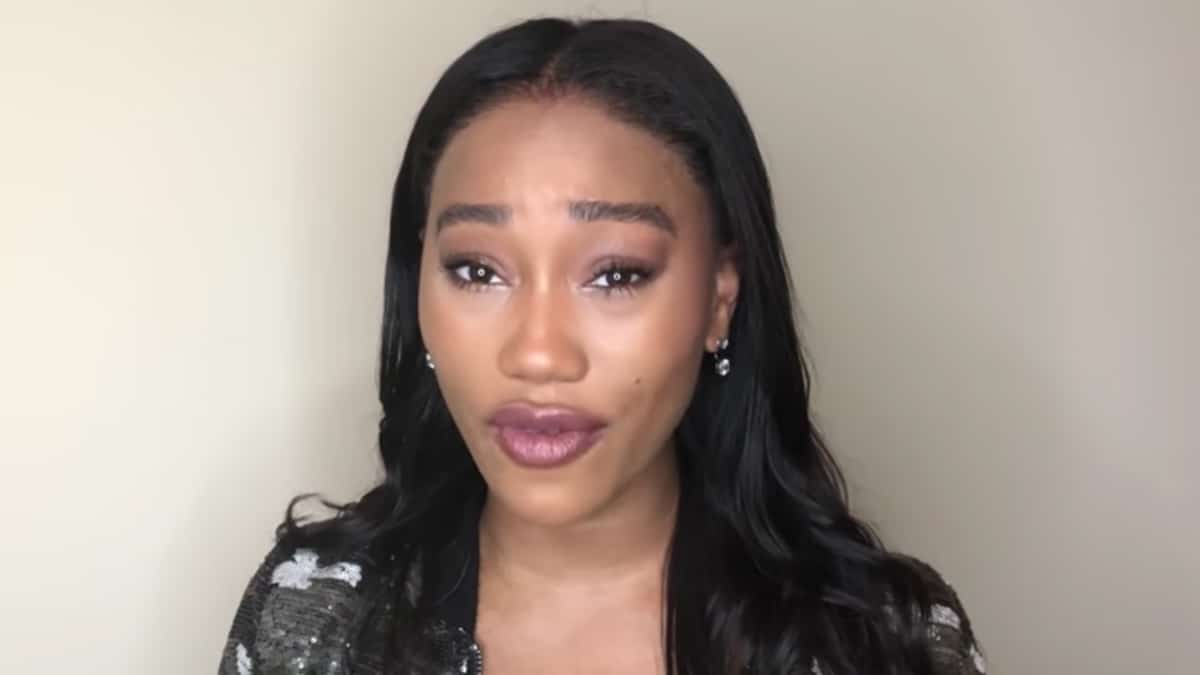 Tee Tee from Growing Up Hip Hop dropped a spoiler for the upcoming episode of the WEtv series on the Domenick Nati Show today when she named Briana and Eric as the biggest feud on the show. She also admitted her love for Drake and told the funniest story about how Pepa tried to set them up.

While talking to Domenick Nati earlier today, Tee Tee spilled the beans on tonight’s episode, revealing that a fight between Lil Eazy E and Briana Isaacs was going to be shown.

It’s been two weeks since Briana freaked out on Eric and in a recent sneak peek of the show, it was teased that she is going to throw a drink on him.

It looks like the drama is ramping up on the show when even Tee Tee says the Los Angeles cast is usually pretty laid back.

Tee Tee also shared another story, one that won’t make it on-screen.

When asked about her celebrity crush, Tee Tee quickly admitted that she wants to marry Drake. She even promised Nati an invite to the wedding if he could make it happen.

Then Tee Tee admitted that she already had one shot at the God’s Plan rapper when her aunt Pepa introduced them. She admitted to messing the whole thing up after Pepa put her on blast in front of Drake and all of his friends.

Be sure to listen to the interview above because the Drake story is pretty funny. After that kind of embarrassment, Tee Tee probably deserves another chance.

Growing Up Hip Hop airs on Thursdays at 9/8c on WEtv.